Research on kratom's side effects has deemed products made with this plant to be a public health threat.

Kratom tea has been touted as a treatment for pain, anxiety, and depression—and a way to ease symptoms of opiate withdrawal. It is marketed as a safe, plant-based treatment for these conditions, as well as a way to achieve a "natural high." People also use kratom for its stimulating effects to heighten sexual performance and enhance physical endurance.

However, there is insufficient evidence to back up any of these claims, according to the National Institute on Drug Abuse (NIDA). In 2018, the Food and Drug Administration (FDA) announced that they sent warning letters to two sellers of kratom tea for making health claims that are not supported by research.

Furthermore, kratom tea may be dangerous: The FDA warns people not to use it and believes kratom has the potential to be a substance of addiction, abuse, or dependence. The FDA also has reasons to be concerned that kratom is not safe, but admits more research is needed.

Here's what you need to know about kratom tea and its potential dangers.

Kratom tea is made by brewing the leaves of the kratom tree, which is native to Southeast Asia, or by mixing kratom leaf powder into boiling water. "The leaves contain mitragynine, a chemical that evidence suggests works similarly to opioid pain relievers such as morphine and codeine," California-based nutritionist Maggie Moon, MS, RD, told Health. Kratom can also be chewed, smoked, or taken as a supplement in capsules.

Kratom is thought to act as a stimulant in smaller doses. In larger amounts, it has a sedative effect, according to the NIDA.

As for easing opiate withdrawal, not enough evidence exists to determine if kratom is effective, Moon said. The FDA announcement also states that no substantial studies show that kratom can help with opiate withdrawal symptoms, nor have there been studies on how kratom, when combined with other substances, may impact the body, its dangers, potential side effects, or interactions with other drugs.

Research published in Neuropharmacology in 2018 found that doses of 5 to 8 grams can lead to side effects such as nausea, vomiting, loss of appetite, loss of muscle coordination, increased urination, dizziness, constipation, rapid heart rate, sedation, sweating, and dry mouth.

In May 2019, the journal Pharmacotherapy analyzed data from the National Poison Data System, which tracks calls made to the 55 poison control centers across the United States. The data showed that over 2,300 people had called in concerned that kratom had made them or someone else ill.

The effects in larger kratom doses can be more serious, and these include a strong euphoric high, anxiety, slowed breathing, changes in heart rate, constipation, seizures, coma, and even death. For these reasons, the FDA warns people to stay away from products containing kratom.

In fact, the Centers for Disease Control and Prevention (CDC) reported 91 deaths caused by kratom products in the period from July 2016 to December 2017. The CDC also reported that fentanyl, heroin, benzodiazepines, prescription opioids, and cocaine were found in some of the 152 people who died with kratom in their systems in that same period.

Side effects of kratom are worsened when kratom is taken with other drugs. The FDA noted that kratom may be laced with other opioids like hydrocodone and has been associated with liver damage and withdrawal symptoms.

Kratom is a controlled substance in 16 countries. Even though it is legal in the U.S., as of 2022, several states ban it. Other states are also working to either ban it or impose regulations on it. Kratom is marked as alternative medicine and is unregulated—meaning the FDA cannot monitor the purity of the herbs being used.

Kratom can be found in stores that sell supplements under a number of names. It can be purchased online, as kratom powder or kratom capsules, with many supplements listing the kratom dosage as 500 mg. A physician can't prescribe it.

Even if you live in a place where it's available, it's best to avoid it, advised Moon. "Given the FDA advisory regarding the risks of using kratom, people should not be taking this substance or any product that contains it," said Moon.

Even though kratom is legal in some places, your best bet is to avoid it anyway. Kratom has not been found to be safe, and it may cause side effects and even death. There is also not enough evidence to support the claims that kratom can treat medical conditions. 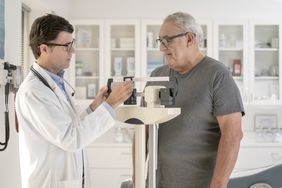 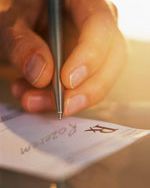 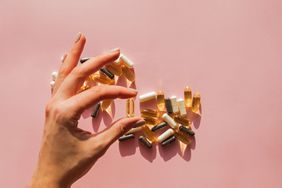 What To Know About 'Immune-Boosting' Supplements 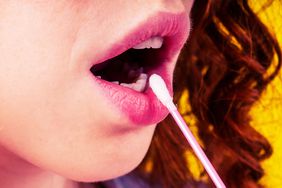