Is That Supermarket Sushi Safe?

The truth about those rolls at supermarkets and convenience stores.

Sushi was once a rare treat in the United States. But nowadays, you can grab a spicy tuna roll or California roll anywhere. You'll find sushi offered in self-serve coolers at the airport, grocery store, and even at your local drugstore. Perhaps you're wondering just how safe is it to get your raw-fish fix just steps from the shampoo aisle. Turns out it's safer than you'd think.

When purchasing your sushi, if there's no sushi chef out front, then an outside facility is likely sending it into the store. The largest such supplier is Fuji Food Products, which ships sushi to some Target, Walgreens, and Trader Joe's stores, among other chains. At six factories countrywide, machines turn out rolls that are then sent to their destinations several times a week. Like any food purveyor, Fuji is held to safety standards set by the U.S. Food and Drug Administration (FDA).

Why It's Probably Safe

Whether made in-house or by a machine, convenience sushi isn't any more dangerous than potato salad, cold cuts, or other prepackaged foods. "We worry about eating raw fish, but"—aside from a rare bacterial outbreak—"we haven't seen problems with it the way we have with E. coli and salmonella in burgers and chicken," says O. Peter Snyder, PhD, president of the food-safety consulting group Hospitality Institute of Technology and Management.

In fact, your tuna roll is more likely to get stinky and unappetizing from spoilage than it is to be contaminated by dangerous pathogens, Snyder says. (Of course, if it smells bad, throw it away.) Surprisingly, the fish doesn't pose the biggest safety risk: The rice does. "If rice is left at room temperature for about eight hours, a bacteria called Bacillus cereus will grow in it, which can make you ill," Snyder says. That's why sushi rice typically is prepared with vinegar. "When rice is acidified to 4.2 pH, Bacillus cereus can't germinate," Snyder explains.

Bottom line: Shop smart, and you can enjoy to-go sushi with confidence.

Tips For The Wary

Any food is potentially harmful if not handled correctly, so follow these guidelines when you're shopping for sushi on the go:

The "Pink Slime" Of Fish

In April, scrape tuna—a yellowfin tuna product made by scraping meat off the bones on the back of a fish, and used in sushi, ceviche, and other fish dishes—was linked with a salmonella outbreak. Nearly 400 people in 27 states got sick. (Fuji Food was not involved in the outbreak.) "Making scrape tuna requires a lot of hand contact, and a lot of surface area is exposed to the air, so it has a higher chance of contamination than a solid slice of fish," food safety expert Snyder says. If you're worried, avoid spicy tuna rolls and others made of chopped-up fish bits. 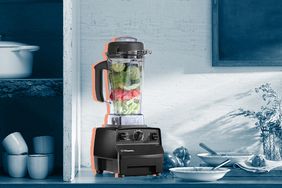 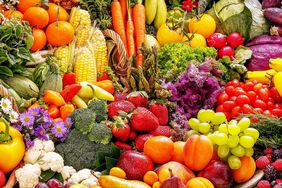