Influence of "Food Deserts" on Eating Habits May Be Overstated

A new study, published this week in the Archives of Internal Medicine, calls into question whether initiatives to increase the healthy food options in urban areas are likely to bear fruit.

WEDNESDAY, July 13, 2011 (Health.com) — Neighborhoods that are short on supermarkets and long on fast-food restaurants and convenience stores have been blamed for contributing to unhealthy diets and obesity in the people who live there. So it makes sense that improving access to fresh produce and other healthy food options in these so-called food deserts would help residents eat better.

Several cities around the country have tried to do just that. New York and Philadelphia have offered financial incentives to corner stores that agree to stock more fresh produce, for instance, and Los Angeles has banned new fast-food restaurants in certain sections of the city already saturated with chains and drive-throughs.

A new study, published this week in the Archives of Internal Medicine, calls into question whether these and similar initiatives are likely to bear fruit. Over a 15-year period, researchers tracked the eating habits of thousands of people in four major cities, and, contrary to the conventional wisdom surrounding food deserts, found that living close to a supermarket had no measurable impact on fruit and vegetable consumption or the overall quality of a person's diet.

Simply adding a supermarket to a neighborhood may not be enough to change unhealthy eating habits. These stores must also sell healthy food that is affordable, high quality, and appealing to shoppers, says Janne Boone-Heinonen, PhD, one of the study's coauthors and an assistant professor of epidemiology at Oregon Health and Science University, in Portland.

"Having access to food stores that sell healthy options is critical, but it needs to be accompanied by approaches that address other factors," says Boone-Heinonen, noting that the study did not distinguish supermarkets stocked with fresh produce from those selling rotten bananas.

Troy Blanchard, PhD, an associate professor of sociology at Louisiana State University, in Baton Rouge, says the study may cause some experts to reassess how a person's environment affects his or her diet.

"The food-desert idea was exciting because it suggested that if you live in this kind of food environment, regardless of who you are as a person, you feel some impact from that," says Blanchard, who did not participate in the new research but studies food deserts in rural areas. The findings, he adds, suggest that "the food environment is not as important as we like to think."

In addition to increasing access to supermarkets, grocery stores, and farmers' markets, public health officials also need to address the consumer demand for high-fat, high-calorie foods and the lack of enthusiasm for fruits and vegetables, says Renee Walker, DrPH, a postdoctoral fellow at the Harvard School of Public Health, in Boston, who has researched food deserts in cities such as Boston and Pittsburgh.

"Food preference is a strong indicator of what people buy," she says. "Can we make people salivate looking at a salad like they do looking at a Big Mac ad?"

The study suggests that even the presumed link between the availability of fast food and a person's appetite for it may need to be rethought. The participants weren't as sensitive to the lure of fast food as expected: Living near fast-food restaurants was associated with greater consumption only among low-income men.

The underwhelming relationship between fast-food availability and consumption seen in the study echoes a 2009 analysis of the Los Angeles fast-food ban by the RAND Corporation. The researchers concluded that discouraging fast-food consumption will likely require more than just scaling back the number of restaurants in a neighborhood, and may call for other approaches such as calorie-labeling on menus.

The new study, which included more than 5,000 white and black adults in Chicago, Minneapolis, Oakland, and Birmingham, Ala., is perhaps the strongest on this topic to date. It is the first in the U.S. to survey the eating habits and access to supermarkets and restaurants of individuals over a long period of time, and the researchers carefully controlled for a range of key extenuating factors such as educational attainment, income, and the level of poverty in a neighborhood.

Although it's tempting to conclude from the study that ongoing efforts to improve food environments aren't like to be successful, Boone-Heinonen stresses that initiatives to increase access to healthy food should be diversified rather than abandoned.

Blanchard, moreover, cautions that the findings may apply only to cities. Some experts consider rural areas in states such as Mississippi—where there may be no supermarket for 10 miles and hardly more fast food restaurants—the true food deserts, and improving the food environment in these areas may require different solutions than in major cities, he says. 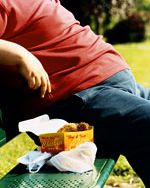 Is Your Neighborhood Making You Fat? 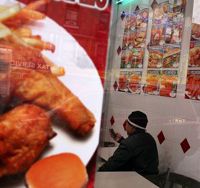