Light roast, dark roast, morning wake-up, and lunch pick-me-ups, Many of us drink our coffee black—no cream, no sugar, just straight up. According to a few headlines circulating online and a study by the University of Innsbruck Austria, published in the journal Appetite, a preference for bitter black coffee might indicate you have antisocial psychopathic traits. The same goes for people who enjoy other bitter foods and beverages, like tonic water, kale, broccoli rabe, and radishes.

We were, of course, curious to know more, so we dug up the original study on which these claims are based. We also looked at some of the other research on taste preferences and personality traits. It turns out, a fondness for bitter foods is linked to some pretty dark characteristics. But it's also not as straightforward as some articles have made it out to be.

That study in the news—the one linking coffee to psychopathic personality traits—was actually published in 2016. The study authors wrote in their introduction that "some connection between taste preferences and personality has been established, yet the evidence is still scarce."

Previous studies had shown, for example, that people with increased preferences for sweet foods were also more likely to have high levels of agreeableness and neuroticism. In other research, exposure to bitter tastes has been linked to harsher moral judgments and hostile thoughts and behavior.

If those things are true, the study authors hypothesized, it may also be true that people who prefer bitter foods—and consume them regularly—are more likely to have "malevolent" personality traits.

To find out, the researchers put together two experiments.

In the first experiment, the researchers used an online tool to survey 500 adults of varying ages and education levels. The participants were asked about their preferences for various foods representing the following:

Respondents were also asked how much they liked foods and beverages from these groups, in general. Participants also took four different personality tests.

The second experiment was similar, except that the researchers also asked participants to rate the sweetness, bitterness, saltiness, or sourness of each of these food items individually. They did so in order to assess whether people really felt those foods belonged in their specific categories. "Drinking coffee with sugar and milk, for example, successfully masks most of its bitterness," they wrote.

But back to the results: The researchers found that bitter taste preferences were "positively associated with malevolent personality traits," especially everyday sadism and psychopathy. "Taken together, the results suggest that how much people like bitter-tasting foods and drinks is stably tied to how dark their personality is," they wrote.

In the first experiment—but not the second—bitter taste preference was also linked to narcissism and Machiavellianism, traits that involve a willingness to manipulate and exploit others in order to achieve one's goals.

Together, narcissism, Machiavellianism, and psychopathy make up what psychologists call the Dark Triad of personality traits.

So what does this mean for people who drink their coffee black or love eating bitter greens? Probably not a whole lot. Steven Meyers, PhD, professor of psychology at Roosevelt University, reviewed the study for Health and says it found only a "very small association" between taste preference and personality.

"The findings need to be interpreted with caution, and the results would need to be replicated by others before they deserve widespread attention," he says.

The link between bitter taste preference and antisocial personality traits was significant only when the study authors used certain measurement techniques, Meyers explains, and it disappeared when the authors asked respondents how much they actually preferred specific foods on their "bitter" list. "Perhaps this suggests that antisocial people have a more provocative way of responding to survey questions when they are asked in general terms about themselves," he says.

In addition, a person's taste preference explained less than 5% of their likelihood of having dark personality traits. "This is a very small percent in psychological research," Meyers says.

In other words, "you are more likely to learn whether a person has aggressive or psychopathic tendencies in a restaurant by watching how they treat you or their waiter," Meyers says, "compared to watching how much they enjoy their bitter foods and drink."

The study authors also point out that there are plenty of other things that influence taste preferences, including genetics and societal norms. And there are plenty of foods that might initially be aversive to us—including beer, wine, chili pepper, and yes, coffee—that we learn to enjoy for various reasons.

"Overall, research relating what people like to eat to their personality is still in its early stages," the authors wrote in their paper.

They do point out that a preference for bitter taste might be a useful "real-world behavioral correlate" of antisocial personality traits, similar to unusually intense eye contact. Nowhere in their study do they say, however, that liking bitter beverages automatically makes you a sadist or a psychopath.

So while these findings may make for fascinating conversation around the office coffee machine, they're certainly no reason to start shunning your coworker who likes her brew black. And, by the way, coffee is good for you! And that's especially true when you go easy on the cream and sugar.

These Personality Traits Are Linked to a Healthier Sex Life
Was this page helpful? 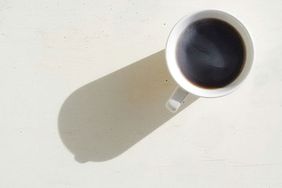