For years, doctors have been telling their patients to eat more fish in order to boost heart health. They may want to start giving out recipes with that advice: According to a new study, how fish is cooked can make a dramatic difference in the heart benefits it provides.

TUESDAY, May 24, 2011 (Health.com) — For years, doctors have been telling their patients to eat more fish in order to boost heart health. They may want to start giving out recipes with that advice: According to a new study, how fish is cooked can make a dramatic difference in the heart benefits it provides.

The study followed the eating habits and health of about 85,000 postmenopausal women for an average of 10 years. Compared to women who rarely or never ate fish, those who ate five or more servings per week had a 30% lower risk of developing heart failure—but only if the fish was baked or broiled.

If the fish was fried, it appeared to be harmful, not healthy. Eating just one serving of fried fish per week was linked to a 48% higher risk of heart failure, even after the researchers accounted for the participants' overall diet (including french fries and other fried foods) and medical histories.

"How you prepare fish is just as—if not more—important than the type of fish in terms of seeing benefits," says the senior author of the study, Donald Lloyd-Jones, MD, the chair of preventive medicine at the Northwestern University Feinberg School of Medicine, in Evanston, Ill. "This may not be earth-shattering news, but it is important to get people focused on a healthy diet, because that is what helps us avoid disease."

Nearly 6 million people in the U.S. are estimated to suffer from heart failure, a chronic condition in which a weakening heart is unable to pump an adequate amount of blood and oxygen to the rest of the body. Heart failure is often a result of heart disease, high blood pressure, and other chronic conditions, and it kills 1 in 5 people within a year of diagnosis, according to the American Heart Association (AHA).

In a separate analysis, Lloyd-Jones and his colleagues also found that some types of fish appear to be healthier than others. Eating dark, oily fish such as salmon and mackerel was associated with a lower risk of heart failure, whereas eating tuna fish or white fish such as sole and cod were not.

The findings, which appear in the AHA journal Circulation: Heart Failure, "reinforce current dietary recommendations" that encourage eating fish as part of a balanced diet, says Gregg Fonarow, MD, codirector of the preventative cardiology program at UCLA, who was not involved in the study. "In light of this new study, greater emphasis on encouraging baked [or] broiled fish and dark fish—salmon, mackerel, and bluefish—should be considered."

Dark fish may be especially beneficial for heart health due to its high content of omega-3 fatty acids, good fats that appear to reduce the risk of heart disease by lowering inflammation, blood pressure, and cell damage. (Atlantic salmon, for instance, contains roughly three to six times as much omega-3s as cod or sole.)

There may be more to it, however. Using detailed diet questionnaires, the researchers estimated the study participants' total intake of omega-3 fatty acids (including from fish oil supplements), and found no link between omega-3s on their own and reduced rates of heart failure.

This suggests that it's the whole fish—rather than its component parts—that provides heart protection, Lloyd-Jones says. "Pills just don’t have the same benefits," he adds. "It’s a mistake to think that we know all the benefits of fish, and clearly not all of those benefits come from omega-3s." 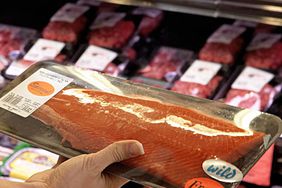 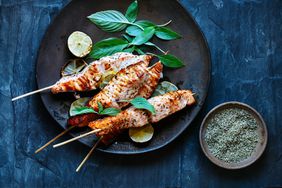 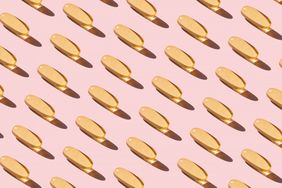 7 Potential Benefits of Fish Oil, According to a Nutritionist