10 Things You Must Know About Asian Takeout

Hold on to your chopsticks: Our experts spill the (soy)beans on what's healthy—and not—at Chinese, Japanese, and Thai eateries.

Kate Ashford (she/her) is a freelance journalist and content writer who specializes in personal finance, work, health and consumer trends. In addition to being a contributing writer for Forbes and Monster, her work has appeared in more than 20 national outlets, including AARP, the BBC, Family Circle, Good Housekeeping, Money, NerdWallet, Parents, and WebMD. She has appeared on CNN, ABC, CBS and local New York TV stations, as well as several radio shows, and she was nominated for a Business Journalist of the Year Award in 2008. She attended the University of Virginia for her undergraduate degree (go Hoos!) and Northwestern University for her master's. She lives in Westchester, New York with her husband and two daughters, and when she isn’t at her computer, she dabbles in terrible puns, indoor climbing and triathlons.

You know a little something about how to order healthy at Asian restaurants. Brown rice trumps white, summer rolls are lower cal than egg rolls, and you should run from General Tso's anything. But with the explosion of Asian fusion, figuring out what to order can be as murky as a bowl of freshly stirred miso soup.

"There are hidden fats and preparation details that can really keep you guessing," says Angela Ginn, RD, a spokesperson for the Academy of Nutrition and Dietetics. And those unknowns can double, even triple, the calorie count and fat content of a dish. Here's how to dig in without blowing your diet.

Before you make an appetizer out of those delicious fiber-packed soybeans, ask how the pods have been prepared. If the answer is that they were simply steamed in water, they're an excellent pick, but "some places toss them in oil after steaming them," Ginn reveals. "So what starts out at 120 calories per half cup becomes 220."

That may not seem like a lot, but if you're on a diet, a bowlful could do you in. Solution: Request they serve 'em with no added oil.

It tastes so rich it has to be naughty, right? Actually, at just about 50 calories per quarter-cup, it's one of the lower-cal sauces. "It's not laden with sugar like sweet and sour sauce, either," notes Katie Chin, a chef and author of 300 Best Rice Cooker Recipes.

They seem way healthier than old-school crunchy noodles. But don't be fooled: They're a mix of deep-fried shrimp and starch, and they'll set you back more than 200 calories and 14 grams of fat per handful, says Jessica Ganzer, RD. She suggests sipping a cup of green tea while you wait for your entrée. Otherwise, you could munch away a meal's worth of calories and fat before it shows up.

What could be healthier than ordering a side of green beans? Plenty, if they're from a Chinese menu. Before stir-frying veggie side dishes, "Chinese restaurants traditionally deep-fry them for extra texture," says Brian Ray, co-executive chef at Buddakan in New York City.

What's more, some veggies absorb oil the way sponges drink in water, explains Ganzer. "Eggplant soaks up oil and sauce like no other vegetable," she says. Opt for less sponge-like veggies such as broccoli, snow peas, or peppers. Plus, ask them to stir-fry only and go light on the oil.

The same goes for steamed dumplings

Sure, steaming saves calories, but whether it's enough to matter depends on what's inside. A steamed pork dumpling is around 80 calories—just 10 fewer than the pan-fried version. Those stuffed with vegetables, on the other hand, are about 35 calories apiece.

So if you love the pork version and can stop at one dumpling, go for it. But if you're, well, only human and tend to enjoy a few at a sitting, try the steamed veggie dumplings—three will save you more than 130 calories and nearly 10 grams of fat over their steamed pork brethren. Bonus: "Veggies naturally have a lot less sodium than shrimp or pork," notes Elisa Zied, RD, author of Nutrition at Your Fingertips.

Sure, it'll cost you more in the calorie department—a main-dish veggie stir-fry is about 370 calories per serving versus around 140 for its steamed counterpart—but the pay-off in flavor may be worth it. "Steamed vegetables are the best option, but stir-fried is OK too, as long as a minimal amount of oil is used," says Ming Tsai, chef and owner of Blue Ginger in Wellesley, Massachusetts, and host of Simply Ming on PBS.

Plus, you'll get the added health benefits of ginger, an anti-inflammatory, and garlic, which is loaded with antioxidants. As for that "minimal amount," just ask them to use as little oil as possible.

It's often shrimp! A serving at P.F. Chang's clocks in with about 30 percent less sodium and nearly 200 fewer calories than the veggie version. Wondering how vegetables could be the less healthy choice? See number 4, above: Asian restaurants tend to drown them in sodium-loaded soy sauce and oil to enhance flavor, Zied says.

Tofu takeout can be a diet wrecker

Not all soy is skinny-making. "Some tofu dishes are high in calories because the tofu has been deep-fried before it hits the stir-fry pan," Ginn reveals. Be sure to ask how it's prepared, and steer clear if it's fried or described as "crispy"—or ask them to use soft or plain tofu instead.

You can have your (sushi) crunch and eat it too

Who needs tempura? There are waistline-friendlier ways to get the texture you're craving. "Request a sprinkling of chopped peanuts, almonds, or cashews on the inside or outside of your roll," suggests Meredith Boyle, the corporate culinary manager at SushiSamba restaurant group.

"Or ask for some crispy salmon skin in the roll," she adds. "You'll get omega-3s and really great flavor along with the crunch."

Chinese and Thai dishes typically contain enough food for two or three people. "It's meant to be family style," says Corinne Trang, a food and beverage consultant and author of Noodles Every Day. So if you're dining out, split with your guy or a friend. Eating in? Portion out half before you dig in—then save the rest for tomorrow's (yummy!) lunch. 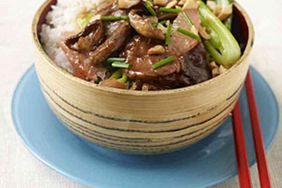 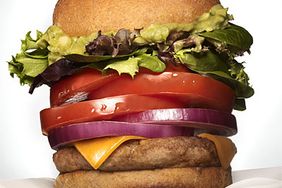 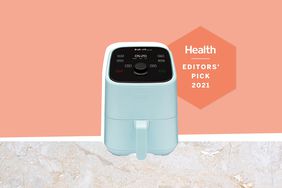 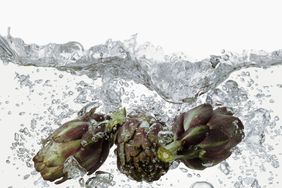