Your Walking Speed Can Tell You How Fast You're Aging

If your stride is on the slow side, you may be most at risk of accelerated aging—and the health issues that come with it.

If your stride has slowed down in your forties, you may be aging faster than you realize. That's the result of a new study, which found that your walking speed at age 45 can be an indicator of your physical and neurological aging.

While previous research has already found a link between an older person's gait and their health, the new study, published this week in JAMA Network Open, specifically looked at hundreds of 45-year-olds to get a much deeper sense of what walking speed reveals about aging.

“How fast people are walking in midlife tells us a lot about how much their bodies and brains have aged over time," lead author Line Jee Hartmann Rasmussen, a postdoctoral fellow who researches aging at Duke University, tells Health. Gait speed seems to be not only an indicator of aging, but also an indicator of lifelong brain health, adds Rasmussen.

In the study, researchers examined more than 40 years of data collected from over 1,000 New Zealanders born between 1972 and 1973.

Starting at the age of three, each study participant was assessed by a pediatric neurologist, who measured everything from intelligence and language/motor skills to emotional and behavioral regulation. After that, each had their health regularly assessed and examined and underwent interviews every few years.

At the age of 45, researchers measure the gait speed of 904 participants using a simple test. The researchers also looked at how quickly they were aging, based on 19 health markers including body mass index, blood pressure, and cholesterol level. Additionally, they conducted the Wechsler Adult Intelligence Scale-IV test, did a brain MRI, and rated facial aging.

After analyzing the data, they compared those participants with the slowest average gait—around 3.9 feet per second—to people with the highest, averaging at about 5.7 feet per second. The results led researchers to three important conclusions.

First, slow gait was associated with “poor physical function at midlife,” according to the study. Despite the fact that most of the midlife subjects walked faster than older adults who were part of the earlier study, researchers made the same associations between walking speed and physical performance that were previously found.

Second, researchers determined that slow walking was associated with accelerated aging—which was not only represented through rapid deterioration of organ systems but by facial aging and structural brain changes as well. Basically, those who walked slower physically aged faster than their speedier peers, and it showed.

Third, the research team made a connection between slow gait and worsened neurocognitive functioning. Those who walked faster, had a higher IQ, and a reduced risk of dementia.

The link between intelligence and gait proved even stronger: Participants whose neurocognitive functioning was lower at the age of three subsequently had slower gait in their forties. Researchers were able to determine how fast a person would walk at 45 by their intelligence at the age of three. “Gait speed at midlife may be a summary index of lifelong aging with possible origins in childhood central nervous system deficits,” Rasmussen pointed out in the study.

10 Secrets of People Who Age Gracefully

So how should people be using this new information?

“Walking seems like such a simple thing, but walking actually requires the function and interplay of many different organ systems at the same time, including your bones, heart, lungs, muscles, vision, nervous systems, and so on,” says Rasmussen. Reduced walking speed can be a sign of advanced aging and deteriorating organ function.

“Keeping healthy and exercising your lungs, brain, heart etc., may improve your physical and cognitive health and thus your gait speed,” she says.

While measuring gait is a common practice with older adults, researchers suggest that incorporating such tests earlier in life may be beneficial. “Because gait speed shows meaningful aging-related variation already in midlife, it may prove to be a useful measure in aging trials aimed at preventing the onset of age-related disease,” Rasmussen pointed out in the study.

She also points to the study’s supplementary invited commentary, provided by Stephanie Studenski, MD, a geriatrician at the University of Pittsburgh School of Medicine. “Gait speed is a simple, inexpensive indicator of well-being across adulthood. Let’s pay attention and use it,” suggests Dr. Studenski in his commentary.

Carolyn Fredericks, MD, Yale Medicine neurologist and expert in Alzheimer’s disease and research (who was not involved in the study), also endorses the significance of the findings.

“We knew that these kinds of relationships existed in older people, but to show that they are already present—and very strong—in individuals in their 40s is surprising, and very exciting,” Dr. Fredericks tells Health.

FaceApp Is Cool and All, but Can It Really Predict How You'll Age?

She adds that while the study doesn’t say for certain that improving physical fitness can reverse these changes, “it certainly adds to the overall picture in the literature suggesting that the time to start getting on a healthier track—in terms of our cardiovascular fitness, our diet, our blood pressure—is not when we are older and worried about our memory, but right now.”

How to measure your own gait

You don’t need an expert to calculate how many feet per second you can walk. There's a simple equation to figure it out:

Choose how many feet you are going to walk. This study opted for six meters, equivalent to about 20 feet. Get a measuring tape and mark the distance with tape or a piece of chalk.

Using a stopwatch, determine how many seconds it takes you to walk the distance without exerting yourself. Make sure to walk with your regular pace.

Divide the total distance walked by the amount of time (in seconds) on your stopwatch. For example, if it took you five seconds to walk 20 feet your equation would be: 20 feet divided by 5 seconds equals 4 feet per second. To get a totally accurate read, you might want to try repeating the process a few times. 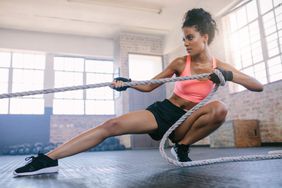 What to Do If Working Out Is Killing Your Knees

What Is Charcot-Marie-Tooth Disease? Singer Alan Jackson Says He Has This Degenerative Nerve Disease 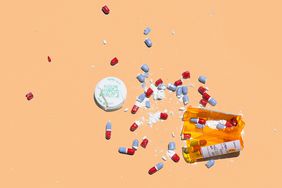 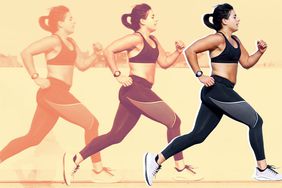 The 9 Best Running Shoes for Plantar Fasciitis, According to Podiatrists 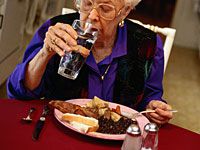