Rage Yoga Is a Thing—and Yes, There Is Swearing Involved

Finally, a workout for those of us with rage issues.

Tranquil music, pretzel shapes, and gentle candlelight may be the hallmarks of the yoga you're used to, but there’s another more casual style of yoga that includes cursing, beer, and heavy metal you need to know about: Rage Yoga.

Lindsay Istace, the founder of Rage Yoga, describes it as “alternative yoga for the modern badass." "It's meant to be a different approach to yoga for those who find their peaceful center in a different way," she says. The practice "involves a little bit of extra chaos and a sense of humor," she says. Think: war cries, heavy metal guitar riffs, occasional dirty jokes, f-bombs, and yes, even drinking. It’s definitely a vibe.

The goal? To make you feel like an empowered badass, to work through what's holding you back, and to become a more resilient person, Istace explains in a video on the Rage Yoga website. Basically, it’s the yoga equivalent of plugging in your headphones, pressing play on Beyoncé's "Flawless," cranking the volume all the way up, and strutting your damn stuff up Fifth Avenue. (Just me?)

As for the actual, you know, yoga part, Istace tells Health that the flow itself incorporates traditional yoga postures and breathing with alternative principles, and the intensity and difficulty depends on the instructor and class. Speaking of the instructors: All of the Rage Yoga instructors have completed a Rage Yoga certification program and also have completed a 200-hour yoga teacher training.

“No matter what you can expect an awesome soundtrack, the opportunity for some emotional release, and to walk out feeling a little more badass,” Istace says.

While it might sound like the opposite of soothing, according to psychotherapist Courtney Glashow, LCSW, founder of Anchor Therapy in Hoboken, New Jersey, cursing actually can allow for an emotional release. “In the right setting, I believe that cursing can be therapeutic because it can allow us to let our anger out, we can use specific words to express ourselves.” In fact, research has shown there are actually some health benefits of swearing.

But, Glashow says, cursing isn't always a good thing. “It’s important to know the difference between using curses to express your feelings versus cursing and yelling and losing control to a point that others around you are concerned for your and their safety.” If you know you have anger issues or you’re going to Rage Yoga as an excuse to really unleash, you may be facing a larger problem and you might benefit from the help of a mental health professional, Glashow says.

The good news is that Istace says she’s never had someone in class lose control, nor has she ever had to talk to anyone about which swear words they use. “There are words that aren't allowed. Any language that puts other people or groups down is not acceptable,” she says. “It’s been a non-issue because we do tend to attract a really open, light-hearted, and accepting group of people.”

What other yogis think of Rage Yoga

With every new yoga trend, there’s a yoga traditionalist calling BS. So we asked yoga instructor Madison Hudson, of Conviction Yoga in Texas, whether she thought Rage Yoga was a not-OK twist on the ancient practice or an awesome way for folks to try yoga.

It turns out she’s not not team Rage Yoga. “A lot of people say that they were really intimidated before trying yoga. I think Rage Yoga could help some people take the seriousness out of yoga and get on the mat," Hudson tells Health. "No matter what style of yoga you’re doing, you’re still doing at least some aspects of yoga. And because of that you’ll get some benefits out of it.” Plus, she adds, if you try a Rage Yoga class and realize you actually want something quiet and slow, there’s always regular yoga!

Yoga instructor and certified personal trainer Abby Wilson of Fit Atelier offers a similar sentiment: "Rage Yoga is definitely a new concept to me, but I don’t hate it! I think traditional and Rage Yoga both have similarities and differences that can benefit everyone, depending on what you need that day."

Istace isn't bothered by other yoga traditionalists who might be more critical of Rage Yoga. “It’s not for everyone," she says, "and that’s OK!”

So should you try Rage Yoga?

Maybe! If you’re so over regular yoga (or too intimidated to try it), or you’re simply someone who finds it easier (or more fun!) to get centered while letting out f-bombs, Rage Yoga could be for you. “I’d encourage anyone who has wanted to try yoga but has been scared off by the traditional atmosphere, anyone who has a traditional practice and wants to shake it up a little bit, or anyone who feels a little like a black sheep inside or outside the studio to give it a try,” Istace says.

You can find an official Rage Yoga class in Calgary or Edmonton in Alberta, Canada or in Houston, Texas. You can also "rage at home" with Rage Yoga online courses.

And hey, if you decide raging really isn't for you, there’s always goat yoga. 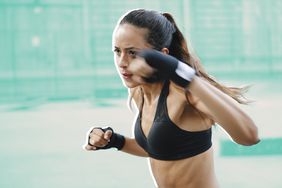 The 5 Best At-Home Boxing Workouts, According to Health Editors 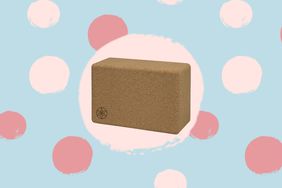 Why Cork Yoga Blocks Should Be Your Next Workout Gear Investment 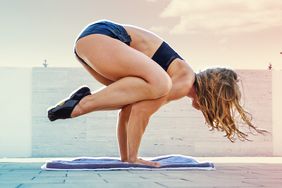 The Best Pairs of Yoga Socks for a Slip-Free Practice 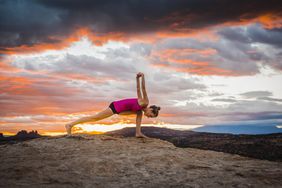 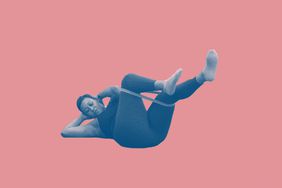