Korin Miller
Korin Miller is a freelance writer specializing in general wellness, sexual health and relationships, shopping, and lifestyle trends, with work appearing in Women’s Health, Self, Prevention, Forbes, Daily Beast, and more. As a health journalist, Korin has reported heavily on everything from COVID-19 to mental health, with a little of everything in between.
health's editorial guidelines
Medically reviewed by
Ashley Baumohl, MPH, RD

Instagram has become the spot for before and after fitness photos, but there's one new program that's been showing up in captions everywhere. It's called 75 Hard, and it encourages followers to make dietary, fitness, and mental health changes.

With all the before and after photos jamming Instagram and TikTok, this is clearly a program people are into. But what's the deal with 75 Hard, and is it right for you? Here's what you need to know.

What is the 75 Hard Challenge?

75 Hard is a program created by Andy Frisella, of the Real AF podcast. "It's gaining a lot of momentum and a lot of steam, and the reason is that it works," he said on his podcast. Frisella explained that he decided to create his program after seeing so many people start and fail fitness programs. So he wrote his own.

Frisella didn't just come up with 75 Hard—he's had success with it, too. He shared before and after pictures on Instagram in June 2019, writing that he was "thankful" for the "perspective" his program helped him gain. He also said that he has "a big part of my life back" after going through the program. (Health reached out to Frisella but did not receive a response by the time of publication.)

How Do You Start the 75 Hard Challenge?

There are six major rules of the program, and you need to do them daily; they're non-negotiable:

Here's the huge caveat: If you skip a step, you have to start back at day one again.

Does the 75 Hard Challenge Work?

"I guarantee you after 75 days, you will look back and say, 'This is the greatest thing I ever did,'" Frisella said on his podcast. "We're talking about how you can go out and fix your brain to a point where all of these other programs that you want to buy and learn how to do will actually take care of themselves because you have the ability to execute consistently."

Plenty of people have created their own testimonials about the program on social media, sharing that they got in shape, and improved their physical and mental health thanks to 75 Hard.

As far as the individual elements of the program, we can look to research to weigh in on these three main points: Choose a diet plan and stick with it; drink a gallon of water a day; do two workouts of 45 minutes per day.

Frisella recommends choosing a diet plan and sticking with it. However, while diet plans can result in weight loss initially, the results don't always last.

A 2020 study published in the British Medical Journal asked participants to report on their results after following a popular diet such as paleo, keto, Mediterranean, or an alternative control diet such as counting macros. The researchers found that most participants experienced weight loss but these desired effects disappeared after a year.

Of course, during exercise, you should replace water lost through sweating. According to the American Council on Exercise (ACE) hydration is a key part of any exercise regimen. Water regulates your body temperature, lubricates your joints, and helps transport nutrients for energy. If you’re dehydrated, you may feel tired, have muscle cramps, dizziness, or other serious symptoms.

The 75 Hard Challenge recommends exercising twice a day for 45-minutes each time, which comes to exercising 90 minutes a day. A 2020 study published in Medicine & Science in Sports & Exercise found that working out can help us lose weight, in part by remodeling appetite hormones. But to benefit, we most likely have to burn at least 3,000 calories a week. In the study, that meant working out six days a week for up to an hour, or around 300 minutes a week.

What Do Experts Think?

Reactions from fitness and nutrition pros we spoke to were mixed. "It's really simple and straightforward," Albert Matheny, RD, CSCS, co-founder of SoHo Strength Lab, Promix Nutrition, and ARENA, told Health. "People tend to be more compliant when there are only a few rules."

But Keri Gans, RD, author of The Small Change Diet, told Health that the program "seems extremely difficult to do. One needs to ask themselves, 'Do I really want a program that labels itself as "hard?"' Because a healthy lifestyle shouldn't have to be hard."

Doug Sklar, a certified personal trainer and founder of PhilanthroFIT in New York City, is also wary of the program. "While mental strength challenges can certainly be beneficial, it's an important distinction here because, as it pertains to fitness and nutrition, there is virtually no guidance in a program that requires two workouts per day," said Sklar. "Exercising incorrectly—poor form, inappropriate intensity, not accounting for rest days—over an extended period of time can be harmful."

In fact, a 2019 study published in Journal of Sports Medicine and Physical Fitness found a 144 percent increase in all workout-related injuries in the years 2012 through 2016 compared with 2007 through 2011.

While two-a-day workouts seem like a lot, Matheny says there's "nothing inherently wrong" with exercising that much. However, he recommends being aware of your own fitness level before you dive in, and adjusting your workout accordingly. "If you haven't worked out before, don't do two HIIT classes a day," said Matheny. "Even walking for 45 minutes twice a day is great."

Sklar points out that programs like this are "targeted towards beginners," and 90 minutes of exercise can be a lot for those who don't really work out much or at all. "Even though it's presented as a mental toughness program, the accompanying pictures are mostly testimonial style 'transformation' photos," said Sklar. "As a result, this presents as a fitness program. While there are benefits to mental strength training, there are safer and highly effective ways to create a lifestyle change that is sustainable."

Experts generally agree that an alcohol-free lifestyle and sticking with a set eating plan are good moves for most people. But Matheny says that his "favorite" part of the program is the requirement that followers exercise outside at least once a day. "People, in general, are really soft in different areas of life—physically and mentally," said Matheny. "This challenges that."

Overall, experts say that whether a program like this would work for everyone depends on several factors, including your personality type and your fitness level going into it. "This program may work for some, but they might be extremely type A or like having a 'drill sergeant' living with them," said Gans. "But there is no denying if you stick to a diet, eliminate cheat meals, and forgo alcohol you will probably lose weight." Gans added this, though: "I'm curious about what happens after the 75 days."

According to the experts we spoke to, there are things to love and things to leave about the 75 Hard Challenge.

Ultimately, like all fitness regimens, one size fits all does not apply. The best fitness plan for you will depend on your goals, current fitness level, and lifestyle. 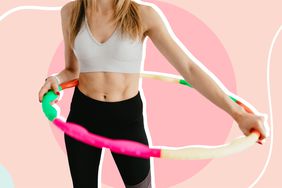 What Is the Body Reset Diet? 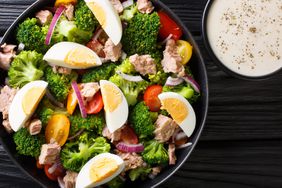