If an exercise seems too good to be true, it probably is—especially when it promises to give you a flat stomach.

Christina Oehler
Christina is a New York City-based writer and commerce editor. She has worked at various publications including InStyle, Shape, Verywell Health, and Health. She also has a RYT-200 certification.
health's editorial guidelines
Medically reviewed by
Suzanne Fisher, MS

Core exercises are rough. Your abs burn, your neck will tense up, and your hips start to feel sore. A toned stomach takes a lot of hard work. But even after knocking out set after set of exhausting crunches, you still may not have washboard abs. So, is it time that you traded crunches for the five-minute Japanese towel exercise? Here's what you should know about whether the TikTok trend helps strengthen your core muscles.

That desirable six-pack is based on genetics as much as they are based on the number of sit-ups and Russian twists. So, when someone tells you about a new quick fix for a toned core—like a hack for achieving a "flat stomach" by simply laying down—it's smart to be skeptical.

What Is the Five-Minute Japanese Towel Exercise

In 2020, TikTok user Tia Bagha posted a video that went viral for promising flat abs. In the video, Bagha demonstrated that if you lay on the floor with a rolled-up towel placed underneath your lower back for five minutes per day for 10 days, you can finally achieve that six-pack you've always wanted.

As Bagha demonstrated in her video, all it takes to complete the exercise is a towel, a yoga mat, and five minutes.

Repeat that process once per day for 10 days, and you will be on your way to toned abs.

At least, that's what Bagha claimed. After sharing the seemingly no-effort exercise on TikTok, the video received millions of likes and thousands of comments. But among the attention surrounding Bagha's video were some criticisms—specifically from Cassey Ho, fitness influencer and creator of a YouTube channel called Blogilates.

"Latest trend that needs squashing? Laying on a towel to get abs in 10 days," Ho wrote in an Instagram post, showing her demonstrating the exercise to prove that it's not a miracle hack for toned abs.

Ho shared that Japanese healthcare provider Toshiki Fukutsudzi invented the method. According to Ho, Fukutsudzi initially presented the stretch to help ease lower back pain and align your spine.

Fukutsudzi also claimed that the move could help you lose weight by correcting the placement of the pelvis. However, Ho explained that the supposed benefit isn't necessarily true.

"If all you had to do was lay down to get abs, we would all have six-packs by taking naps," explained Ho. Ho also added that if you truly desire toned abs, you will have to put in a lot of work on the yoga mat.

And even then, there's a genetic component to six-pack abs. In a study published in 2021 in the journal European Review for Medical and Pharmacological Sciences, researchers stated that several factors influence fat distribution—including genetics and sex hormones. Essentially, all bodies are different.

Your abdominal muscles are made up of sheets of connective tissue that stabilize your core. They cross horizontally over your muscles and look like packs of muscle. Low body fat puts those packs on display, giving the well-known appearance of six-pack abs in some people.

However, each person has a unique number of those sheets, and no amount of core exercises will help you grow more sheets or change their shape, size, or length.

That said, towels may deserve a spot in your core workouts, but not in a viral-TikTok-hack way.

Mallory Creveling, ACE CPT, a personal trainer, explained that while the five-minute Japanese towel exercise isn't necessarily bad for you, it's not going to whip you into shape as some claim it does.

"While the towel trick might benefit body alignment, I'm sorry to say it wouldn't do much for weight loss," noted Creveling. "There's just no quick trick for that."

As Fukutsudzi initially shared, using a towel can help enhance your post-workout stretching routine. It helps you deepen stretches if you struggle with flexibility. It can also help you perform many other core exercises.

"A towel can be a really good tool for increasing core strength," explained Creveling. "You can use it for moves like a body saw, knee tucks, and pike-ups."

Overall, as much as we would love to lay on the floor for a few minutes a day instead of sweating at the gym, toned abs are going to take a little bit of work. 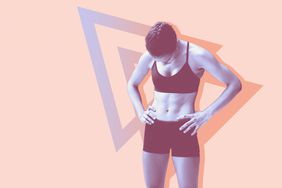 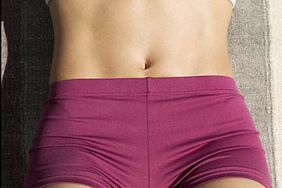 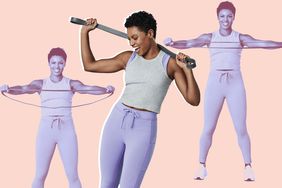 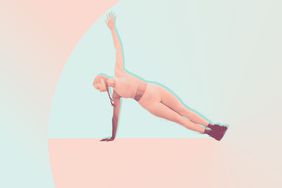 How To Engage Your Core During Exercise—and Why It Matters 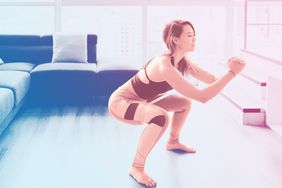 The Best Bodyweight Exercises You Can Do at Home 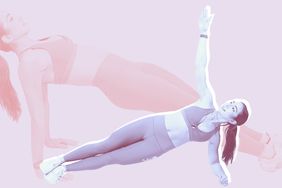 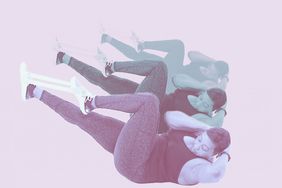 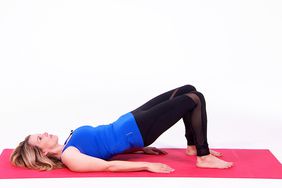 3 Exercises To Strengthen Your Pelvic Floor and Help With Incontinence 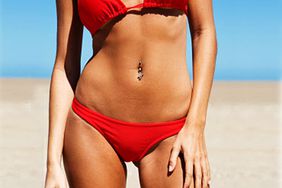