Simon Spichak
Simon Spichak finished his MSc at University College Cork, where he studied the interactions between the microbes in the gut and the brain. He became interested in science communication during his studies and won a national competition called FameLab in 2020. Since then, he has been covering stories in science and tech.
health's editorial guidelines
Medically reviewed by
Robert Burakoff, MD, MPH

An enema is a process where fluids are injected into the rectum to cleanse the colon, stimulate defecation, or administer medication.

Either you or a healthcare provider can perform an enema. There are different devices to perform an enema, such as a bottle or bag. The device is manually inserted into your rectum, and its liquid gets released into the rectum.

The liquid can be made of different ingredients. Some enemas might release medicine to manage a condition like ulcerative colitis, a type of inflammatory bowel disease (IBD) that causes inflammation in the colon and rectum. Other enemas might release a solution to help relieve constipation.

The type of enema, how it’s used, and what liquid ingredients are inside of it depend on why you’re using the enema.

What's in an Enema?

Enemas can have different types of fluids. The liquid solution that should be in your enema is based on what you want the enema to accomplish.

There are other ingredients that you might hear can be used in an enema. Some might not be well-tested for safety and efficacy or might already be considered unsafe. One such enema is a coffee enema.

Coffee enemas are often self-administered as a way to clean your colon. However, there is no evidence that they are safe and effective.

In fact, a coffee enema is considered a higher-risk procedure that may cause:

Because the effectiveness is unclear and there are potential safety risks, researchers have recommended against coffee enemas as part of a self-care routine.

Other home-made enemas, such as those made with soapsuds, hydrogen peroxide, and household detergents, can be irritating to your insides and should be avoided too.

What Is an Enema Used For?

There are different types of enemas. For example, cleansing enemas stay in the body for just a short time, working quickly to flush out the contents of your colon while medicinal enemas stay in your body for longer so that the drug has time to makes its way into your intestines.

If used correctly, enemas can be safe and effective for treating gastrointestinal conditions in both children and adults.

Someone with occasional constipation, like when they travel, might use an enema. Sodium phosphate, bisacodyl, glycerin, and mineral oil enemas are all options for relieving constipation from time to time.

Some people who’ve been constipated for an extended time might develop a large lump of dry, hard stool in their rectum. This condition is known as fecal impaction.

Enemas are commonly used to help move the stuck feces. A warm mineral oil enema can soften and lubricate the stool. Then, you massage the lower abdomen to stimulate the movement and excretion of the hardened fecal matter.

Enemas are used to administer medications directly to the gastrointestinal tract for ulcerative colitis.

Unlike other enemas that cause you to make a bowel movement, the liquid of a mesalamine enema is supposed to stay in for a few hours. People usually perform the enema before bed so the medicine can work in the intestines while you sleep.

There has also been research into whether enemas can help deliver treatment for other types of conditions. For example, one study looked into whether an enema containing antibiotics could help someone who’s infected with certain parasites. The results were positive.

Some enemas help clear the colon ahead of procedures like colonoscopies and sigmoidoscopies (when a healthcare provider uses a camera to look at the lower part of your colon), as well as certain X-rays and surgeries.

The enema helps the body remove any waste so that your bowels can be seen better. This can allow the healthcare provider to properly perform surgery or diagnostic testing. With a clear colon for diagnostic tests, the provider can better detect cancer, polyps, and diseases like IBD.

These types of enemas are known as cleansing enemas and work relatively quickly. Soon after inserting the enema’s liquids into your rectum, you will have the urge to go to the bathroom.

How to Use an Enema

Sometimes, such as in the case of a barium enema, a healthcare provider might perform an enema for you.

Other enemas can be bought over-the-counter and administered at home. Many of the products used to administer the enemas at home are made by the company Fleet. Sometimes, the enema instructions from a healthcare provider might use the brand name Fleet enema when referring to enemas in general.

Here is a general guide for using bottled sodium phosphate enemas at home. Again, these enemas might be used to cleanse your bowels for a medical procedure or to help relieve occasional constipation. It is important to check with a healthcare professional or read the instructions provided in the enema box before using an enema:

If you don’t have an urge to have bowel movement within 10 minutes after using the enema, try to make yourself go. If there is still no bowel movement, reach out to your healthcare provider. This may indicate a serious problem. Leaving the solution in you for too long can lead to dehydration.

It’s recommended that you only perform an enema once a day for no more than three days.

Instructions for using an enema when administering mesalamine differ slightly. Before using your mesalamine enema, you should try to have a bowel movement so that your bowels are empty and the medicine can work better.

Before removing your mesalamine enema protective tip, you should shake the enema bottle to mix the medication.

The insertion instructions are the same as the above numbered instructions. But the amount of time you stay in the position is longer with a mesalamine enema. You should remain in the position for at least 15 to 30 minutes. Most people will perform the enema at night so that they keep the medication in their intestines for about eight hours as they sleep.

How to Make the Enema More Comfortable

An enema shouldn't be painful. If you experience pain while inserting the enema, stop and contact a healthcare provider.

There are ways you can make the experience more comfortable, though. This includes getting in one of the recommended insertion positions that is easiest for you.

To make inserting the enema tip easier, you can also put a small amount of personal lubricant on the applicator’s tip before inserting it.

But potentially serious complications can arise if you use an enema incorrectly, too often, or in too large a dose. Incorrect administration may lead to:

If you experience rectal bleeding after performing an enema, you should contact a healthcare provider. You’ll also want to contact a provider if you experience any of these other potentially serious side effects:

You should also avoid unproven treatments like coffee enemas.

Enemas are liquid solutions that are delivered through your rectum to treat constipation, cleanse the colon for medical procedures, or deliver medications directly into the gut. There are different types of fluids that can be purchased over-the-counter and administered at home, as well as some procedures that are done in a medical setting.

Enemas are common, but there are potentially very serious risks to performing one, especially at home. Following your healthcare provider’s instructions or the package’s instructions for how often to use the enema, what the dosage should be, and how to properly use the enema can lessen any risk. You can also make the enema more comfortable by getting in the correct position and using personal lubricant.

Thanks for your feedback!
Tell us why!
Sources
Health.com uses only high-quality sources, including peer-reviewed studies, to support the facts within our articles. Read our editorial process to learn more about how we fact-check and keep our content accurate, reliable, and trustworthy.
Related Articles
How Long You Can Go Without Pooping

Why Can't I Poop? Constipation Symptoms, Causes, and Treatment
The Cause of Poop in Your Bladder and Urine Could Be Enterovesical Fistulas (EVF) 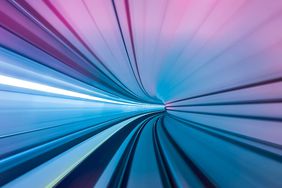 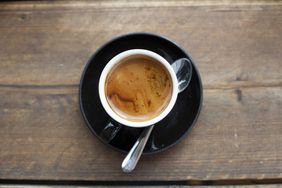