Sure, they're loaded with fiber—but are they keto-friendly?

Here's something about the keto diet you probably already know: It's an adjustment, to say the least. The high-fat, low-carb plan restricts carbohydrates so much that you're only allowed about 5% to 10% percent of your daily calories to come from carbs—that amounts to about 25 to 50 grams per day, Robin Foroutan, RDN, spokesperson for the Academy of Nutrition and Dietetics tells Health.

That said, the diet does allow you a good amount of protein—up to 20 percent of your daily calories' worth, and beans are a great (healthy!) source of protein, especially if you're following a vegetarian-friendly keto diet. With about 10 grams of protein (and a similar amount of fiber) in one cup, beans can keep you feeling fuller, longer, which is helpful on any diet—but are beans even keto?

Unfortunately, no. Beans—black beans, cannellini beans, garbanzo beans—aren’t exactly friendly to a high-fat meal plan, says Foroutan. Just one cup of black beans, for example, has 41 grams of carbohydrates, or nearly an entire day's serving of carbs on a keto diet, if you're on the upper end of the keto carb spectrum. Even if you cut it down to half a cup of black beans, you'd still hit 20 grams of carbs, which still nearly maxes out your daily carb intake if you're aiming for 5% carb intake on the keto diet. Another type of beans, garbanzos (hello, hummus!) have 45 grams of carbohydrates per cup; while pinto beans also have 45 grams of carbs per one-cup serving, too.

There is another option if you just can't live without beans: You can follow a cyclical keto diet, or keto cycling, which involves following a ketogenic diet for a few days in a row, then taking a break and eating high (or at least normal) levels of carbohydrates for a day—which, yes, can include beans.

Following this cyclical plan has its advantages. “It improves or restores your body’s ability to go back and forth between fuel sources,” says Foroutan. Plus, when you’re on a strictly fat-filled diet, the food you consume can be low in fiber and antioxidants and high in inflammatory properties, she adds. With those higher carb days, you can cover your plate with foods that add the things your missing (like vitamins, minerals, and fiber—all of which you’ll get from beans), and help keep inflammation at bay, she adds.

Basically: You can't really eat beans on the keto diet if you're following a very strict version—but if you're willing to keep your eating plan a little more flexible, beans may be fair game. 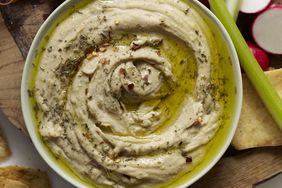 Is Hummus Keto? Here's What a Nutritionist Says 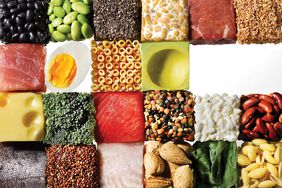 This Is How Much Protein You Need in a Day