As any woman who's had a yeast infection knows, once you spot those tell-tale symptoms such as itching and burning, you'll do pretty much anything to get rid of it, STAT. And statistics from an 2010 article published in Clinical Microbiology Reviews show that three out of four of us will experience at least one yeast infection in our lifetimes. Actress Gabrielle Union went so far as to suggest women stick yogurt-covered tampons in their vaginas to be free of a yeast infection, which, uh, don't do that.

Sugar and the Body

There's actually a link between recurring yeast infections and the amount of sugar in your diet, said Jessica Shepherd, MD, an assistant professor of clinical obstetrics and gynecology and director of minimally invasive gynecology at the University of Illinois College of Medicine at Chicago. "When there's too much sugar in the body, the immune system becomes suppressed and unable to ward off any bad bacteria; that can lead to an overgrowth of yeast in the vagina," explained Dr. Shepherd.

The key word is overgrowth. All women have yeast, or Candida albicans, in their vagina and vulva (the opening of the vagina). The yeast exists symbiotically with lactobacilli, the "good" bacteria found in other parts of the body and in some food. "When those are both maintained, you're fine," said Lakeisha Richardson, MD, an OB-GYN in Greenville, Mississippi. "But when one grows more quickly than the other, that's when you typically develop a yeast or bacterial infection."

But what exactly does the food you put in your mouth have to do with what's going on in your vagina? Whatever we eat is broken down and ends up in our bloodstream so we can either use it or excrete it, explained Dr. Richardson.

"When you've had too much sugar and your body can't get rid of it, it can end up in your blood, running throughout your body—including to the vagina, where there's a significant amount of blood vessels," said Dr. Richardson. "When you have normal glucose control, the yeast in your vagina doesn't get enough sugar to grow. But when that excess sugar passes through the area, you create an environment where yeast has more than enough nutrients to overgrow."

Yeast Infection vs. UTI: How To Tell the Difference

Before you freak out about that Friday night ice cream binge, know that it's unlikely that eating too much sugar is to blame for that one yeast infection you got one time or even the annual yeast infection you typically find yourself suffering through, said Dr. Shepherd. "More likely causes are spending too much time in sweaty gym clothes; wearing tight, synthetic underwear that doesn't allow the vagina to breathe; or even stress," said Dr. Shepherd.

But if you're suffering four or more yeast infections a year, which doctors consider a recurring issue, then you might want to look to your diet. "If someone comes in with recurring yeast infections and tells me that they don't have any other health issues but they drink soda, eat candy, and love ice cream, then I would definitely tell them to cut their sugar intake in half," said Dr. Richardson.

It's not just junk food that dumps dietary sugar into your system, said Dr. Shepherd. Hidden sugars can be found in refined carbohydrates (like baked goods and packaged cereals), sweetened drinks (like the sports drink you refuel with after a workout), and bottled sauces, dressings, and condiments. "People are always like, 'Oh, I don't have a high-sugar diet' because they don't add sugar to their food, but they don't think about the sugars that are already in what they do eat," explained Dr. Shepherd.

In this case, your vaginal health may just be a wake-up call for your overall health. "If you're starting to have chronic yeast infections, look at the bigger picture," said Dr. Shepherd. Yeast infections on their own may not be a major cause for alarm; as soon as you're aware of it, you can treat it and be done with it. Yet "the vagina may not be the main source of the problem, but it could indicate a problem with your gut health, your stress levels, or another internal issue," added Dr. Shepherd.

Even if you recognize the symptoms and are old hat when it comes to treating yeast infections, it's worth making a call to your OB-GYN, walking through your history, and making sure there isn't a larger issue at play. Whatever you do, don't put yogurt on a tampon. Please. 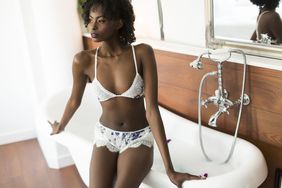 The 8 Best (and Worst) Foods For Vaginal Health 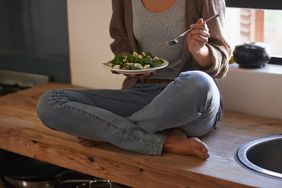 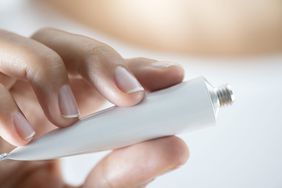 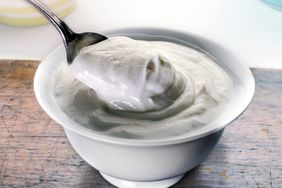 Gabrielle Union Tried to Use Yogurt to Cure a Yeast Infection. Here's What a Gynecologist Says 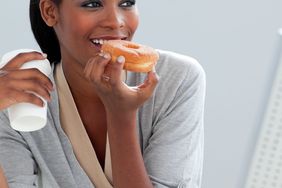