The colors of your skin and hair come from a pigment called melanin, which is produced by cells called melanocytes. The skin disorder vitiligo is characterized by white patches of skin, per StatPearls. Vitiligo occurs when the immune system mistakenly attacks melanocytes, preventing them from producing melanin. Over time, the affected melanocytes may be permanently destroyed due to continued inflammation. The more we learn about the causes of vitiligo, the better treatments will become.

Vitiligo is a chronic condition—it is incurable and can have a constant waxing and waning course. "Vitiligo is a loss of pigment in the skin due to the destruction of pigment-forming cells called melanocytes," said Michele S. Green, MD, a dermatologist in New York City.

The result is blotchy, uneven patches of white skin where the melanocytes have been destroyed. Vitiligo can affect not only your skin but your hair (including your eyebrows and eyelashes), the insides of your mouth and nose, and your retinas.

About 0.5–2% of people worldwide experience vitiligo, per a March 2020 review published in the journal Dermatology.

No one knows exactly what causes vitiligo, and there's no cure for the skin condition, but treatments are available.

Vitiligo is likely an autoimmune disease, per the National Institute of Arthritis and Muskuloskeletal and Skin Diseases (NIAMS). Autoimmune diseases occur when your body's immune system mistakenly identifies a part of your body—in this case, the melanocytes—as foreign and starts to attack them.

People with vitiligo are also more likely to experience other autoimmune diseases, including Hashimoto's disease (which affects the thyroid gland), type 1 diabetes, rheumatoid arthritis, and psoriasis, per NIAMS. In North America, about 19–30% of people with vitiligo had additional autoimmune conditions, according to a May 2018 paper published in the International Journal of Dermatology.

Researchers have identified many genes that increase the risk of vitiligo, but they can't definitively predict whether someone will develop the disease.

Vitiligo can run in families, but inheriting the condition is not very common. "In the vast majority of vitiligo cases, there is no family history," said Henry W. Lim, MD, former chair of dermatology at Henry Ford Hospital in Detroit.

About 20% of people with vitiligo have a parent, sibling, or child with the condition, which means some cases may be inherited, per the March 2020 review. But in identical twins with the same genetic makeup, both get the condition only 23% of the time, so genetics can't be the only factor at play.

In some people, physical trauma or stress to the skin, such as sunburn or exposure to industrial chemicals, can trigger vitiligo or worsen it, per NIAMS. The parts of the skin that have less pigment are more likely to get sunburned, per StatPearls.

Vitiligo can appear exactly on the sites where there has been some kind of injury. "Exactly why that is the case is not known," Dr. Lim said.

Psychological stress may also play a part in aggravating vitiligo, per NIAMS. Studies have shown events such as the death of a family member or financial problems preceding the condition's development, per a January 2020 study published in the journal PLOS One.

Chronic or long-term stressors can promote inflammation and affect a person's autoimmunity, triggering the disease. Stress is more likely to be a trigger in people who develop vitiligo as adults, per the January 2020 study.

Oxidative stress is an imbalance in certain compounds—free radicals and antioxidants—involved in different physiological processes. The imbalance can be caused by exposure to ultraviolet (UV) rays, pollutants, or other environmental factors, per a July 2017 paper published in Oxidative Medicine and Cellular Longevity.

The accumulation of toxic free radicals can lead to melanocyte destruction, per a November 2017 chapter in the book Ultraviolet Light in Human Health, Diseases and Environment.

As of July 2022, there was no definitive way to determine what causes someone to get vitiligo, per NIAMS. But therapies were in development to address possible causes. And treatment options were available.

For example, the March 2020 review noted that UV light-based therapy was the most common treatment for vitiligo. UV is anti-inflammatory and also stimulates melanocyte function. Antioxidant enzymes could also address oxidative stress.

Immunosuppressant medications could slow down the immune system's attack on the body, which is a mechanism of vitiligo. According to the March 2020 review, topical corticosteroids—creams with anti-inflammatory and immunosuppressant properties—could be used for vitiligo.

In July 2022, the US Food & Drug Administration (FDA) approved Opzelura (ruxolitinib) to treat the most common form of vitiligo in people 12 years or older. The cream was the "first FDA-approved pharmacologic treatment to address repigmentation."

4 Things Never to Say to Someone With Vitiligo—Even if You Don't Mean Any Harm
Was this page helpful? 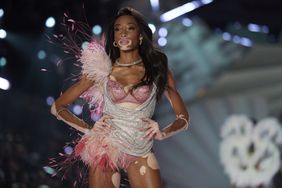 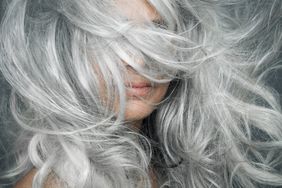