Here's what the controversy is all about.

A few days after the Food and Drug Administration (FDA) granted an emergency use authorization to Johnson & Johnson's COVID-19 vaccine on February 27, the vaccine has become a controversial talking point.

Earlier this week, the Roman Catholic Archdiocese of New Orleans urged its parishioners to avoid the Johnson & Johnson vaccine, calling it "morally compromised" because it was developed and tested using cells derived from aborted fetal tissue, reported NBC News on March 2.

The stance conflicts with that of the Vatican, which said in December that it was "morally acceptable" for Roman Catholics to receive any COVID-19 vaccine, even one based on research that originally used cells derived from aborted fetuses.

If you don't have a solid grasp of human biology, this is where it gets pretty confusing. To be clear, there are no vaccines that involve stem cells from aborted fetuses.

"Stem cells are cells that can differentiate (develop) into many different types of other cells or tissues," Brianne Barker, PhD, associate professor of biology at Drew University in New Jersey, tells Health. "The first type of stem cells that were found were embryonic stem cells coming from embryos. Scientists have now figured out how to make other cells into stem cells (called iPS or 'induced pluripotent stem cells'), meaning that embryos do not have to be used."

However, some vaccines are developed with cells that came from fetuses, although those cells are not classified as stem cells. "These are known as cell lines, which can divide indefinitely in the lab," Barker says.

Johnson & Johnson confirmed in a statement released Tuesday that the vaccine formula itself includes no fetal tissue. So what does make their COVID-19 vaccine so much more controversial than the Pfizer and Moderna vaccines?

The particular cells that are involved in the Johnson & Johnson vaccine are called PerC6 cells. "These are retinal cells that came from a fetus that was aborted in 1985 in the Netherlands, which were treated in the lab to allow them to reproduce in lab settings since that time," Barker explains.

The Pfizer and Moderna vaccines are different—they involve HEK293 cells, which also came from an aborted fetus in the Netherlands (in 1973). These cells have also been reproducing in lab settings since that time, Barker says.

The mRNA of the Pfizer and Moderna vaccines is not made in the HEK293 cells, but the cells are used for testing of these vaccines in early steps of studying the vaccines. "Specifically, the mRNAs are first put into these cells to ensure that the mRNA has no toxicity and is safe," Barker says. "The mRNAs are also put into these cells to make sure that it leads to the production of the correct protein (in this case, the Spike protein from SARS-CoV2)."

One the other hand, the PerC6 cells are used in making the Johnson & Johnson vaccine.

"It's an inactivated virus vectored vaccine, which means that it is a disabled virus called adenovirus 26 that contains the DNA to make the Spike protein in addition to some portions of the adenovirus genome," Barker explains. "In order to make the vaccine, the scientists give PerC6 cells DNA so that they can make the parts of the virus and build that molecular machine—basically the PerC6 cells are the factories that make the vaccine for us."

Barker adds that viruses and viral vectors can't be made in a test tube (like the mRNA vaccines are), so they have to be made in some kind of cell. "PerC6 cells are the commonly used cells in the adenovirus vector field for making viruses and is known for being safe and reliable." Also, human cells have to be used for this process, because they're the only ones that contain the correct sugars to add to the proteins.

A 2015 report from the Congressional Research Service explains that "cultured cells mimic many of the properties that they have in a living body, and therefore can be used as a model for researchers studying basic biological processes."

"These cells (especially HEK293 cells) have been used in the lab to make many different vaccines and many biologic drugs like drugs for rheumatoid arthritis and cystic fibrosis," Barker says.

As the moral debate around the Johnson & Johnson vaccine continues, David Doukas, MD, chair of humanities and ethics at the Tulane University School of Medicine in New Orleans, told NBC News that most Catholics will realize it's rare to be given a choice of one vaccine over another—and that they should take what's available.

"If you need it now and you got one in front of you now, what do you take? The one you have in front of you now," Dr. Doukas told NBC News. However, he added that providers should make it clear what type of vaccine they're administering. "Since a lot of things we do in life are faith-based decisions, it would be prudent to at least let people know," he said.

Was this page helpful?
Thanks for your feedback!
Tell us why!
Related Articles
What Are the Differences Between the Pfizer and Moderna COVID-19 Vaccines? 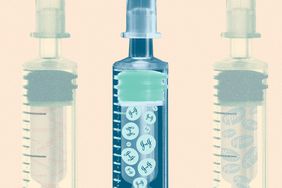 Does the J&J COVID Vaccine Need a Booster? Here's What We Know So Far 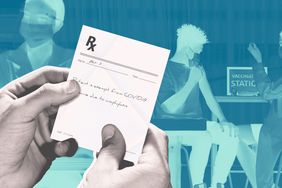