If you're getting up at night to pee 'a lot,' meaning you pass a large quantity of urine during your bathroom runs, this may be the reason why.

It can be totally normal to wake up once or twice during the night to urinate, especially if you're a light sleeper (or a committed hydrator!). But at what point does waking up frequently at night to pee signal a larger problem—and what can you do about it?

First, it's important to ask yourself if you're urinating small amounts frequently, or actually voiding a lot of urine each time you use the bathroom. If it's the latter, it could be nocturnal polyuria.

Since it can be difficult to distinguish from similar conditions, we asked urologists all about nocturnal polyuria: how to recognize it, how it's diagnosed, and how it can be treated.

What is nocturnal polyuria?

Polyuria, or frequent voiding due to a high volume of urine, affects many people with diabetes, heart or kidney conditions, and other common age-related conditions, according to S. Adam Ramin, MD, urologist and medical director of Urology Cancer Specialists in Los Angeles.

Nocturnal polyuria is a subset of polyuria, and it simply means voiding a high volume of urine in the nighttime or evening hours.

"Nocturnal polyuria is a condition in which there is increased urine production at night, so the bladder fills to maximum capacity and the person has to constantly urinate," Dr. Ramin tells Health.

Is It Just Me, or Do You Do a Pee Dance When You Really Have to Use the Bathroom, Too

According to Dr. Ramin, many people with polyuria experience a high volume of urination in both the daytime and nighttime hours, but some will only experience it in the evening. "If you have polyuria during the daytime, you'll have it at nighttime as well," says Dr. Ramin, "however, there is a subset of people who only have nocturnal polyuria."

This has to do with the position of our bodies as we sleep: the supine, or lying down, position often leads to any excess fluid being recycled back through the kidneys and turned into urine in a process called "third spacing," says Mark Ellerkmannn, MD, director of the Urogynecology Center at Mercy Medical Center in Baltimore.

In other words, having an abnormally high amount of fluid in your body due to a health condition such as varicose veins means you may only experience polyuria in the evening simply because you're lying down; Dr. Ellerkmann says the same thing can happen to people who spend hours every day on their feet.

On top of that, certain hormones begin to decrease as you get older; one in particular, called vasopressin, can lead to nocturnal polyuria.

"Normally, there are higher vasopressin levels at night, which lead to less urine production," explains Dr. Ellerkmann. "However, in older patients, the level of nighttime vasopressin production may be lower, leading to age-related increases in [nocturnal polyuria]."

Lastly, sleep disturbances—particularly sleep apnea—can contribute to the onset of nocturnal polyuria, says Dr. Ellerkmannn: "Obstructive sleep apnea may cause nocturnal polyuria by the release of atrial natriuretic peptide, a hormone that can cause the kidneys to make more urine."

Is It Just Me, or Do You Always Have to Pee, Like, the Minute You Get Home?

Since nocturnal polyuria is a symptom of something else—like diabetes or kidney disease—it doesn't come with a lot of its own symptoms. However, Drs. Ramin and Ellerkmann say you may want to discuss nocturnal polyuria with your doctor if you:

How is nocturnal polyuria diagnosed?

Nocturnal polyuria, or voiding a high urine volume at night, can be easily confused with nocturia, meaning frequent nighttime urination though your bladder isn't actually full. That's why it's important to see a doctor who can help distinguish between the two conditions.

"Nocturnal polyuria should be differentiated from getting up at night because a person has overactive bladder," Dr. Ellermann tells Health. "As a patient, if you're up every hour to urinate, you need to figure out if it's because you're making more urine or simply getting up more frequently."

The easiest way to do this is with a 24-hour voiding diary, or frequency-volume log, that measures not only how often you urinate but how much you urinate each time. Keeping an especially careful log in the evening can help your doctor hone in on or rule out nocturnal polyuria.

"Nocturnal polyuria is defined as overproduction of urine at night [when the] urine volume during the evening is greater than 33% of the [overall] 24-hour urine volume," Dr. Ellerkmann explains.

For example, if you product 3,000 milliliters of urine in a 24-hour period and pass 990 milliliters or more at night, that would be an indicator that you're experiencing nocturnal polyuria.

You do have a couple of options when it comes to treating nocturnal polyuria.

See your doctor. It's important to know what's causing your body to produce excess amounts of urine, but you may not be able to discern that for yourself. A doctor should be able to identify the source of your problem; this can help reduce your symptoms and also determine what type of treatment you need. For example, if your nocturnal polyuria is caused by obstructive sleep apnea, there's evidence (including a small 2019 study) to suggest that using a continuous positive airway pressure (CPAP) machine nightly can reduce your urination. If you take a diuretic, take it midday, instead of before bed, per experts writing in the International Journal of Clinical Practice.

Take an anti-diuretic drug. Dr. Ellerkmann says desmopressin, a neuropeptide that mimics the body's natural production of hormones like vasopressin, can be used successfully to address nocturnal polyuria in older patients—with one caveat: "It's use must be monitored, and serum sodium levels followed closely, to avoid hyponatremia, or low serum sodium levels, which can be fatal." A 2017 study in the Central European Journal of Urology reports that using desmopressin to treat nocturnal polyuria can be extremely effective, especially when the dosage is taken about one hour before bedtime.

Reasons Why You're Getting up to Pee So Much at Night 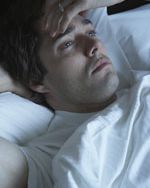