The more you know about staying healthy, the better. It's a vicious cycle for people with diabetes: Stress and depression associated with the complications of the disease can jeopardize health (stress can increase blood sugar and depressed people have a harder time taking care of themselves). But scary-sounding diabetes complications can understandably trigger fear and depression.

So what's the key to breaking the cycle? Knowledge. People with diabetes now have more tools at their disposal to prevent complications than ever before.

If anyone should be depressed about having type 2 diabetes, it's Sheri Gibson, a 50-year-old grant writer from Chicago. She was diagnosed with type 2 in 2005, a month after her brother Rick passed away from the disease.

Rick was an amputee, legally blind, on dialysis, and had a quadruple bypass before his death at age 48. Another brother, Douglas, also had type 2 and died at 36 during an angioplasty procedure to open up his clogged arteries. Her mother passed away in May, at the age of 74, from diabetes complications.

What's more, Gibson has two nephews with the disease, one of whom is not yet 30 years old but is legally blind and on dialysis. Her sister was recently diagnosed as well.

Complications Can Be Prevented

Gibson could be frozen with fear. Instead, she considers herself fortunate to have the disease now rather than a decade ago.

Today doctors try to identify patients earlier and attack their diabetes more aggressively by lowering blood sugar to safe levels. This approach, along with blood pressure and cholesterol control, can stave off devastating complications.

Gibson never saw her family members with diabetes change their diets or adopt other healthy behaviors. She, on the other hand, has made it her mission to become an educated patient. "I've learned how, unlike them, to manage and live a healthy life with the disease," she says.

She sees her doctor regularly, takes her medicine, and tests her blood sugar sometimes four times a day. She even sold her car so she would be forced to walk instead of drive because exercise can lower blood sugar, blood pressure, and cholesterol, and reduce the risk for heart disease and stroke.

Gibson considers herself lucky when it comes to heart health. She doesn't have high blood pressure like her brothers did and her sister does. "They had the double whammy—diabetes and high blood pressure," she says. Plus, her cholesterol is good.

At the same time, though, she's battling a nicotine habit, which can aggravate many complications of diabetes. Giving up cigarettes has been more difficult than she anticipated, but Gibson is well aware that smoking is bad for the heart, and she hopes to be smoke-free soon.

"Do these complications concern me? Heck yeah. I'm neurotic about my numbers because of the family deaths," she concedes. "The complications are devastating, and I don't want any." 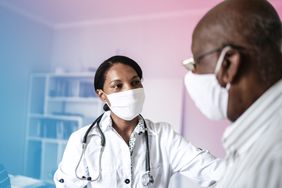 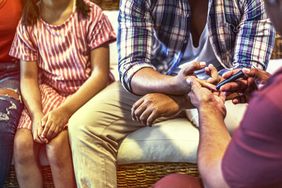