Diabetes is often called the silent killer because of its easy-to-miss symptoms. Look out for these 10 symptoms of type 2 diabetes.

Type 2 diabetes is the most common form of diabetes. Acording to the Centers for Disease Control and Prevention (CDC), about 90-95% of people with diabetes have type 2. Still, it's a serious, chronic condition in which the body doesn't make enough insulin, or doesn't use it properly, leading to higher-than-normal blood sugar levels. Without proper treatment, type 2 diabetes can result in toxic amounts of sugar can build up in the bloodstream, wreaking havoc head to toe.

Though you can develop type 2 diabetes at any age, it most commonly affects people ages 45 or older, those who have a family history of diabetes, or those who are overweight or obese.

The good news is that lifestyle changes can help prevent or delay a diagnosis. Watch this video to see five changes that you can make to help avoid type 2 diabetes.

If you need to urinate frequently—particularly if you often have to get up at night to use the bathroom—it could be a symptom of diabetes, says the CDC.

As the authors explain is a 2014 study in the Euroasian Journal of Hepato-Gastroenterology the kidneys have kicked into high gear to get rid of all that extra glucose in the blood, thus creating excess urine. As the glucose draws water into the urine, the body loses more fluid than it should. This results in the person becoming extra thirsty. The excessive thirst means your body is trying to replenish those lost fluids.

These two symptoms go hand in hand and are some of "your body's ways of trying to manage high blood sugar," said Maria Collazo-Clavell, MD, Professor of Medicine in the Department Internal Medicine and Division of Endocrinology, Diabetes, Metabolism, and Nutrition at the Mayoc Clinic.

Losing weight quickly without trying sounds like a dream. But it is another symptom of type 2 diabetes, according to the CDC.

Overly high blood sugar levels can cause rapid weight loss, say 10 to 20 pounds over two or three months—but this is not a healthy weight loss.

Because the insulin hormone isn't getting glucose into the cells, where it can be used as energy, the body thinks it's starving and starts breaking down protein from the muscles as an alternate source of fuel.

The kidneys are also working overtime to eliminate the excess sugar, and this leads to a loss of calories (and can harm the kidneys). "These are processes that require a lot of energy," said Dr. Collazo-Clavell. "You create a calorie deficit."

Excessive pangs of hunger, another sign of diabetes, says the CDC.

In uncontrolled diabetes where blood glucose levels remain abnormally high ( hyperglycemia ), glucose from the blood cannot enter the cells, explains Diabetes.co.uk. This means that the body can't convert the food into energy. This lack of energy causes an increase in hunger.

In addition, hunger can also be caused by abnormally low blood glucose (hypoglycemia). When blood sugar levels plummet, the body thinks it hasn't been fed and craves more of the glucose that cells need to function.

Itchy skin can often be a warning sign of diabetes, according to the American Academy of Dermatology (AAD). High blood sugar (glucose) can cause this, a skin infection or poor circulation. Other skin problems can also occur such as acanthosis nigricans, a dark patch (or band) of velvety skin on the back of your neck, armpit, groin, or elsewhere which could mean that you have too much insulin in your blood.

"This is a darkening of the skin around the neck or armpit area," said Dr. Collazo-Clavell. "People who have this already have an insulin resistance process occurring even though their blood sugar might not be high. When I see this, I want to check their blood sugar."

Infections, cuts, and bruises that don't heal quickly are another classic sign of diabetes. According to the AAD, poor circulation and nerve damage can make it hard for your body to heal wounds. This is especially true on the feet where these open wounds are called diabetic ulcers.

This usually happens because the blood vessels are being damaged by the excessive amounts of glucose traveling the veins and arteries.

This makes it hard for blood—needed to facilitate healing—to reach different areas of the body.

"Diabetes is considered an immunosuppressed state," said Dr. Collazo-Clavell. That means heightened susceptibility to a variety of infections, although the most common are yeast (candida) and other fungal infections, she said. Fungi and bacteria both thrive in sugar-rich environments.

Yeast infections can develop in the vagina, mouth, throat, and on the skin. The most common cause of yeast infections is a fungus called Candida albicans.

"When people have high blood sugar levels, depending on how long it's been, they can get used to chronically not feeling well," said Dr. Collazo-Clavell. "Sometimes that's what brings them into the office."

Getting up to go to the bathroom several times during the night will make anyone tired, as will the extra effort your body is expending to compensate for its glucose deficiency.

And being tired will make you irritable. "We see people whose blood sugar has been really high, and when we bring the blood sugar down, it's not uncommon that I hear, 'I didn't realize how bad I felt,'" said Dr. Collazo-Clavell.

Having distorted vision and seeing floaters or occasional flashes of light are a direct result of high blood sugar levels, according to the National Institute of Diabetes and Digestive and Kidney Diseases (NIDDK).

"Blurry vision is a refraction problem. When the glucose in the blood is high, it changes the shape of the lens and the eye," said Dr. Collazo-Clavell.

The good news is that this symptom is reversible once blood sugar levels are returned to normal or near normal. But let your blood sugar go unchecked for long periods and the glucose will cause permanent damage, possibly even blindness. And that's not reversible.

Tingling and numbness in the hands and feet, along with burning pain or swelling, are signs of diabetes, says the CDC. Nerve damage is one possible complication from having high blood sugar levels for a long time. High blood sugar damages your nerves, and these nerves may stop sending messages to different parts of your body.

"If (the symptoms are) recent, it's more likely to be reversible," said Dr. Collazo-Clavell.

Still, as with vision, if blood sugar levels are allowed to run rampant for too long, neuropathy (nerve damage) will be permanent. "That's why we try to control blood sugar as quickly and as well as possible," said Dr. Collazo-Clavell.

Several tests are used to check for diabetes, but a single test result is never enough on its own to diagnose diabetes (the test has to be repeated).

One is the fasting blood sugar test, according to the CDC, which checks your blood sugar after a night (or eight hours) of not eating.

Blood glucose above 126 milligrams per deciliter (mg/dL) on two occasions means you have diabetes.

The normal cutoff is 99 mg/dL while a blood sugar level of 100 to 125 mg/dL is considered prediabetes, a serious condition on its own. 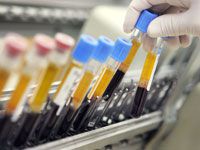 These are the Most Common Blood Tests To Diagnose Diabetes 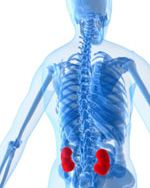