Beatriz Libonati had a family history of the disease, but she only received her own diagnosis after she began having severe symptoms.

Growing up in Rio de Janeiro, Brazil, Beatriz Libonati was all too aware of the complications that can arise from type 2 diabetes. Many of her relatives, including both of her parents suffered from the disease. But the person who was hit the hardest was her father.

"I was an only child, so I was pretty close to both of my parents, especially my dad," she tells Health. "But as a type 2 diabetic he experienced a lot of complications, and he spent a lot of time in doctor's offices or at the hospital."

Libonati's father dealt with many of the more severe complications associated with unmanaged type 2 diabetes: He lost his vision, experienced kidney failure, had hypertension, and suffered nerve damage (known as diabetic neuropathy) in his legs. He died in 2007 when Libonati was just 15 years old.

"I only had my dad for fifteen years but he was super dad to me," she says. "We went everywhere together and he was always smiling, even when I knew he felt sick from the complications."

Libonati remembers her father also used to tell the "best stories"—perhaps that's why she decided to pursue a career in journalism. "I think it was definitely a way of trying to connect with his memory."

But before she left for college, Libonati began to experience some health issues of her own: fatigue, nausea, extreme thirst. She was eventually diagnosed with type 2 diabetes—and had been experiencing severe symptoms from it. "They made me stay in the hospital [intensive care unit] for two weeks because I had diabetic ketoacidosis and pancreatitis."

The diagnosis, despite having a family history of the disease, was a shock to Libonati. "I was only 24 and felt really scared," she says. "I thought I would be dead in less than five years. I didn't know that there was a way to live a good life with diabetes."

Because Libonati associated diabetes with the death of her father, she struggled to manage her diagnosis. It wasn't until began seeking support from a diabetes community online that she started to see the light at the end of the tunnel.

"I started talking to other patients and saw them living healthy lives," she says. "They were playing sports and all sorts of other things I thought were impossible with type 2 diabetes. It was the first time I had some hope that I could find a way to live with diabetes."

Her struggles with the disease—paired with her knack for storytelling—drove her to help others with type 2 diabetes. "In the beginning, I was in denial, and as a result, I was a rebel when it came to managing my disease because i thought diabetes couldn't be controlled," she says. "So now I want to inspire other people with my own personal journey to show them that that's not true."

Libonati is in a particularly important position to be able to do this: She's one of 16 million adults in Brazil living with type 2 diabetes, according to the International Diabetes Foundation. Libonati says she's an exception among the many people in her country that struggle to manage their disease.

"We have a good public health care system," she says. "But at the same time it is a huge country with a lot of people suffering from diabetes and everyone doesn't have the same access to the same medicine and the same treatment."

And despite having a managed case of the disease, Libonati says she still finds herself struggling at times ."There are still days when I hate it and I wish I didn't have to think about it," she says.

These health struggles that she and so many others with diabetes face are often compounded by the stigma associated with the disease. "A lot of people don't understand what diabetes is, and so they assume that I became a type 2 diabetic because I was over weight and lazy, or because I ate too much sugar," she says. "That's just not true." She adds that Brazil still has instances of fatphobia. "People assume your weight and the fact that you have diabetes is your fault," she says.

Because of that, Libonati says she hopes that her work as a journalist—sharing her story and the stories of others—can help show more people what the disease truly looks like.

"I hope that the work that I do and the stories I"m able to share can help other people," she says. "With so many people in Brazil affected by the disease, it's important that people are able to get access to support and to the right information. It's important they know they are not alone."

Libonati, now 30, also feels a sense of responsibility to honor her father with the work she's doing around diabetes. "Back when my dad was sick, he didn't have access to a lot of the things I have access to now, and I wish he had," she says. "Maybe it would have helped him live a longer life. But I think in a lot of ways my passion for helping others is really about him. Everything I do is for my dad and I hope that I inherited some of his storytelling skills to try and help as many people as possible." 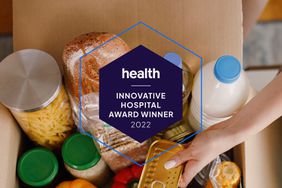 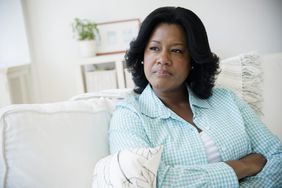