It takes more than just one abnormal blood test to diagnose diabetes.

For centuries, diabetes testing mostly consisted of a physician dipping his pinkie into a urine sample and tasting it to pick up on abnormally high sugar. Thankfully, testing for type 2 diabetes is lot easier now—at least for doctors.

Urine tests can still pick up diabetes. However, sugar levels need to be quite high (and diabetes more advanced) to be detected on a urine test, so this is not the test of choice for type 2 diabetes.

Almost all diabetes tests are now conducted on blood samples, which are collected in a visit to your physician or obstetrician (if you're pregnant).

​​If you have an abnormal result—meaning blood sugar is too high—on any of these tests, you'll need to have more testing.

Many things can affect blood sugar (such as certain medications, illness, or stress).

The main types of diabetes blood tests include:

If a hemoglobin A1C test result is 8% or higher, it's a sign that blood sugar is not under control. However, making lifestyle changes can reduce your A1C.

In the few months after her diagnosis of type 2 diabetes in early 2007, Virginia Shreve, a 51-year-old school social worker in Lynchburg, Va., wanted to follow the regimen of sensible eating and exercise that her doctor recommended. But she wasn't ready to give up her old life.

"I was compliant, but skating on the edge of compliance. I wanted to follow my diet plan, but I still wanted to eat as much as I could while keeping my blood sugar in line," she says. "Three months later I woke up and said, 'I've gotta stop fighting this thing. I'm the one being hurt in this battle.'"

She started walking three miles a day, ate healthier carbohydrates, and the results on her next hemoglobin A1C test had fallen well within the healthy range, dropping from 9.5% when she was diagnosed to 5.5% in the fall of 2007. 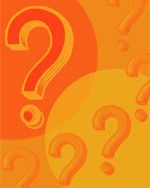 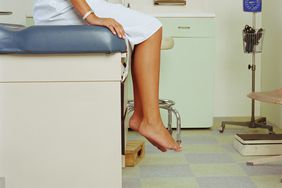