He heard a pop, and then his body started to go numb.

Sure, cracking your neck can be oddly satisfying. But it can also be seriously dangerous. A 28-year-old man in Oklahoma recently suffered a massive stroke after cracking his neck in an attempt to reduce some neck soreness. Now he's warning others that the relief isn't worth the risk.

On March 14, while Josh Hader was working from his home, he used his hand to apply pressure and crack his neck, according to the Washington Post. "This wasn’t me cranking on my neck trying to pop it as much as I could," he told the outlet. "It just ended up popping."

Right after Hader heard the pop, his left side started to feel numb. As a former police officer, he knew he should check himself for any worrisome signs, such as facial drooping, that would indicate he'd suffered a stroke. His face muscles seemed fine, so he assumed it was just a pinched nerve. As he walked to the kitchen to get some ice, he realized something alarming.

"I quite literally could walk only at about a 45-degree angle," he said. "It was almost walking just straight to the left."

Hader's father-in-law drove him to the emergency room, and in the half-hour it took them to get there, Hader's condition worsened to the point where he couldn’t walk at all and needed a wheelchair.

Doctors determined that Hader had torn a vertebral artery, one of the major arteries in the back of the neck that supplies blood to the brain, causing a blood clot to form. He was given a drug known as tissue plasminogen activator, or tPA, which dissolves blood clots. He remained in the intensive care unit for several days before being released to a rehabilitation center.

It is rare to suffer a stroke from cracking your neck, but it certainly isn't unheard of. According to Cleveland Clinic, when any major artery in the neck tears and bleeds, it's called a cervical artery dissection. This can be caused by hyperextension of the neck (as in Hader's case), trauma or injury to the neck, or genetic connective tissue diseases. Smokers and people with high blood pressure are at higher risk for cervical artery dissection.

Stroke can be the first sign of a cervical artery tear, but it can take hours or even days days for symptoms to show. These include headache, neck and face pain, vision disturbances, weakness on one side of the body, and a "whooshing" sound in the ears.

Hader survived his stroke with no cognitive or speech impairment. However, he does still have balance issues, difficulty controlling his left arm, and a lack of sensation in his right arm and leg, as well as other lingering symptoms, he said.

While visiting a vascular specialist a few weeks ago, Hader realize just how severe his stroke could have been. "[The specialist] put up his fingers real close together and he was like, 'You were this close to a coma,'" he said.

Needless to say, Hader's days of cracking his neck are behind him.

I Had a Massive Stroke at Age 29 and Almost Died
Was this page helpful?
Thanks for your feedback!
Tell us why!
Related Articles 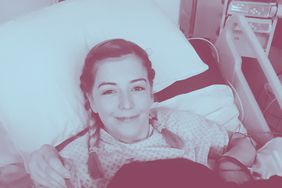 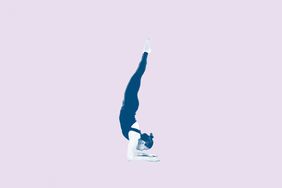