When it comes to a stroke, the quicker you get treatment, the better.

According to the Centers for Disease Control and Prevention (CDC), a stroke occurs from a blocked or a ruptured artery. Healthcare providers often say "time is brain"—meaning the quicker you get treatment, the less likely it is that your brain tissue will be permanently damaged. Most strokes are due to a clot (ischemic strokes), and the rest are due to bleeding in the brain (hemorrhagic stroke).

"There are treatments available for stroke that need to be provided within the first 3-4 hours, such as clot-busting medications. That is why urgent attention is critical," said Seemant Chaturvedi, MD, professor of neurology at University of Maryland School of Medicine. So don't waste time wondering if you should go to the hospital. If you or someone you know has the following symptoms, call 911.

In an August 2020 study published in the Journal of Clinical Medicine, the researchers found that 82.61% of stroke patients did not identify problems with vision as a potential symptom of stroke.

Stroke can cause double vision, blurred vision, or loss of vision in one eye. However, it may not be as well recognized as facial weakness, arm weakness, and speech problems, so it is one symptom you want to pay attention to right away.

When former Chicago Bears coach and Hall of Fame tight end Mike Ditka suffered what doctors told him was a "very minor stroke," one of the symptoms Ditka experienced was difficulty speaking.

Stroke can impair the ability to express yourself or understand speech. One test includes repeating the phrase "You can't teach an old dog new tricks" from the Cincinnati Prehospital Stroke Scale. If you slurring words, using the wrong words, or are unable to speak, there's a high chance you have had or are having a stroke.

It's common for an arm or leg (or both) to suddenly go weak, numb, or to become paralyzed during a stroke. Often the affected limb is on the side of the body opposite from where the stroke occurred in the brain.

Extending both arms (palms up) for 10 seconds and observing that one arm is drifting downward indicate muscle weakness, a sign of stroke. You can also lift each leg separately with your eyes open to check your balance.

Dizziness or Loss of Balance

If you are dizzy, nauseous, or have trouble walking, people may think you're intoxicated when, in fact, you're having a stroke.

Patients may confuse stroke symptoms with other conditions, said Dr. Chaturvedi. These could be conditions such as Parkinson's disease, migraines, or even COVID-19. "Sometimes sudden dizziness is attributed to a viral syndrome when it can be the sign of a stroke," noted Dr. Chaturvedi.

A January 2020 study from the Current Journal of Neurology noted that "pain should be considered as an atypical symptom of stroke."

In other words, pain is not a common sign of a stroke, but having pain before a stroke is possible. This means if you have sudden pain in an arm, a leg, one side of your face or chest, don't brush it off.

A sudden, severe headache, perhaps the worst you've ever had, is a common stroke symptom.

Of note, researchers conducted a systematic review published in Risk Management and Healthcare Policy in August 2021 that explored the knowledge of stroke symptoms among patients with high blood pressure and diabetes. They found that across the studies, there was a high percentage of individuals who did not realize that severe headache could be a stroke symptom—which means that you need to pay closer attention if a headache hits you suddenly.

Additionally, people are not always diagnosed with stroke when they present with severe headaches, however. "If they have stroke-like symptoms, they should request a neurology consult or brain MRI in the emergency room," said Dr. Chaturvedi.

Sudden, one-sided facial weakness or numbness serve as signs of stroke as well. It is one of the first signs to look out for in the case of a potential stroke, as it appears in the F.A.S.T. warning signs as indicated by the American Stroke Association.

Emergency medical personnel will ask you to smile or show your teeth. If one side of your face sags or doesn't move, that could mean you're having a stroke.

Fatigue can be a significant stroke symptom, according to a November 2021 study from Brain. If you start to feel tired all of a sudden and you can't pinpoint why, a stroke might be on the horizon.

A September 2011 Gender Medicine study of gender differences in ischemic stroke, the type caused by clots, found that women having a stroke were more likely than men to experience general weakness, fatigue, disorientation, and change in mental status.

Usually, hiccups are a minor nuisance.

However, according to MedlinePlus, hiccups can occur when your diaphragm becomes irritated by events from eating too quickly or too much to medical conditions such as stomach bloating and central nervous system, or neurological, disorders—like strokes.

Specifically, when stroke affects the brain's breathing center, it can trigger a sudden, protracted case of hiccups.

Can't catch your breath or feel like your heart is racing or fluttering? You may want to consider if you are having a stroke.

You'll especially want to be cautious about a potential stroke if you have heart or breathing issues already. For example, researchers of an April 2021 study published in Sleep Medicine Reviews noted that sleep disordered breathing "is…an independent risk factor for stroke."

Further, the CDC has noted that having an irregular heartbeat can increase your risk for stroke as well. 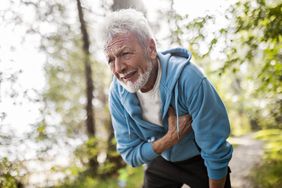 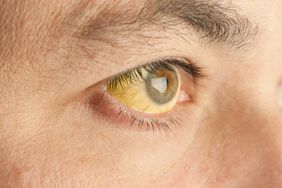 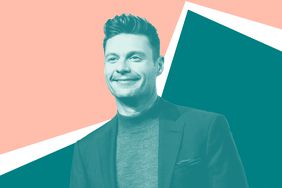 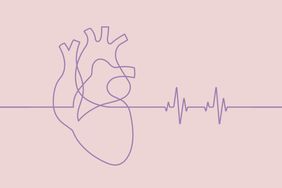 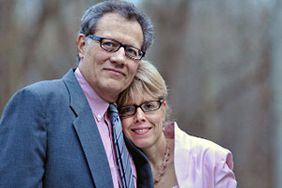