These top stressors in life, both big and small, can lead couples to grow apart.

Boston Marathon bombing survivor Rebekah Gregory made headlines with the sad news, reported in People magazine, that she was separating from her husband—who was also injured in the blast—less than one year after their dream wedding. Without knowing the couple, it's impossible to say what contributed to the dissolution of their marriage, but it's probably safe to say that the stresses of the last few years (surgeries, rehabilitation, and major physical changes) may have played a role.

And while not everyone has to deal with things this catastrophic, most couples do face plenty of stressors and life changes, both big and small. We asked Elizabeth Ochoa, PhD, marriage counselor and Chief Psychologist at Mount Sinai Beth Israel Medical Center in New York City, to weigh in on life events that can sometimes lead to divorce—and how to protect your relationship from their harmful effects.

When one spouse develops a serious or chronic health condition, it can change the entire dynamic of a relationship. "Illnesses create debt and pain and loss of self," says Ochoa. "It can mean one partner isn't able to maintain his or her part of the deal, which requires the other partner to step it up. Some couples will be better at dealing with that than others."

Which spouse gets sick may have an effect on a couple's future, as well. A recent study from Iowa State University found that divorce rates were 6 percent higher among relationships in which wives had an illness such as cancer, heart disease, or lung disease. Divorce rates didn't increase when husbands were in poor health.

"Anecdotally, it might be harder for men to take on a caring role if the wife is unable to perform a lot of responsibilities that she'd normally do," says Ochoa. "But I think it depends on how the tasks of the marriage were divided up between spouses. If the husband is the one who stays home and runs the household, it might be an easier adjustment."

How Does Chronic Pain Affect Relationships?

A 2011 Ohio State University study found that men who are unemployed are more likely to leave their wives, and are also more likely to be left by their wives. And certainly, the loss of a job by either partner can cause stress about money, security, and responsibilities that can spill over into marital dissatisfaction.

But it's not just job loss that can create unhappiness between spouses. Anything that causes a shift in a couple's finances, schedules, or how they spend their time can be hard on a marriage—including a new job with new responsibilities. "If you stop prioritizing your marriage and allow it to play second fiddle to work, your partner will probably start to feel isolated and angry," says Ochoa.

RELATED: Stressed About Your Salary, Debt, or Spending Habits? Here's What To Know About Financial Anxiety

You've heard of couples who divorced because one person wanted kids and the other didn't—but even when both parties are on board for babies, the reality of taking care of a newborn and raising children can sometimes lead to irreconcilable differences. In one study published in the Journal of Family Psychology, 67 percent of couples experienced a drop in marital satisfaction within the first three years of a baby's birth.

"Having a baby is a typical life stress, and it can create problems in a marriage," says Ochoa. A couple's willingness to compromise and communicate openly—as well as each partner's personality—can help determine how they'll manage in their new roles, she adds. "Someone who already suffers from anxiety or depression may have a have a harder time adjusting to the birth of a child, because it will affect their ability to parent and cope with changes in their relationship."

On an interesting note, research has found that couples whose first child is a girl are more likely to divorce than those whose firstborn is a boy. But a 2014 Duke University study suggests that, instead of daughters somehow "triggering" divorce, girls may simply be hardier than boys in the womb—and may be more likely to survive pregnancies stressed by a troubled marriage.

RELATED: 20 Ways To Fall in Love All Over Again

A 2013 RAND Corporation study of military families found that the risk of divorce among enlisted service members was directly related to the length of time they spent deployed. "War veterans not only have to deal with extended periods of time away from their spouses," Ochoa says, "but also must readjust to life as civilians and may suffer from post-traumatic stress disorder when they do return."

Couples who decide to temporarily live apart for other reasons, such as work or family obligations, don't face all the same problems—but separation can still take its toll on a marriage.

"Every person has different levels of comfort with closeness and distance to each other," says Ochoa. "If both people are comfortable with living apart, it can work well—but if there is a mismatch, based on fears about abandonment, trust, or fidelity, then living apart will strain the relationship."

RELATED: 29 Days to a Healthier Relationship

Couples who go through traumatic events together, like Rebekah Gregory and her husband Pete DiMartino, may grow closer—but they also may push each other away. "In order to heal, sometimes people need to let go of that painful experience and anything that reminds them of it," says Ochoa.

This can also be true for other tragedies, like the death of a loved one or a child, she adds. "Recollections can be triggered by the presence of the other person, and even just being with them becomes painful in and of itself."

"Something I see a lot of now is divorce in Baby Boomers and the older population," Ochoa says. In fact, 2013 marked the first time more adults 50 and older were divorced, rather than widowed—and that number continues to grow as seniors live healthier and longer lives.

"Over time, couples may feel that they've lost their connection to each other or have a lack of intimacy—sometimes sexual, sometimes emotional, sometimes both," says Ochoa. Some may wait until their children are out of the house to finally deal with their problems, while others may suddenly discover they no longer have much in common with the person they married.

This is on the list, of course, but not as high up there as you might think. In fact, Ochoa says,"affairs can often help couples work through underlying relationship problems, as long as both partners are willing to try."

"Cheating is often the thing that brings people to treatment, and sometimes they are able to see it as a starting point for new ways of communicating and reformulating their marital goals," she says. "Other times, it's the final nail in the coffin. If the affair has gone too far emotionally or gone on for too long, it's more difficult to get past."

What To Do About It

"No matter what life events you have ahead of you, being open and honest with your partner may help you weather the inevitable storms," says Ochoa. "Don't be afraid to ask for help, either."

"Sometimes by the time couples come to me, there has been so much stress and deceit that it is likely, or inevitable, that a divorce will occur," she says. "I always tell people in that position that I wish they'd come to me long before it got to this point, and that they'd worked on their issues before they became insurmountable." 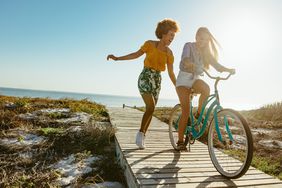 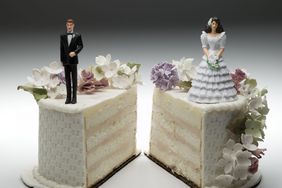