Beth Lipton is Food Director at Health, where she creates multi-platform content, develops recipes, and writes the monthly “Fit Foodie” column. Beth is the author of You Made That Dessert? and was Founding Food Editor for Quick & Simple magazine. In 2014, she completed the Chef Training Program at the Natural Gourmet Institute, including a culinary internship at Michelin-starred restaurant Annisa. Beth lives in Brooklyn with her husband and daughter. When she isn't cooking, she loves to run and read.

After convincing myself for ages that I was a "bad sleeper," I finally decided a few years ago to make an effort to improve my sleep hygiene.

I adopted a nighttime routine. I started taking a calming magnesium supplement. I tracked my sleep. And I've been wearing blue light-blocking glasses for an hour or two before bed, to keep my digital devices from messing with my melatonin levels. Together, these changes have made a world of difference.

But then I met with Dave Asprey—founder of Bulletproof and creator of the butter-filled coffee I'm obsessed with—and he was wearing an intriguing pair of space-agey glasses with yellow lenses… during the day.

Though our meeting was about coffee, I had to ask about his specs: He told me they're made by TrueDark—and that the glasses had improved his sleep so drastically, that he had invested in the company. Then he offered to send me some to try.

As a journalist, I tend to be simultaneously both curious and skeptical about everything. So while I was excited to test these new shades, I doubted they'd be much different from other pairs I'd tried.

The first thing I noticed was how odd-looking they are. I received both versions of TrueDark glasses: One, called Daywalker (now called Daylights), has yellow lenses and is meant for daytime use. (That's the pair Asprey wore to our meeting.) The other, called Twilights Elite, has dark-red lenses and is meant to be worn in the evening.

Unlike Asprey, I'm not brave enough to wear the Daywalkers in public. So I decided to try the Twilight glasses, in the privacy of my own home, to see what would happen.

The very first night, I was amazed by how much they affected me. At 10 p.m. I could barely keep my eyes open, and my usual habit of reading for 20 to 30 minutes in bed (on my phone—really bad, I know) was a struggle. But anyone who has ever lain awake into the wee hours knows what a gift it is to simply feel sleepy at bedtime.

I also found that I slept more deeply. The quality of your Zs matters no matter how many hours you log in bed. And when I wore the TrueDark glasses in the evening, I woke up feeling markedly more rested and refreshed the next day. Falling asleep faster plus a better night's sleep—a big win-win.

Of course, there are a couple of drawbacks. One is that it's plain weird to see the world through red-colored lenses. You can read, watch TV, and do stuff on your computer and/or tablet, but it looks very strange. (Watching an episode of The Great British Baking Show was particularly odd. Although maybe it's not a bad thing that the cakes didn't seem at all tempting to me.)

The other drawback is that the glasses are seriously goofy looking. My husband says they make me look like the Terminator. I don't mind, and we have a good laugh over it whenever I wear them. But if looking funny makes you feel self-conscious, you may have a tough time with these specs.

All things considered, I love my Twilight glasses and have continued to wear them with great success. I plan to take them on a few upcoming trips, to see if they help me beat jet lag. That would be a dream. 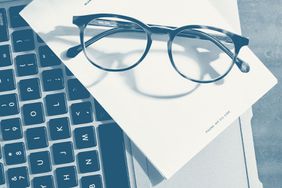 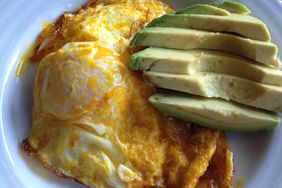