What To Know About Restless Legs Syndrome

FYI: It doesn't just happen while you're sleeping.

You are snuggled under the covers of your bed, on the couch, watching television, when you experience an uncontrollable and somewhat unpleasant urge to move your legs. Sure, it could be a muscle strain or random twitch—or it could be something else going on in your brain.

Restless legs syndrome—commonly known as a sleep disorder but better characterized as a neurological sensory disorder—affects about 7% to 10% of people in the United States, and women are more likely to have it than men, according to the National Institute of Neurological Disorders and Stroke (NINDS).

While the condition is difficult to describe to those who haven't experienced it—and is sometimes difficult to diagnose—there are treatments available.

Here's what you need to know about restless legs syndrome, including signs and symptoms, what can cause the condition, and what to do about it.

What Is Restless Legs Syndrome?

NINDS tells us that restless legs syndrome (RLS), also called Willis-Ekbom Disease, causes unpleasant, uncomfortable sensations in the legs and an irresistible urge to move them.

It's a sensorimotor disorder, meaning it affects both the sensory and motor systems in the body, Brian B. Koo, MD, associate professor of neurology at Yale School of Medicine and director of the Yale Center for Restless Legs Syndrome in New Haven, Conn., told Health.

Symptoms of the condition usually occur during the late afternoon or evening hours, typically increasing at night when the body's at rest. But per NINDS, it doesn't happen only during sleep. Symptoms can occur anytime someone is inactive or sitting for an extended period.

And while RLS usually occurs in the legs, people rarely report similar sensations of restlessness in their arms, face, torso, and even restless genitals explained Dr. Koo.

What Are the Symptoms of Restless Legs Syndrome?

According to Dr. Koo, the symptoms of RLS consist of a distressing urge to move, often associated with sensory discomfort.

Per the Johns Hopkins Medicine Health Library, many people who suffer from the condition describe the sensations as feeling like aching, pulling, or crawling in their limbs. Those sensations can occur on one side of the body, both sides, or can alternate between sides.

While the initial signs are usually during the evening, those who suffer from RLS experience discomfort the following day. RLS is one of several disorders that can cause exhaustion and daytime sleepiness and negatively impact mood, concentration, work, school performance, and personal relationships. According to the NINDS, RLS can lead to a 20% decrease in productivity, increasing a person's risk of developing depression and anxiety.

RLS also links to periodic limb movement of sleep (PLMS). About 80% of those with RLS also have PLMS, characterized by involuntary leg or arm twitching or jerking during sleep that can happen every 15 to 40 seconds, sometimes throughout the night. However, while many people who have RLS also have PLMS, not everyone who has PLMS has RLS.

In most cases, it is not entirely understood what causes RLS in those with no other underlying conditions—otherwise known as primary RLS. However, according to Dr. Koo, there is evidence that low iron levels may be a contributing factor.

Additionally, NINDS said that distinct genetic mutations may contribute to the onset of RLS, specifically among family members who develop RLS before age 40.

Again, as per NINDS, RLS may connect to the following underlying conditions or factors:

How Is Restless Legs Syndrome Diagnosed?

The Johns Hopkins Medicine Health Library tells us while there is no specific test for RLS, healthcare providers clinically diagnose RLS by looking for stereotypical symptoms of the condition, such as:

Healthcare providers may also conduct a sleep study to observe your symptoms and adequately diagnose your condition.

How Is Restless Legs Syndrome Treated?

Dr. Koo explained that ensuring that iron levels are normal, ruling out other sleep disorders that can exacerbate RLS, and eliminating habits like alcohol and caffeine, which worsen RLS, may treat the condition.

Regarding medications, quite a few can treat RLS. The first line of treatment consists of anti-seizure drugs, like gabapentin or pregabalin. Dopamine agents mostly used to treat Parkinson's disease can also be effective. Opiates, which are primarily used in only cases with severe RLS-specific side effects, are also an option, said Dr. Koo.

Unfortunately, RLS is a lifelong condition. It's always wise to see a healthcare provider if RLS disrupts your daily (and nightly) life.

But if symptoms are mild and don't produce significant discomfort or sleep disruption, the condition may not require treatment. Nevertheless, with current therapies, symptoms can be minimized, and restful sleep can be achieved. 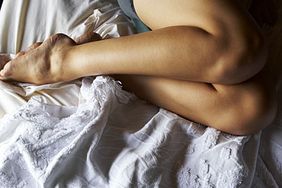 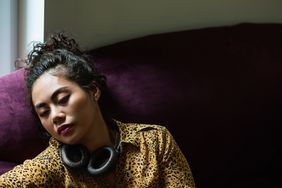 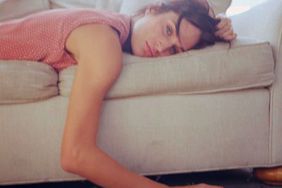