This condition can cause blisters and swelling–and can increase the risk of infection.

There are a lot of reasons to hate mosquitoes. Those bloodsuckers carry diseases like the West Nile and Zika viruses, dengue fever, and malaria. But even without the threat of serious illness, mosquitoes can make summer torturous if you have a mosquito bite allergy—developing huge, red, swollen bumps compared to the small bumps that most people notice.

Here's everything you need to know about skeeter syndrome and how to keep yourself safe.

Skeeter syndrome defines any severe swelling, soreness, redness, itching, and pain that develops after receiving a mosquito bite. A fever may also accompany those symptoms.

Per the Centers for Disease Control and Prevention (CDC), because female mosquitos produce eggs by biting your skin and feeding on blood, they also transfer some of their saliva into your skin. The saliva often causes red, itchy bumps called mosquito bites. But people who develop skeeter syndrome have more severe reactions to the saliva than others.

"Most people get some type of reaction—a small bump and a little redness–but for some people, it's really extreme," Dr. Parikh told Health.

People who experience those intense reactions tend to develop them within hours—or even minutes—of mosquito bites. Because people rarely seek treatment for skeeter syndrome, healthcare providers do not know how many people suffer from skeeter syndrome.

However, people who have lower immunities than others are most likely to develop skeeter syndrome—including babies and young children, people who previously have not had many mosquito bites or come into contact with a new mosquito species, and people who are immunocompromised.

What Are the Symptoms of Skeeter Syndrome?

Per the American Academy of Allergy, Asthma, and Immunology (AAAAI), the tell-tale symptoms of skeeter syndrome include:

"An allergist can diagnose it with a skin test in the office, but we can usually diagnose it clinically, as well," said Dr. Parikh. "If someone comes in and their entire arm is swollen and red from a mosquito bite, it can be pretty obvious."

Some of the cases described in medical literature show just how severe these reactions can be—faces puff up, eyes swell shut, and entire limbs become red and swollen. In some of the most severe cases, mosquito bites can cause bruising and blistering.

Some people can also experience a fever, vomiting, or difficulty breathing, according to one study published in 2015 in the Revista Alergia México [Allergy Journal Mexico].

"The good news is it's not as dangerous as allergies to bees and wasps," explained Dr. Parikh. "Those insect allergies can be deadly, and people need to carry EpiPens with them in case they go into anaphylaxis. Fortunately, we haven't seen any cases of skeeter syndrome that are that severe."

12 Signs You're Having an Allergic Reaction

Are There Tests To Diagnose Skeeter Syndrome?

Healthcare providers can typically diagnose skeeter syndrome by visually assessing the location of the mosquito bite for signs of a severe reaction.

For instance, they may ask whether you have a history of severe reactions to mosquito bites and if you have recently traveled outside the country where there may be different mosquito species.

Is It Skeeter Syndrome or a Skin Infection?

That does not mean that there's not a connection between the two conditions, however. People with skeeter syndrome are at higher risk for developing skin infections than others, noted Dr. Parikh. That is because they are more likely to scratch their bites and have large wounds that take longer to heal.

If you do develop a fever after a mosquito bite—or if the bite seems to get bigger or more inflamed and does not get better after a few days—see your healthcare provider to rule out a skin infection.

Everything You Must Know About Mosquitoes This Summer

How To Treat Skeeter Syndrome

You can treat skeeter syndrome by taking an oral antihistamine, applying hydrocortisone cream to the mosquito bite, and taking a fever reducer (like acetaminophen or ibuprofen) to treat any pain or a fever.

"Applying ice or a cold compress can help, too, because sometimes the bites get really red and hot and angry-looking," explained Dr. Parikh.

For the most extreme cases, Dr. Parikh added, there may be a more permanent solution: "Here in our practice, we do have one or two patients that get it so badly that they're getting desensitized through allergy shots, the same way they would for dust or mold."

How To Prevent Mosquito Bites

If a bad reaction to mosquitoes affects your ability to enjoy the great outdoors, the best way to remedy that is to prevent bites in the first place.

And even if you don't develop skeeter syndrome, mosquito bites can be pesky annoyances. According to the CDC, there are steps that you can take to prevent mosquito bites, like:

"If you know you're predisposed to this, it's important to carry bug spray with you or wear clothing that covers your skin when you know you're going to be in a mosquito-infested area," said Dr. Parikh.

Allergy shots may not be a necessary commitment for most people, however—especially because skeeter syndrome isn't life-threatening and mosquitoes usually aren't a year-round problem.

"It's easier to avoid bites in the first place with careful planning," explained Dr. Parikh. "And carry medications with you that can help provide some relief." 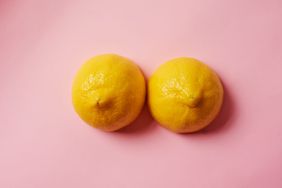