It's not unusual to have one particularly dark, coarse hair somewhere on your body.

Have you ever noticed a solitary hair, thick, dark, and coarse, right on the bottom of your chin? Well, no need to panic—it's actually very common.

Those hairs often pop up on the chin, but people can have one anywhere—the cheek, arm, belly button, you name it. It's usually nothing to worry about, most people having at least one somewhere on their bodies.

But what causes those single dark hairs to pop up on your skin? And why do they become more prominent during hormonal shifts—like during pregnancy or in the months leading up to menopause?

Here's what you should know about that type of hair growth, as well as what to do if you notice more than just a couple of hairs anywhere on your body where hair doesn't usually grow.

What Causes Dark Hairs to Pop up on the Body?

It's absolutely normal to have hair on your chin—or any part of your body, for that matter.

You can find vellus hair on most parts of your body, save for places like the palms of your hands and the soles of your feet. More commonly known as "peach fuzz," vellus hair is fine, lightly-colored hair that helps regulate your body temperature by insulating the body.

But sometimes, hormonal shifts or your genetics cause a couple of those peach-colored hairs to stand out, appearing thicker, darker, or coarser than usual.

Your vellus hair follicles enlarge throughout puberty due to increasing amounts of sex hormones called androgens. That kickstarts the growth of dark, coarse hair.

Following puberty, you may notice that those hairs become more prominent during hormonal shifts—including during pregnancy or in the months leading up to menopause.

For example, during pregnancy, you may notice hair growth due to high levels of estrogen, progesterone, and prolactin, among other growth factors, per one study published in 2020 in the International Journal of Molecular Sciences.

Also, according to one article published in 2022 in the journal Climacteric, excess facial hair is not uncommon for postmenopausal people due to high levels of androgens.

That's because your body produces less and less estrogen and progesterone during menopause, which typically begins around age 50, according to the Johns Hopkins Medicine Health Library. The decline of estrogen and progesterone is the culprit of several symptoms of menopause—including hot flashes, vaginal atrophy (drying and thinning of the vagina), urinary incontinence, as well as hair growth.

If you're postmenopausal, you may also notice a couple of dark, coarse hairs on your chin, neck, or upper lip due to an imbalance of sex hormones. While estrogen and progesterone steadily decrease during menopause, the amount of androgen stays the same, possibly stimulating hair growth.

You may notice that cisgender men often have more dark, coarse hair on their chins, armpits, and chests than cisgender women. That's because while everyone produces androgens, the male body produces more than the female body.

According to the National Institutes of Health, other symptoms that may indicate that your ovaries are producing excess androgen include:

The overall balance of sex hormones, including androgen, is partially determined by your genes. Some evidence suggests that genetic variations in ovarian cells which occur in women with polycystic ovary syndrome (PCOS) cause some cases of excess androgen, per the National Institutes of Health.

So, if you notice that your mother, sister, aunt, or cousin also has dark, coarse hair in areas where such hair doesn't usually grow in cisgender women like the chin, chest, or abdomen, or any other symptoms of excess androgen, it may be that the hormonal imbalance runs in your family.

Still, in some cases, excess androgen may indicate a medical condition that requires treatment.

Are They a Medical Concern?

A couple of dark, coarse hairs are generally normal. However, experiencing excessive hair growth in places where hair does not usually grow (for example, the chin or face) may be a sign of hirsutism.

According to the National Library of Medicine, in cisgender women, hirsutism is the growth of dark, coarse hair, typically resembling male-pattern hair growth such as on the face, chest, back, and lower abdomen.

PCOS gets its name from the cysts in the ovaries of some people with the condition. Cysts are fluid-filled sacs that form when an immature egg does not develop and release during ovulation.

Some people with PCOS do not develop cysts, while others do not ovulate and develop multiple cysts in their ovaries. Those cysts produce androgens, which cause a hormonal imbalance that may influence abnormal hair growth.

What's more, some people with PCOS develop insulin resistance, increasing their risk of developing type 2 diabetes. And when the body does not adequately utilize insulin, that also raises androgen levels.

According to the Johns Hopkins Medicine Health Library, PCOS causes hirsutism and cysts in the ovaries. Other common symptoms of PCOS include:

If you have symptoms of PCOS, consult with your healthcare provider to discuss what tests may be needed to make the diagnosis, including ultrasounds of the ovaries or blood tests to check androgen levels.

Treatments for PCOS include lifestyle changes (including a healthy diet and increased physical activity), which help prevent type 2 diabetes and encourage ovulation, and medications (including the birth control pill) to regulate your menstrual cycle.

According to the National Library of Medicine, Cushing's syndrome is a disorder that occurs when you're exposed to an abundance of the hormone cortisol.

For example, some people with autoimmune diseases, like rheumatoid arthritis or multiple sclerosis (MS), take glucocorticoids, a synthetic form of cortisol, to fight inflammation. Overexposure to cortisol for extended periods places those people at risk for developing Cushing's syndrome.

Per the National Institute of Diabetes and Digestive and Kidney Issues, cisgender women who develop Cushing's syndrome may notice excess hair growth or an absence of menstrual bleeding. Other symptoms of the disorder include:

If you have symptoms of Cushing's syndrome, talk to your healthcare provider about a lab test to check your hormone levels. Treatments include lowering cortisol levels in your body—including reducing the dose of glucocorticoids.

NCAH is a mild form of congenital adrenal hyperplasia (CAH), a group of genetic disorders that impair the adrenal glands.

According to the Johns Hopkins Medicine Health Library, people with NCAH typically do not demonstrate symptoms of the condition until they reach puberty. Cisgender adolescent girls usually reach puberty earlier than average, experience excess hair growth, and have irregular periods.

Treatments for NCAH, similar to PCOS, include the birth control pill to regulate the menstrual cycle. However, they may also include other treatments such as steroids.

Although less common than other medical conditions that cause hirsutism and are generally rare, androgen-secreting tumors may cause cisgender women to display stereotypically male characteristics, like dark, coarse hair growth.

According to one study published in 2013 in the journal Case Reports in Endocrinology, other symptoms include:

If your healthcare provider discovers that an androgen-secreting tumor is causing your symptoms, you may undergo surgery to remove the tumor.

How To Get Rid of Dark Hairs on the Body

Whether you have one or two dark, coarse hairs or more extensive hair growth, removing the hair is not necessary. Everyone has hair on almost every part of their body—it's totally normal.

However, if you wish to remove the hair, the American Academy of Dermatology Association recommends several safe ways to remove hair, such as:

You can shave, tweeze, wax, or use depilatories or prescription topicals to remove your hair at home (although, remember to be careful!). On the other hand, you can visit a professional to receive waxing, threading, laser hair removal, or electrolysis.

And don't worry about the hair growing back even darker or coarser than before. As of October 2022, no evidence suggests that rumor is true.

Having one particularly dark, coarse hair on your body is not unusual. Those hairs typically pop up due to changes in hormones, in response to pregnancy or menopause, or if you're genetically predisposed to having slightly higher androgen levels than average.

However, consult your healthcare provider if you experience excessive hair growth. 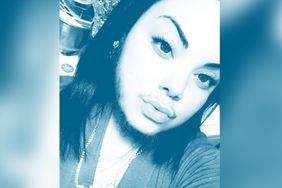 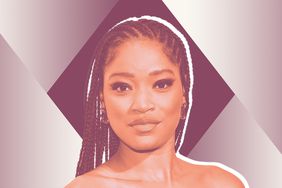