Fungus can leave you with thick, discolored, and malformed nails, but Kerasal Fungal Nail Renewal helps hydrate and rebuild.

If you've ever had a toenail fungus, you know that getting rid of it is only the beginning of a long journey to get your nails back to their previous healthy state. Onychomycosis, as it's medically known, causes all sorts of aesthetically unappealing problems, including making the infected nails brittle, discolored, textured, or unnaturally thick or thin. More than just looks, these side effects can be downright painful.

Luckily, Amazon's best-selling Kerasal Fungal Nail Renewal treatment can help. Kerasal isn't an actual nail fungus treatment, but it does work to help fix the appearance—those discoloration, thickness, and texture issues—the fungus has created that may cause you pain and embarrassment.And right now, it's conveniently 40% off at Amazon, bringing the price of the tube down to a cool $15.

Kerasal Fungal Nail Renewal contains lactic acid, propylene glycol, and urea, ingredients which Mary Jacobson, M.D., chief medical officer with women's telehealth platform Alpha, says have been shown to help improve the appearance of nails affected by toenail fungus. That's because these three ingredients help break down the outer layers and put moisture back into your nails and skin. A topical with these ingredients can help improve the look and feel of the infected nail when you use it alongside your other antifungal treatment (which you can obtain from your primary care physician, Dr. Jacobson adds).

Kerasal works by softening the super thick nails that are too hard to trim. As you use it over time and your nail becomes softer, you can start to file down the tops to thin it out as you continue treatment. The gel is applied to the nail (on top and under the edge) twice daily for the first week, and then every night for a minimum of eight weeks, according to the manufacturer.

This Anti-Aging Mineral Sunscreen Is Effective, Gentle, and Doesn't Leave a White Cast

Nearly 30,000 five-star ratings on Amazon can attest to Kerasal's effectiveness. One reviewer shared that several of their toenails had been infected for years, and despite trying several drugstore and doctor-prescribed treatments, a few nails got to "the point that [they were] about a quarter of an inch thick, hard as rock, and starting to curl." They began to see improvement after a couple of days of using Kerasal, and within two weeks, the "nails on one foot are now 90%+ normal in appearance [and] on the other foot [they are] 60%+ normal in appearance. [It's] basically miraculous."

That same sentiment is echoed in review after review. A shopper who said they had "one of those weird toenails for years" found Kerasal "very simple to apply," and after a month, their toenail was healthier, "a lot less brittle," and there was "no fungus visible." One 70-year-old shopper even said they'd had "creepy toenails" for over 50 years and nothing had ever helped—until "this crazy topical cleared 90% in a couple months."

All reviewers agree you need to use it every night. And though some shoppers report seeing a difference after just one or two applications, it's smart to use it for the full eight weeks. Really, the only negative reviews are from people who are disappointed this isn't an anti-fungal treatment, which it does not purport to be (although it is Amazon's best-selling antifungal remedy, which, we'll admit, might be confusing for customers).

If so many reviews raving about this product's ability to improve the appearance of infected nails, from more mild discolorations to full-on destroyed big toenails, wasn't enough to convince you this product can probably help, that current discount of 40% off should seal the deal. 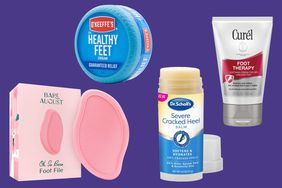 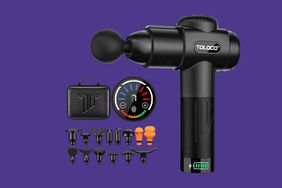 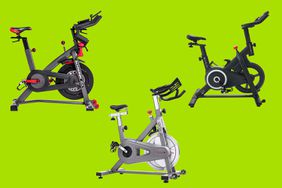 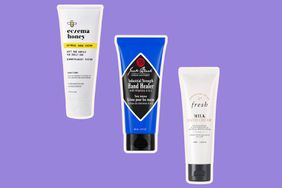 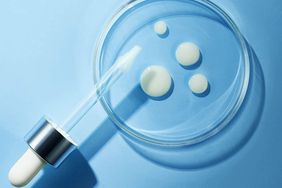