How Often Do You Really Need to Shower? Dermatologists Reveal the Truth

Plus, what to do if all that showering is messing with your skin.

If you've been on the Internet at all this week, you've probably heard that multiple celebrities have admitted they don't prioritize bathing. Mila Kunis and Kristen Bell said they don't bathe their children everyday, while Ashton Kutcher and Jake Gyllenhaal said they don't shower often, PEOPLE reports. The news has left many people with questions about why some don't shower as often as others and whether or not that's healthy.

But according to dermatologists, there’s a actually right (and wrong) number of times to shower each week. And, sorry to break it to you if you're in the as-little-as-possible camp, a good general guideline is once a day or once every other day, says Nada Elbuluk, MD, clinical assistant professor of dermatology at Keck School of Medicine at the University of Southern California.

However, even that recommendation might vary depending on your workout habits or where you live, explains dermatologist Heidi A. Waldorf, MD, a member of the Women’s Dermatologic Society. Take the three things below into consideration to determine your own personal shower quota. Trust us, your skin will thank you.

The Best Moisturizers to Combat Dry, Flaky Skin, According to Dermatologists

There are a growing number of on-the-go products you can stash in your gym bag (or grab from your studio's shelves, bless) that let you leave the gym smelling fresh without a shower. While these can be huge time-savers, if you’ve really been sweating, you probably want to grab a towel and head to the locker room to rinse off.

“We shower to remove oil, skin cells, sweat, bacteria, and dirt,” says Dr. Waldorf. When all that builds up on your skin, it can lead to anything from pimples to bacterial or fungal infections, she explains.

For people who are particularly prone to acne, Dr. Waldorf says, showering right after exercise can help ward off a breakout by clearing out pores—which is especially important if you work out in makeup.

If you're really short on time, at least wipe down with a washcloth and water, suggests Clay Cockerell, MD, founder of Cockerell Dermatopathology.

How Often Should You Pee a Day? A Doctor Weighs In

For those with oily skin, Dr. Cockerell suggests sticking with the once-a-day rule. “But if you have sensitive or very dry skin, shower no more than a couple times a week to reduce dryness, itching, and inflammation," he says.

If you have dry skin and work out on the reg, he suggests using a gentle soap and applying moisturizer after you shower.

And don’t forget that your skin type may change as you age. “As people get older, they generally tend to make less oil and may have skin troubles if they bathe more than several times a week,” Dr. Cockerell says.

Exercise and work meetings aren't the only things that make you sweat. If you live in a hot, humid environment, you’re going to want to shower every day to minimize the bacterial buildup (read: stink) on your skin.

If it's cooler outside by you, you can get away with showering less. “During cold, dry winter months, it’s best to shower less frequently,” says Dr. Waldorf. Overdoing it on showers in dry air might actually dry out the skin more, Dr. Cockerell adds.

If you notice your skin is dried out, scaling, or itching more than usual, consider showering less and cutting down on scrubs and exfoliants. “Simply using your hand or a washcloth and body soap is best,” Dr. Cockerell says. (Then, lather on one of these derm-recommended moisturizers).

Showering correctly is more important than showering often or saving time with dry shampoo, Dr. Elbuluk says. That means using lukewarm (not hot) water, keeping it under 10 minutes, and not using an exfoliant on a regular basis unless your dermatologist recommended it. 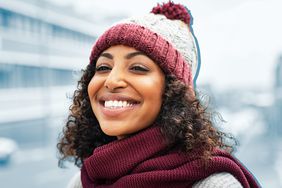 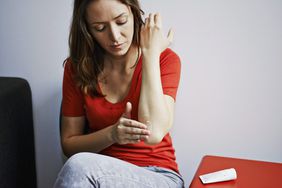 What Is a Chlorine Rash? Experts Explain Why Your Skin Might Feel Itchy After Swimming in a Pool 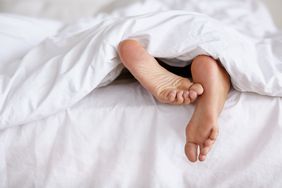