You should definitely watch where you step—here's why.

Insect bites are pretty unavoidable—we are invading their homes when we go outside, after all—but because there are so many different species of bugs that can nip at your skin, it's hard to pinpoint which bug did the damage once you see a mark on your body.

While spider bites, flea bites, or even bee stings may come up first when talking about bugs and their interactions with humans, there's one well-known (but lesser-suspected) type bug that can leave a pretty nasty mark: ants. Here's what you need to know about ant bites—including symptoms, treatments, and prevention techniques—just in case you come across some this summer.

What Exactly Are Ant Bites?

There are quite a few different species of ants, but when we talk about ant bites, we're referring to fire ants, John Anthony, MD, a dermatologist at Cleveland Clinic, told Health. These fire ants are red-colored insects, hence their name, according to the US National Library of Medicine's MedlinePlus resource.

It's also a common misconception that ants "bite" at all. "Most ants actually don't bite. It's actually a sting," Dr. Anthony said. Tania Mucci-Elliot, MD, an allergist and immunologist at NYU Langone's Department of Infectious Disease, Allergy and Immunology, echoed this: "They are painful bites, almost like a sting more than an itchy thing."

Fire ants sting you by first latching on to your skin with their jaws. After that, they sting you multiple times, making a circle as they go, Dr. Anthony said. In stinging you, the ants also unleash venom into the sting, which contains a chemical called piperidine. The result, therefore, is a "little tiny red mark surrounded by pus bumps," Dr. Anthony said.

What Are the Symptoms of Ant bites—and What Do They Look Like?

The most common reaction to a fire ant sting or bite is a red, raised welt, according to the American Osteopathic College of Dermatology (AOCD). The following day, the welt will go down, but a pustule will likely take its place, per the AOCD. Also worth noting is the fact that you probably won't come away with just one mark by one ant, Dr. Anthony said. "They're very aggressive, and they swarm. It's unusual to get one bite."

Fire ant bites are extremely painful and can cause itching and burning. "They have venom and they bite, so they're painful," Dr. Mucci-Elliott said. But some individuals who get bit by a fire ant experience more than a localized reaction on the skin. "Some people are allergic to fire ant stings," Dr. Anthony said, though this is rare. These anaphylactic reactions can cause a range of physical symptoms, Dr. Mucci-Elliott said. For instance, if you're bit on your leg and you're allergic, a fire ant bite could cause your whole leg to swell up, or it could cause you to be unable to breathe.

How Are Ant Bites Treated—and How Can They Be Prevented?

Your treatment depends on the severity of your reaction. If red welts are your only symptoms, your treatment will be focused on local care. "It's usually cool compresses [and] cool water. Sometimes antihistamine medicines can help," Dr. Anthony said, and added that topical steroids might be used to treat the welts, or oral steroids if the welts are severe enough; it can take up to a week for the affected area to completely clear up.

If you already know you are allergic and have an epinephrine injector (aka, an EpiPen) you should use it right after you become aware of the bites, said Dr. Anthony. If you develop a severe reaction because of an allergy to fire ant bites, you need to be taken to the emergency room, Dr. Mucci-Elliott said.

Fire ants are mainly a problem in southern states in the US, according to the Centers for Disease Control and Prevention (CDC). "You don't really get fire ant bites up in the North," Dr. Mucci-Elliott said. So anytime you're outside in a southern state, you should be mindful of your surroundings. This means watching where you're walking, sitting, or spending really any amount of time—and especially remembering to wear shoes when you're walking around. In particular, you should watch out for earth mounds in your backyard, Dr. Anthony said. These are soft mounds that will appear overnight in your yard.

When you initially approach them, you won't necessarily see the fire ants. However, "if you disturb them, they'll swarm," Dr. Anthony said. Other protective measures include proactively applying an insect repellent that contains DEET. Dr. Mucci-Elliott said you should make sure your insect repellent is appropriate for the activity you have planned. For instance, if you're going hiking in the woods, consider a bug repellent specifically for the deep woods. Wearing protective clothing could also benefit you when you're spending a lot of time outdoors, Dr. Mucci-Elliott said. 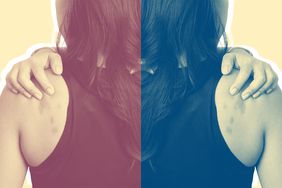 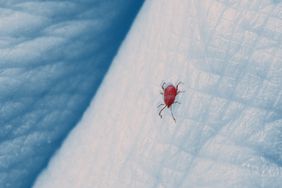