"It's a common perception that melanoma, although can be deadly, can be removed pretty easily and there's only a small scar."

It's easy to write off a sun spot as no big deal, but a mark on one man's neck ended up turning into skin cancer—and he lost a huge chunk of skin from his neck and back because of it.

Ryan Glossop, a 37-year-old father of two, was diagnosed with melanoma in November 2018, his wife Fallon Glossop wrote in an emotional Facebook post. "After 40 odd biopsies of his neck and back, [one] of his lung and [four] surgeries, what started out so small, turned into something that none of us were ready for," she wrote.

The reason for multiple surgeries, Fallon said, was because even after the mole in question was removed, Ryan's tests kept coming back abnormal. "The thing is, with any skin cancer, not only do they remove the affected area of skin, but they also take a boundary around it," she wrote. According to Fallon, Ryan's abnormal tests were due to a condition called nevus spilus. "It's very rare for it to transition into melanoma, but in his case it did," she wrote.

For Ryan's fourth surgery, which happened in May 2019, he had such a large area of skin removed from his neck and upper-back area, that "a whopping 8cm wide and 40cm [nearly 16 inches] long chunk of skin was removed from the back of both [of his] legs to cover the patch on the back of his neck," according to an interview with Yahoo News Australia.

What is nevus spilus, exactly?

Nevus spilus, which is what led to Ryan's melanoma, is a birthmark with a light brown background with smaller, darker brown dots inside of it, says Joshua Zeichner, M.D., a New York City board-certified dermatologist. "These are usually present at birth or appear during childhood," says Gary Goldenberg, M.D., assistant clinical professor of dermatology at the Icahn School of Medicine at Mount Sinai in New York City.

Nevus spilus are "relatively common and usually harmless. However, they rarely have been reported to turn into a skin cancer called melanoma," Dr. Zeichner says. Just like with any mole, "it's possible for nevus spilus to become abnormal or even cancerous if it's exposed to lots of sunshine," Dr. Goldenberg says.

Melanoma is the most deadly form of skin cancer and is most commonly found on the chest and back in men and on the legs in women, according to the American Cancer Society (ACS). According to ACS estimates, about 96,480 new melanomas are expected to be diagnosed in the U.S. this year, and about 7,230 people are expected to die of the disease.

It's always a good idea to have your spots regularly checked by a dermatologist, Dr. Zeichner says, but if you have a new or changing spot, you should get it looked at right away. "Not all nevus spilus spots need to be treated," he says. "However, if the birthmark itself has grown or changed in size or color it should be sampled and sent to the lab."

What about his scar—is it common to lose so much skin with skin cancer?

It really depends. "When you have a skin cancer, it needs to be fully removed with a clean margin, which is the technical term for the border," Dr. Zeichner explains. "The size of the margin depends on the severity of the skin cancer." Melanomas are usually removed with a large margin to make sure that the entire lesion is gone, he says.

Ryan's scarring—despite the smallness of his cancerous mole—is why he decided to share his story. "It's a common perception that melanoma, although can be deadly, can be removed pretty easily and there's only a small scar," he told Yahoo News Australia, adding that his photos have opened many people's eyes to the lasting effects of melanoma.

Currently, Ryan is doing well and is cancer-free—and is encouraging other people to get any spots on their skin checked. "This whole experience has been hugely challenging for all of us, but if anything good is to come out of this, it is that we now want to help raise more awareness of skin cancer," Fallon said in her Facebook post. "Melanoma accounts for 10% of all skin cancers, which is why it is so important that everyone has regular skin checks. Your life is too precious to just bake yourself in the sun and not worry about your skin."

What Is Melanoma? Cancerous Moles Symptoms, Causes, and Treatments, Explained by Dermatologists 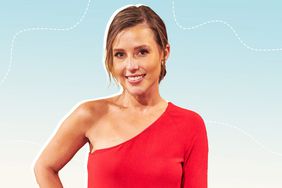