What do rotting food, a pus-filled wound, and risky sex have in common? People find them disgusting, and women are more disgusted by them than men.

That's the conclusion of a study published in Philosophical Transactions of the Royal Society, which investigated why people feel disgusted. The study evaluated the disgust level of more than 2,500 men and women (66% of participants were female) toward various stomach-lurching scenarios.

In the study, researchers gave the participants 72 situations, asking them to rate each on a scale ranging from "no disgust" to "extreme disgust." The scenarios covered six categories: atypical appearance, lesions, sex, hygiene, food, and animals.

The specific scenarios ran the gamut from biting into a mealy apple to seeing mites in a child's hair. Those that focused on sex included finding out that your partner once paid for sex, discovering during foreplay that your partner had poor genital hygiene, and hooking up with someone shortly after meeting them for the first time.

After the study authors analyzed the results, they found that across all the scenarios, women were more disgusted by them than men. Most notably, there were significant differences in how grossed out men and women viewed sex-related situations.

Why did these scenarios elicit so much revulsion in general? The researchers suggested that humans evolved to be disgusted by things that could pose an infectious disease threat—such as spoiled food, an open wound, and yep, bad sexual hygiene or promiscuous behavior. What we find disgusting could also be driven by social norms, the researchers wrote.

Women were more disgusted by the sexual scenarios perhaps because females evolved to avoid situations that pose a disease threat to themselves or their children, lead author Val Curtis told The Independent. It may also have to do with the fact that men take more risks in general, according to the study.

"Although we only really came to understand how diseases transmit in the 19th century, it's clear from these results that people have an intuitive sense of what to avoid in their environment," said Micheal de Barra, who co-led the research. "Our long coevolution with disease has 'wired in' this intuitive sense of what can cause infection." 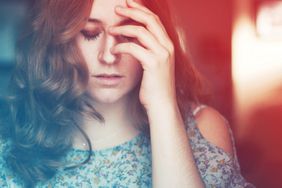 Is a Headache a Symptom of COVID-19?