Remember: Your vagina does a great job of cleaning itself.

It's something that women and people with female reproductive organs are told time and again by doctors: The vagina is self-cleaining—that's to say that, despite a myriad of products out there marketed to cleanse it, the vagina already does a great job of keeping itself clean via natural secretions and its own specific pH.

And yet, new products and practices still emerge all the time promising to do what the vagina already does naturally. Case in point: Goddess Vaginal Detox Pearls—a product by Goddess Detox Inc., that promises, like the name suggests, to detox your vagina. But quite a few ob-gyns are pretty wary over detox products in general, and especially these. Here's why.

What are vaginal detox pearls—and how do they work?

According to the company's website, the Goddess Vaginal Detox Pearls are actually "all natural herbal vaginal suppositories that are spiritually helping women reconnect with themselves, their yoni, and detoxing their exes." Essentially, the website reads, the pearls will "change your life," and women in the reviews say they've used the pearls for a range of reasons, including "detoxing" after a breakup, trying to conceive, and to reduce cramps.

The product isn't regulated by the Food and Drug Administration (FDA), so it's hard to know exactly what's in it. But the main ingredients in the pearls, according to the company's website, are as follows:

"These are a lot of botanical ingredients," Lauren Streicher, M.D., a professor of clinical obstetrics and gynecology at Northwestern University's Feinberg School of Medicine, tells Health. "The idea is that, if it's botanical and organic, it's healthy, but that's not true. Arsenic is natural, but you don't want to put it in your vagina."

To use the pearls, you insert one into your vagina via an applicator, and let it sit there for 24 hours, per the website. After you remove that pearl, you insert a second pearl and leave that one in for 48 hours. One those additional two days are up, you remove the second pearl and wait three to five more days—that's when the "purging process" will occur, in which "dead vaginal cells, mucus, yeast, old blood clots" and "other components" are "expelled" from your vagina.

Why are doctors concerned about these vaginal detox pearls?

At best, doctors say it's unnecessary. "Your vagina self cleaning and is amazingly designed to not need other items like those ingredients," Christine Greves, MD, a board-certified ob-gyn at the Winnie Palmer Hospital for Women and Babies in Orlando, Florida, tells Health. Jessica Shepherd, MD, an ob-gyn in Texas, agrees. "The vaginal canal is so cleansing," she tells Health. "It does not need extraneous help."

Not only is a vaginal detox unnecessary, "the idea that women need this is offensive," Dr. Streicher says. "This is yet another example of someone taking advantage of the fact that women think that their vagina needs some kind of treatment," she says.

Even more, doctors we interviewed say there's a risk of harm when you use a product like this. Dr. Streicher is particularly concerned about the implications that the product treats a medical problem, including infertility. And in 2020, a class-action lawsuit was filed against Goddess Detox Inc.—specifically that company's claims that the product can treat infertility are unlawful because infertility is a medical condition, which means a treatment for it must be approved by the FDA.

There's No Such Thing as a 'Normal' Vagina, and That's a Good Thing

"This can actually cause problems for women," Dr. Streicher says. The "purging process" is a huge red flag, Dr. Streicher says. Based on photos on the website of the "purged" materials, provided by women who've done the detox, Dr. Streicher says that the it seems to cause the epithelial tissue—or the top layer of tissue—in the vagina to slough off. "That's not good," she says. Dr. Greves agrees, saying, "that's not normal."

Jennifer Gunter, MD, an ob-gyn and author of The Vagina Bible, also warned about the detox after someone brought it to her attention on Twitter. "This is a sign of vaginal injury," Dr. Gunter said of the "purging process" the detox includes. "These products literally damage the vaginal mucosa and microbiome and that is the 'result'—[desquamated] inflamed cells and dead bacteria and mucus. Not good."

Dr. Greves says this kind of treatment can damage the vaginal mucosa, which is the mucus membrane in the vagina that helps keep it moist, among other things. "It defends us from germs and pathogens, and therefore infections," she says. "If that barrier is affected and damaged, undesirable things can happen." Putting something like this in your vagina also has the ability mess with your vagina's natural pH, which also helps protect it from issues, Dr. Streicher says. As a result, you could end up with a host of issues, including yeast infections, bacterial vaginosis, general discomfort, and even an increased risk of STIs.

"This is a bad thing to use in a healthy vagina," Dr. Streicher says. "But if someone is already having problems—and that seems to be who they're going for with this—they could take an area that's already having issues and potentially make things much worse."

Again, the FDA doesn't regulate this kind of product, and Dr. Streicher says that's a major issue. "It's one thing to put face cream out there with false claims that it can make you look 10 years younger," she says. "But this is actually damaging tissue and making it slough off."

If you have a recurring problem—any problem—involving your vagina, Dr. Shepherd says it's really best to talk to your ob-gyn about it. And, whatever you do, Dr. Streicher stresses the importance of not buying so-called vaginal detoxes off the internet. "This is so bad," she says. "This is doing nothing good for you."

Health reached out to Goddess Detox Inc. for comment on their Goddess Vaginal Detox Pearls and is still awaiting a response. We will post updates as they're available.

6 Reasons You Shouldn't Use Herbal Tampons to Detox Your Vagina 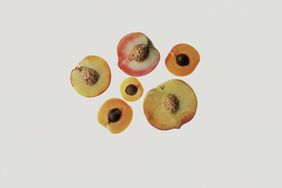 3 Cold-Season Medications That Can Mess With Your Vagina