It's the ultimate summer sex fantasy—but it poses some health risks.

Just like sex in the shower, sex on a beach or in the ocean or swimming pool is hardly as glamorous in real life as it seems. Yet it's still portrayed on screen as one of the ultimate summer sex fantasies.

We get it: It's hot out, you're already half naked, and it's hard to pass up the opportunity to have sex when you've got a beach or pool to yourself. As romantic as that sounds, there are unpleasant realities to this kind of summer lovin'. Some may just kill the mood, while others could hang around long after you're back in your swimsuit. Before you strip down, read up.

You'll Probably Get Sand in or Near Your Vagina

This should be obvious to anyone who's ever been to a beach, but sand gets everywhere. "Sand acts as an abrasive, so if you get it around the genitals, on the vulva, or even in the vagina, it can actually lead to irritation and chafing," said Leah Millheiser, MD, Director of the Female Sexual Medicine Program at Stanford University.

If you're determined to have sex on the beach, make sure you have a large towel beneath you. Rinse off afterward with fresh water, not seawater. If the sand causes any micro-tears in your vagina, salty ocean water can sting and burn.

"While it may be uncomfortable, it's not a major concern, though," said Dr. Millheiser. "Women's bodies are constantly producing vaginal lubricant, which cleans out the vagina—that sand will eventually make its way out."

Nearly one-third of 498 disease outbreaks from recreational water—many of which were GI-related and resulted in approximately 27,000 cases of illness and eight deaths—were associated with hotel pools, hot tubs, and spas, according to a 2018 report from the Centers for Disease Control and Prevention (CDC).

"Bacteria can live in pool water, and we know that if somebody has a GI virus, like diarrhea, and they go swimming, that viral material can get into the pool and spread," said Dr. Millheiser, even to your vagina.

Not only do little kids have accidents on the beach, but birds and animals use the sand as their public toilet. And that means beach sand can contain 100 times the levels of fecal bacteria as seawater, according to a 2015 study published in the journal Environmental Science & Technology.

"You've got to use common sense when it comes to where you have sex," said Dr. Millheiser. "Bacteria and viruses are everywhere in our environment. That doesn't mean everyone who has sex at the pool or on the beach will get an infection, but it is possible to get infections from what's on the sand and in the water. Be smart."

Water Dries Out Your Vagina

"When you have sex in the water, you lose lubrication," said Dr. Millheiser. "Vaginal lubrication is water, the majority of what you're in is water, and so when water meets water, that natural lubricant dries up really quickly."

Lube is important, especially when you're in water, because it can make sex feel better and might prevent tears. "When you get a tear, it's easier to transmit infections from the water or from one partner to another," Dr. Millheiser said.

The 6 Best Natural Lubes to Try

Urinary tract infections are pretty common all year long. But the frequency with which women get them goes up in the summer, according to a 2013 study published in PLOS One. That's likely because bacteria thrive in hot, moist environments (like your bathing suit bottoms), and many bacteria could come in contact with your vagina during the summer.

"Women get urinary tract infections (UTIs) simply by the in-out motion of penetrative sex," said Dr. Millheiser. "What that's doing is pushing bacteria that surrounds the opening of the urethra into the bladder, and that can lead to a UTI."

Bacteria from a hotel pool could also potentially make its way up into the urinary tract and lead to a UTI. If you have sex in the pool, "urinate immediately afterward, because if any of the pool water with bacteria did get up to your bladder, you want to try to get it out," Dr. Millheiser advised.

Imbalanced pH in the Vagina

It seems possible that peeing in the ocean or having sex in the sea could mess up the natural pH level of the vagina, but we don't know for sure.

Maintaining a healthy pH level in the vagina is important for protecting it from bacteria and other bugs that can cause vaginitis, an inflammation of the vagina with discharge, itching, and burning. Several factors can cause an imbalance in vaginal pH, like taking antibiotics and vaginal douching. Unprotected sex can also throw off the pH balance, according to a 2016 study published in the Journal of Infectious Disease. So it's possible having sex in the ocean could change the pH of the vagina, but there aren't specific studies to know for sure.

You're Still at Risk for Pregnancy and Infections

Some people think it's impossible to conceive if they have sex in water. "I've had plenty of patients who got pregnant through having sex in water, thinking that they wouldn't get pregnant," said Dr. Millheiser. "When ejaculate enters the vagina, there are a million sperm being sprayed up around the cervix—and it just takes one to get in!"

Speaking of summer sex myths, some people also think that chlorine and hot water can kill sperm, so they don't need to worry about getting pregnant—or contracting a sexually transmitted infection (STI). According to a 2007 study published in the International Journal of Urology, sperm count was reduced by exposure to hot water but was reversible when hot water exposure stopped.

Dr. Millheiser said that hot water and chlorine could damage sperm. But if someone ejaculates sperm inside your vagina, it only takes one sperm to make it to the egg for a chance of pregnancy. As for STIs, chlorine and heat will not kill the bacteria or viruses that cause these infections. You may have a vacation mindset, but do not take a vacation from safe sex.

Although sex on the beach or in a pool is made to seem glamorous in the media, there are several health risks to be aware of before deciding to take the plunge. Talk with your healthcare provider if you experience any symptoms or concerns. 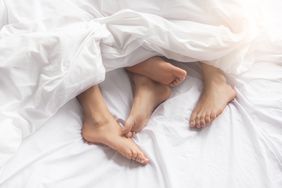 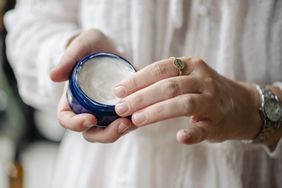 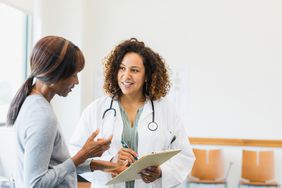