Sex After Having a Baby: Is It Better or Worse for Parents?

It can vary from person to person.

Sexual satisfaction is typically linked with different aspects of your life whether or not you're a parent. A November 2016 Archives of Sexual Behavior article pointed out that factors such as education levels; physical and psychological health; and valuing sexuality can affect how satisfied a person is with their sex life. Being happier or more satisfied with your relationship is also important, as noted by the authors of an Archives of Sexual Behavior study published in January 2022.

Thus, it goes without saying that these same things may play a role in postpartum sexual satisfaction. For instance, childbirth can result in vaginal changes that might deter you from having—or wanting to have—sex right away. Sleepless nights with a crying newborn might tank your sex drive or sabotage any attempts to have a positive sexual experience.

Therefore, if you've recently had a baby or plan to be pregnant in the future, it's understandable to worry about what having a child will do to your sex life. Here's more about what parents think when it comes to their enjoyment of and satisfaction with post-childbirth sex.

How Do Parents Feel About Sex After Having a Baby?

It's important to note that there's no specific way parents must feel about sex after becoming parents. That experience will be different on both individual and couple bases.

For example, there have been instances where parents did not consider their sexual experiences to be better after having a baby. Per a February 2018 study published in The Journal of Sexual Research, researchers found that the larger the gap between the levels of sexual desire for new parents, the lower their sexual satisfaction was, "…although relationship satisfaction was unrelated to degree of desire discrepancy between partners for both mothers and fathers."

Additionally, in a 2021 Sexologies study, women rated their sexual satisfaction as being higher while they were pregnant compared to after they gave birth. However, there is also some evidence that many parents have considered sex to be better after childbirth.

Peanut, a social networking app for moms, questioned 1,000 women ages 27 to 37 about their sex lives both pre- and postpartum in a survey from August 2018. The results showed that the physical and emotional toll of growing a baby didn't put a damper on sex. And completely contrary to all the stereotypes, 61% reported higher levels of sexual desire than ever—in other words, that they wanted to have more sex after pregnancy compared to pre-pregnancy. The results from Peanut also revealed that the quality of sex after having a baby was not the same: For almost 74% of the mothers surveyed, postpartum sex was considered the same or even better than prepartum sex.

Further, some mother and father participants from an International Journal of Clinical and Health Psychology study published in September 2019 reported increases in postpartum sexual satisfaction—though it was noted that the satisfaction was related to a lower stress level for the fathers but not necessarily for the mothers.

Feelings about sex following the birth of a child can and will be different for everyone and their specific situations.

Other Considerations About Postpartum Sex

According to the American College of Obstetrics and Gynecology (ACOG), there's not a set period of time before sex can resume after childbirth. Still, healthcare professionals typically recommend waiting four to six weeks before having postpartum sex. This gives your body time to heal and lowers your risk of infection, especially if vaginal tissue was torn during delivery.

It's also important to note that the waiting period for having sex after childbirth may vary depending on your recovery needs. The Peanut survey showed that some moms were eager to get back in the game: 52% said they returned to having sex once their healthcare professional gave them the go-ahead.

It's also fine if you're not completely excited or have concerns about postpartum sex. In the Peanut survey, 62% of moms said they were worried about what it would be like—meaning that nervousness about postpartum sex can be pretty common. Out of that group, 72% reported that they were afraid of pain, and 24% said self-consciousness played a role.

You may experience changes in sexual desire before and after childbirth as well, but don't fret if your sex drive takes its time coming back. A March 2020 Sexual Medicine study noted that within six months of giving birth, 89% of women returned to having sex.

Everyone will feel differently about having sex after childbirth. While some people may feel hesitant, nervous, or unsatisfied about postpartum sex, others may be excited and pleased about it. Either way, the biggest thing to remember is that you are not required to have specific emotions or thoughts about post-childbirth sex. However, if you find that you are having difficulties with your sexual experiences following the birth of a child, consult a healthcare professional for recommendations that may be able to help. 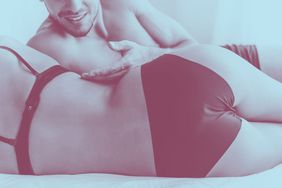 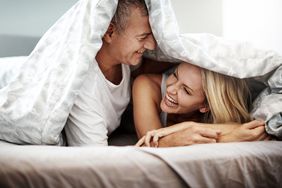 This Is How Your Sex Life Could Change After Having Kids