They're not just good for your stomach. Probiotics might reduce vaginal infection risk.

If the only thing you know about probiotics is that they live in yogurt, well, you're not wrong. But there's so much more they do—and they could help you deal with a vagina that's out of whack.

But first, a scientific refresher: We're conditioned to think that bacteria = bad, but that's not always the case, especially when it comes to your vagina. Your genitalia are teeming with bacteria that protect you.

The Role of Good Bacteria

"The vaginal microbiome or microenvironment is a dynamic ecosystem of mostly bacteria but also some fungi and even viruses," said Anuja Vyas, MD, OB-GYN and the vulvovaginal health director at Houston Methodist Hospital. Some common bacteria include Streptococcus, Staphylococcus, and Gardnerella, but the main one—which typically makes up more than 70% of the vaginal bacteria —comes from the genus Lactobacillus. This bacteria produces lactic acid and hydrogen peroxide in the vagina, allowing for an acidic environment, Dr. Vyas explained.

All that bacteria live in harmony to maintain the vagina's acidic pH levels, said Anthony Agrios, MD, OB-GYN and clinical professor in the department of obstetrics and gynecology at the University of Central Florida School of Medicine. Keeping your vagina at an acidic pH is especially important because "it protects women against sexually transmitted pathogens and opportunistic infections" that thrive in a more neutral pH, said Dr. Vyas.

It's tough to throw off your vagina's pH, but if that delicate balance skews off-kilter, "it can lead to symptoms like vaginal discharge, burning, itching, a sensation of pressure, vaginal and vulvar swelling," said Dr. Vyas, and also make you more susceptible to urinary tract infections, bacterial infections like bacterial vaginosis, fungal infections, and sexually transmitted infections. Some antibiotics, hormonal contraceptives, douches, and even semen can also mess with your vaginal bacteria levels. That's where probiotics come in.

According to the National Center for Complementary and Integrative Health (NCCIH), probiotics are living microorganisms that provide health benefits when used orally or topically. Probiotics are good-for-you microorganisms that "generally contain a variety of bacteria that promote a stable internal environment," said Dr. Agrios. "If for some reason the vagina is depleted of certain normal bacteria, a probiotic may help to re-introduce those species to replenish the colonies."

Most females don't need any preventive treatment to maintain vaginal health, said Dr. Vyas. Your vagina can self-correct an out-of-balance pH most of the time. But if you suffer from recurrent yeast infections or bacterial vaginosis, taking a probiotic regularly could help ward off these annoying and unpleasant conditions.

There are many probiotic brands for females out there available at drugstores and online sites. "Most probiotic formulas contain many bacteria because all of them are natural constituents of the gut and vagina, and the minor components may also provide some help in restoring the vaginal environment," said Dr. Agrios. But your best bet is to find one with a high amount of Lactobacilli. "This is the single most important bacteria for maintaining vaginal pH," said Dr. Agrios. Furthermore, according to a study published in April 2022 in the journal Frontiers in Microbiology, the probiotic Lactobacilli plays a key role in balancing and maintaining healthy vaginal microbiota.

"Both yeast and BV thrive in an alkaline environment with few Lactobacilli," said Dr. Agrios. "Providing an extra source of Lactobacilli may help to prevent the invading yeast from thriving or the noxious bacteria from multiplying." And if you're on an antibiotic for a different infection, taking a probiotic might prevent a disturbance in the natural vaginal flora, Dr. Agrios added.

When it comes to probiotics in food, it's yogurt that could potentially help with vaginal health. "The most natural form of probiotic is yogurt with active cultures," said Dr. Agrios, thanks to its hefty amount of lactobacilli. "Although most bacteria don't survive passage through the stomach, over time enough will get through to provide a source of vaginal support."

If you think you could benefit from a probiotic, check with your healthcare provider first, then take it as a supplement, advised Dr. Agrios. True, probiotics are naturally found in certain foods. But a supplement is going to replenish the healthy bacteria faster than food will, Dr. Agrios said. 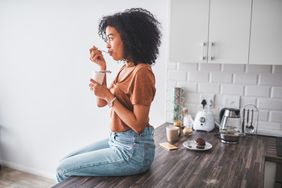 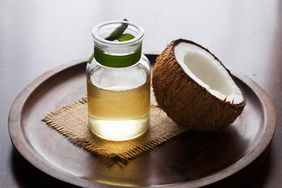 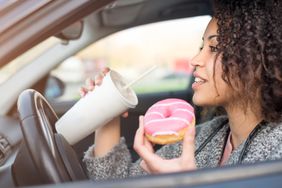