How the number of sex partners you've had might affect your cancer odds, explained.

The stigma around how many people you've hooked up with is just not something to be concerned with. After all, there's absolutely nothing wrong with having multiple sexual partners, or just one. But even though there is no right or wrong number, the number of people you've had sex with may play a role in your risk of developing cancer.

In a February 2020 study published in BMJ Sexual and Reproductive Health, researchers evaluated data from the English Longitudinal Study of Ageing, which tracks individuals ages 50 and up who live in England. Subjects included 2,537 men and 3,185 women—their average age was 64 and almost three in four were married—who answered questions about how many sexual partners they'd had. Categories were broken into the following: zero to one, two to four, five to nine, and 10 or more.

Learn about what this research tells us about sexual partners, unhealthy behaviors, and cancer risk.

Role of STIs and Cancer Risk

"We expected there to be an association between the number of sexual partners and cancer risk, as previous research has shown that specific sexually transmitted infections (STIs) may lead to several cancers, and indeed, a higher number of sexual partners means greater exposure to STIs," Lee Smith, PhD, study co-author and reader in physical activity and public health at Anglia Ruskin University in the United Kingdom, told Health.

Why the difference between sexes? "It may be that the link between certain STIs and cancer is stronger in women, such as HPV (human papillomavirus) and cervical cancer compared to HPV and penile cancer," said Dr. Smith. Refresher: Certain strains of HPV, an STI transmitted via close skin or genital contact, can cause cell changes in the cervix that may lead to cervical cancer.

Of course, nobody's saying you shouldn't have sex. After all, it's good for you, said Dr. Smith. Some of the health benefits of sex include reduced stress and anxiety, improved sleep, physical exercise, increased intimacy and bonding, and cognition protection,

And no one is making the case that having a lot of sex partners causes cancer; the study only discovered a link, or a correlation, between people with more sexual partners and cases of cancer.

Also, take into account what a 91% higher risk of cancer actually means. Compared to those who slept with zero to one people, people with 10 or more previous partners were twice as likely to have been diagnosed with cancer. It doesn't mean that 91% developed cancer. Rather, it means that a higher number of sexual partners was correlated with a higher risk of being diagnosed with cancer.

Where Can You Get Tested for STIs? Here Are All of Your Options

Worried if your number of partners is high? This might relax you: The study subjects who developed cancer "were also more likely to drink and smoke, which is also associated with a higher risk of cancer, so it could be a clustering of these unhealthy behaviors that are driving the risk up," said Dr. Smith.

But since the higher cancer risk could be related to STIs, it's wise to lower your risk of contracting one of these by using condoms (not 100% foolproof, but still better than nothing). You should also get tested regularly so if you do have an STI, you can treat or manage it sooner rather than later.

Also, don't skip the HPV vaccine. Newer versions of the vaccine are up to 90% effective at protecting you from cancer-causing strains of HPV, according to Mary Jane Minkin, MD, clinical professor of OB-GYN at Yale University.

Experts suggest that females may have a greater risk of developing cancer than males with the same number of partners because the link between certain STIs and cancer is stronger in females.

Since the higher cancer risk could be related to STIs, be sure to practice safe sex by using condoms, getting get tested regularly for STIs, and getting the HPV vaccine. 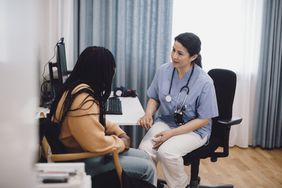 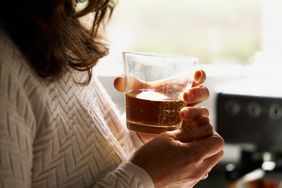 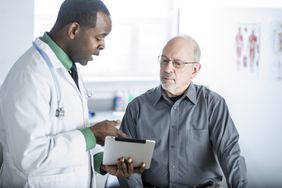 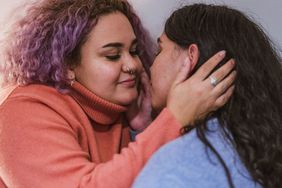 How Much Sex Is Too Much?