At least 50% of guys couldn't identify the vulva either, according to a startling new survey. We're facepalming.

We concede that the vagina is a body part that's a little mysterious. But we were pretty shocked by the results of a new UK survey of 2,000 adults, which found that 50% of men can't identify the vagina on an anatomical diagram.

Even more surprising? A similar survey conducted last year found that 44% of women couldn't find it on a diagram either.

The results from these surveys, conducted by British gynecological health organization The Eve Appeal, may make you laugh, roll your eyes, or even shed a tear or two for the sad state of female sexual health awareness. But the findings also touch on more serious concerns as well.

5 Things Your Gynecologists Is Really Thinking During Your Checkup

More than half of men polled said they would not feel comfortable discussing gynecological health issues with a female partner. And 17% said they know nothing about the topic and "don't feel that they need to know, as it is a female issue."

The Eve Appeal released its findings as part of a campaign to increase awareness among men about gynecological health issues, particularly the symptoms of uterine, cervical, vaginal, vulvar, and ovarian cancer. Men can play a vital role in identifying these symptoms in their female partners, said The Eve Appeal's Chief Executive, Athena Lamnisos, in a press release. But for too many guys, women's bodies are "still a taboo subject, shrouded in mystery."

Only 20% of men surveyed said they felt confident enough to mention a change in their partner's vagina, and just 17% felt they understood "how the vagina really works." When shown an anatomical diagram, only 50% could correctly identify the vagina (the internal canal that connects the cervix to the outside of the body), and 61% couldn't pick out the vulva (the external genital area, including the labia and clitoris).

According to The Eve Appeal's research, however, it's not just men who need a refresher course on the vagina and female health overall. Nearly just as many women had trouble identifying their private parts on a diagram, and incredibly, 19% said they wouldn't go to the doctor if they experienced abnormal vaginal bleeding.

That's alarming, say the folks at The Eve Appeal, since abnormal bleeding can be a key symptom of all five types of gynecological cancers. In addition, half of the women surveyed said they wouldn't seek medical attention if they were suffering from persistent bloating, and 15% said they wouldn't go to the doctor if they found a lump or growth in their vagina.

These symptoms certainly aren't always cancer, Jen Gunter, MD, an ob-gyn based in San Francisco, tells Health. But making that distinction should be left up to doctors, she says—not to patients.

"There's a difference between symptoms that come and go and things that are there all the time, and between symptoms that have always been there or are new or different," says Dr. Gunter. "Obviously if you eat a large meal you're going to feel bloated—but bloating is also one of the most common symptoms of ovarian cancer, and so it's important for people to notice when something has changed for them."

Besides bloating and abnormal bleeding, other potential signs of gynecological cancer include unusual vaginal discharge, pain during intercourse, changes in bowel or urinary habits, and visual changes on or around the genital area.

"If you're experiencing anything that's unusual for you, there's never any harm in calling and asking your doctor about it," she says. "We don't want people at home trying to decide what's important and what's not."

Dr. Gunter agrees that partners can and should play an active role in detecting when something isn't right with the vagina or other parts of a woman's reproductive system. "If you don't want to have sex because you're having abnormal bleeding, maybe your partner should say, 'Hey, you should have that checked out,'" she suggests. "And it should go both ways: If a woman notices an abnormal testicular mass on her male partner, for example, she should be encouraged to mention that, too."

As for men—and women—not knowing where the vagina and vulva are located? Dr. Gunter's not surprised. Many people use the term "vagina" to refer to the entire female genital region, and misunderstandings about anatomy have been documented in at least one other study. (She's written about it on her blog, as well.)

And while the technical names for body parts may not seem super important, they do matter, says Dr. Gunter.

"I've seen cases where patients call in and say they have a vaginal irritation when they really mean the vulva, and now care is happening on the wrong part of the body because of this sort of anatomical game of telephone," she says. "So apart from just being empowered enough to know what's what, there are real medical reasons why it's important to be precise." 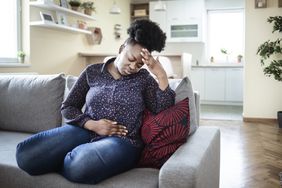