"There have been a couple of very small studies suggesting that chemicals related to the body's immune system are impacted by sexual stimulation," Gail Saltz, MD, a clinical associate professor of psychiatry at Weill-Cornell Medical College in New York, told Health.

However, Dr. Saltz pointed out that the studies were limited, and other researchers have not replicated them to confirm their findings.

"The most important way to keep your immune system functioning normally is the old-fashioned way that nobody likes to talk about: Diet and exercise," Timothy Mainardi, MD, a faculty member at Weill-Cornell Medical College in New York, previously told Health.

According to Dr. Mainardi, other immunity-boosting tips include: 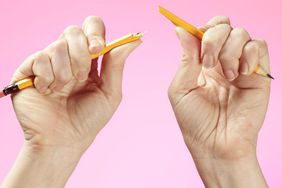 Good Stress: What Are the Benefits?