The 5 Most Common Questions Gynecologists Hear From Their Patients

You know the gyno checkup routine: Undress, put on the paper robe open to the front, scoot down on the exam table with your feet in the stirrups, hold your breath for the insertion of the speculum—then focus on a point along the ceiling to distract yourself from what your doctor is doing between your legs. Then, if your gynecologist is a good one, she'll set aside time to address your questions and concerns.

3 Ways Your Gynecologist Can Help Boost Your Sex Life

That’s when the checkup becomes routine for your gyno, because patients tend to ask the same questions—which reflects how so many women are anxious or confused about the same topics. To get you answers without having to wait until your yearly exam rolls around, we asked ob-gyns for the questions they get most often, plus their responses. While nothing can replace a consultation with your doctor, it helps to know that you're not the only one worried about these medical mysteries.

How normal is my period?

All three doctors we spoke with said this is their most common question. Unfortunately, it’s not an easy one to answer. “There’s no such thing as a normal period,” says Alan Copperman, MD, medical director at Progyny, a fertility company based in New York. “And there’s this great myth surrounding the 28-day cycle, when few women actually have that perfect 28-day cycle.”

Instead of focusing on that mythical cycle, he advises his patients to figure out what’s normal for them. Any changes in your usual experience—for example, you start skipping periods when you never have before, or your period is suddenly heavier and lasts longer than usual—can clue you in that something might possibly be up. Then you can discuss it with your doctor and get treated.

What can I do if my period is really heavy?

The definition of a heavy period generally means soaking through a pad or tampon in an hour or less. But the gynos we spoke to added more to this guideline: that your heavy flow makes a dent in your quality of life.

“When a woman gets her period, it is not unusual to experience cramping, and bleeding that requires multiple tampon or pad changes a day,” Dr. Copperman says. “Menstrual flow is a normal reproductive function, and it’s only abnormal when it’s interfering with a woman’s life." If your flow prevents you from going to work or school, or it keeps you from your usual activities, then the situation needs to be addressed by your MD. Heavy bleeding can cause anemia, weakness, and exhaustion, but it can be treated with hormonal birth control, says Dr. Copperman.

A very heavy flow can also be the result of a thyroid issue, and not nearly enough women are getting their thyroids checked, says Prudence Hall, MD, gynecologist and founder of the Hall Center in Santa Monica, California. “With these horrendous heavy flows, the first thing I think about is a low-level thyroid condition,” says Dr. Hall. "It’s just that 40% of women don’t have their thyroid properly diagnosed, and it gets missed.”

Could I have endometriosis?

More celebrities are speaking out about having endometriosis, which means that more women are realizing that the extreme pain they deal with during their periods—as well as other typical endometriosis symptoms, such as pain during sex, a long flow, and fertility issues—may be caused by this condition.

“Certainly if someone’s got really rotten periods, I would encourage them to try different birth control pills, or an IUD,” says Mary Jane Minkin, MD, clinical professor of obstetrics and gynecology at Yale University Medical School. (The hormones in these birth-control methods can help reduce cramps.) “If those don’t work, I think checking for endometriosis is a reasonable thing to do." One in 10 women of reproductive age has endometriosis, according to the Endometriosis Foundation of America.

Diagnosing endometriosis can be difficult; currently the only way to truly know is to undergo a diagnostic laparoscopy, which is minimally invasive surgery. But if endometriosis is the cause of your symptoms, treatment can be truly life-changing. Says Dr. Minkin: "If someone’s got endometriosis, we have a good variety of things to offer these days,” including hormonal meds and surgery that excises endometrial adhesions.

How can I 100% guarantee that I won’t get pregnant or an STI?

For pregnancy protection, the doctors we spoke to throw their support behind an IUD, which is more than 99% effective. “Today’s ob-gyn is a huge fan of the IUD for protecting a woman’s reproductive autonomy,” says Dr. Copperman. “I think they’re increasing in use because they’re safe, they’re effective, they’re not user-dependent. You have all the benefits of an effective contraceptive without the drawbacks of having to worry about the pill.” Another almost-perfect method is the birth control implant.

How can I 100% guarantee that I will get pregnant?

This flip side to the question above is something ob-gyns hear all the time, as the ticking of a patient's biological clock puts baby-making in the forefront of her mind. While there are certain factors you can't change when it comes to fertility—such as your age or a preexisting condition that may make conception more difficult—your doctor can advise you on lifestyle habits that can boost your pregnancy odds, such as eating right and not smoking.

The ob-gyns we spoke to also said that these days, tests exist that can help women get a sense of how ferile they are and know their options when it comes to assisted reproduction (such as IVF or using donor eggs). “Today’s woman is really empowered to show up at a gynecologist or endocrinologist’s office and ask for a reproductive check-up and with a blood test or ultrasound,” says Dr. Copperman. “She can get real, actionable information, and that’s an exciting change in the history of women’s healthcare.”

“Anxiety is really high around reproduction, and the best way to counter the anxiety is by taking control of the issue," he says. "The way you gain control is with knowledge. We can make people less anxious by answering these questions.” 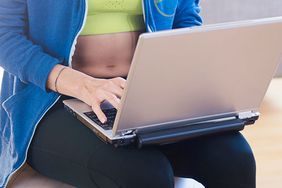 9 Things You Can Do About Your Heavy Periods
When Does Menopause Start—And How Long Does it Last?

10 Things That Mess With Your Period