Squeeze it, numb it, or think about insurance tables.(DON MASON/VEER)There is no "magic bullet" to instantly remedy premature ejaculation (PE) because its causes are not entirely understood. The problem doesn't have to get in the way of a healthy sex life, however, because there is a range of treatment options to discuss with your doctor or sex therapist.

One physical strategy for delaying climax involves squeezing the shaft of the penis right before ejaculation. "It creates a mild discomfort and keeps the event from happening," says Irwin Goldstein, MD, director of San Diego Sexual Medicine and the editor in chief of The Journal of Sexual Medicine.

Not all doctors agree. The squeeze technique is not recommended by Ira Sharlip, MD, spokesman for the American Urological Association and clinical professor of urology at University of California at San Francisco, because he feels it may be difficult to perform properly during sex.

Some people find mental distraction helpful for delaying things. The idea is to think of something completely unrelated to your partner—and distinctly nonsexual. Some guys imagine they are at a football game or do math problems in their heads.

Topical creams containing lidocaine or a similar numbing agent will reduce sensitivity, although they are not FDA-approved for this function. Or try a lubricant that's formulated with desensitizing ingredients designed to help prolong the sexual experience. Dr. Goldstein has a warning about these, though: "If you are going to use a numbing agent, you should wear a condom or its numbing effects will transfer to your partner." It is recommended, as well, that one wipe off the numbing agent before beginning intercourse.

Some oral medications designed to treat other conditions have also been effective in treating PE because of their (unintentional and otherwise unwanted) sexual side effects. For example, selective serotonin-reuptake inhibitors (SSRIs), widely used as antidepressants, can also be used to delay climax. "SSRIs raise serotonin levels, which is an inhibitor to sexual activity," explains Dr. Goldstein. "One of the side effects is difficulty ejaculating." SSRIs work best for men who take them every day, however; they don't work if you take them immediately before sex. Also, SSRIs typically have another unintended side effect—the loss of libido—so it's important to weigh the pros and cons of this option with your doctor.

The painkiller tramadol can also delay climax. "You can take it right before sex and its effect on the brain ultimately results in prolonged ejaculation," says Dr. Goldstein. Other, less desirable, side effects of tramadol include nausea, vomiting, indigestion, drowsiness, dry mouth, chills, sweating, headaches, and more. Dr. Sharlip also warns it can be addictive. 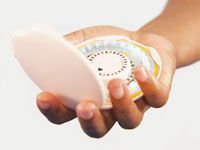 3 Kinds of Drugs That Can Kill Your Sex Drive