The most common cause of seizures is a disease called epilepsy—but that's not the only thing that can cause them.

Every minute of every day, throughout the course of your life, your brain is hard at work—it controls everything from how quickly you scroll through this article, to how many times you'll blink while reading it.

The brain is able to control all of those actions—both voluntary and involuntary—through the work of it's nerve cells or neurons. By some estimates, the brain is made up of 100 billion neurons, according to a research article in the Proceedings of the National Academy of Sciences. Those neurons are constantly communicating with each other through chemical signals called neurotransmitters that trigger electrical activity in the brain—those neurotransmitters can make cells more active, or they can dampen a cell's activity, per the National Institute of Neurological Disorders and Stroke (NINDS).

When the brain is functioning properly, those neurons communicate quickly and effectively, but sometimes, neurons don't fire as they should, and that communication between brain cells is interrupted. That's when a seizure happens. But what, exactly, causes that disruption in communication between cells to begin with? Here's what to know about what causes seizure, including why someone might experience one for the first time into adulthood.

At the most basic level, a seizure is caused by a burst of uncontrolled, abnormal electrical activity in the brain between brain cells or neurons, according to the US National Library of Medicine (MedlinePlus). As many as one in 10 people will experience a seizure in their lifetime, the World Health Organization (WHO) says.

Most commonly, seizures are linked to epilepsy, a brain disorder in which a person has repeated seizures over time, per MedlinePlus. Technically speaking, a person may be diagnosed with epilepsy if they have two unprovoked seizures (or one unprovoked seizure with the likelihood of another), according to the Epilepsy Foundation. Seizures linked to epilepsy are not caused by a known condition—hence the word "unprovoked."

"Epilepsy means that just the ups and downs of normal life will occasionally tip somebody into having a seizure; that their threshold for seizures is lower," Vikram Rao, MD, PhD, an associate professor of neurology at the University of California, San Francisco, tells Health.

But it's not just epilepsy that can cause seizures—there are quite a few things that can cause this abnormal electrical activity too, per MedlinePlus. Mainly, those causes are due to some sort of injury or illness that affects the brain. "Any brain can make a seizure under the right circumstances," says Dr. Rao. Past epilepsy, the most common causes of seizures include:

Some people may also have an unprovoked seizure—meaning it wasn't caused by an underlying condition or issue—that doesn't go on to become epilepsy. These are technically called idiopathic seizures, per MedlinePlus, and they typically occur in children and young adults, but can happen at any age. According to evidence-based guidelines published in the journal Neurology in 2015, adults who have an unprovoked first seizure are at the greatest risk of experiencing another in the first two years following the initial seizure. That risk continues to decrease as the years go on.

What can trigger seizures?

For people who have had seizures in the past, they may find that those seizures are more likely to occur in certain situations—these are known as seizure triggers, according to the Epilepsy Foundation. Those triggers, per the foundation, most commonly include:

These triggers can be very specific for some people—that's known as "reflex epilepsy," per the Epilepsy Foundation. That's when seizures occur consistently in reaction to a certain stimulus (think: photosensitive epilepsy, when seizures are triggered by flashing lights).

Sometimes, however, it can be difficult to know what, exactly, is a trigger for seizures, which is why doctors often suggest keeping a "seizure diary" to help track seizures. The Epilepsy Foundation recommends making a note of when a seizure occurs, whether any special situations surrounded it, and how you felt before and after the seizure. Once you've verified a suspected trigger, you can also note the occurrence in your diary—even if it didn't result in a seizure. This can help you and your doctor determine seizure triggers—even multiple triggers—in order to refine your treatment plan and reduce their effects. 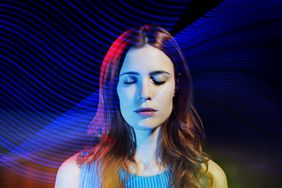