Mental illness can run in families.

Researchers estimate that about 80 percent of the risk for developing schizophrenia is hereditary, but that doesn't mean that people with faulty genes will actually develop the disorder.

"The general population's risk of developing schizophrenia is between half a percent and 1 percent," Keith Nuechterlein, PhD, professor of psychology and director of the UCLA Center for Neurocognition and Emotion in Schizophrenia at UCLA's Semel Institute for Neuroscience and Human Behavior, tells Health. "If you have a first-degree relative—parent or sibling—with schizophrenia, your risk moves to about 5 to 10 percent, so it's still not high, but it is up to 10 times as much as otherwise." Your risk shoots up to around 50 percent if you have an identical twin with schizophrenia, according to research.

Sometimes, schizophrenia risk is raised by a random mutation that is not passed from parent to child. "Occasional genetic mutations are separate but also considered a genetic contributor to schizophrenia," Nuechterlein says.

Schizophrenia is believed to be caused by an interplay of genetic and environmental factors. "The remaining [risk] factors are environmental," Nuechterlein explains.

So far, researchers have identified about 150 genes that have been shown to increase the risk for schizophrenia, but each only raises the risk a tiny amount. That means you would need several genes to have any real risk for developing the disorder, which is called polygenic risk, plus environmental factors.

"There are exceptions, for instance when the genetic mutation is in a certain place on the gene. For example, people who have a deletion of a small piece of chromosome 22—called 22q11.2 deletion syndrome—have about a 20 to 30 percent risk of developing schizophrenia," Nuechterlein says. This syndrome usually comes with other issues including heart and immune system problems and a cleft palate.

At this point, experts don't recommend genetic testing for schizophrenia, whether or not you have family members with the disorder. "Even if you have quite a few of those 150 genes, that doesn't raise your risk a huge amount," Nuechterlein says. "There's not enough known for it to be of practical significance at the individual decision-making level."

And genes are only one part of the equation anyway. The other part is environmental. Even if you have a lot of the genes associated with schizophrenia risk, in order to actually develop the disorder, those genes have to be activated by outside factors.

RELATED: Stimming: What This Behavior Is and Why People Do It

Some of these we know about. "We know that pregnancy and birth complications can be involved, especially if they involve temporarily lowering the amount of oxygen to the fetal brain," Nuechterlein says. Preterm labor, smoking while pregnant, and an infection (like the flu) while pregnant are others.

"Traumatic circumstances later in childhood also make it more likely that a genetic predisposition will show itself," Nuechterlein says. "It has to be not trivial. Adversity like ongoing sexual abuse or parental physical abuse."

RELATED: Sexual Assault Awareness Month Is Here: What You Need to Know

Some autoimmune disorders such as celiac disease have also been linked with a higher rate of schizophrenia.

At this point, it's still unclear how beneficial it is to learn more about specific genetic causes of schizophrenia. Scientists continue to look for implicated genes, but there is a point of diminishing returns when the effect of any additional gene that is identified is minuscule. Now, scientists are starting to investigate which biological processes schizophrenia-related genes affect, then clustering groups of these genes to see if they have an impact on similar processes.

"If we understand where these clusters of genes are affecting protein development and how they affect brain development, then we might be able to target treatment," Nuechterlein says, "maybe even treatments that might prevent schizophrenia from developing." 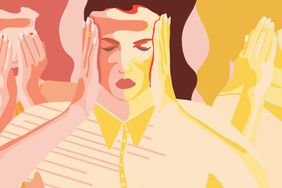 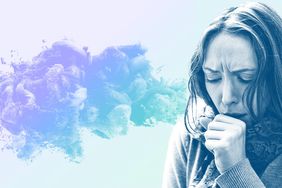 Common Things That Can Cause or Trigger Asthma