British-based influencer Charlotte Twinley is getting serious props after sharing photos of herself walking in a runway show in a two-piece that didn't hide her ostomy bag.

Twinley, who has hypermobile Ehlers-Danlos syndrome (HEDS) and postural orthostatic tachycardia syndrome (POTS), had her ostomy bag fitted in 2018 to bypass the parts of her digestive system that are affected by HEDS, according to UK's Metro newspaper.

HEDS is a connective tissue disorder caused by defects in collagen, according to the National Institutes of Health (NIH). Symptoms can include gastrointestinal issues, joint hypermobility, and chronic muscle and bone pain. HEDS causes problems with Twinley's joints, which tend to partially dislocate, and with her digestive system.

POTS is a condition that affects blood flow, according to the Cleveland Clinic. It can lead to symptoms like lightheadedness, fainting, and an uncomfortable, rapid increase in heartbeat when someone with POTS stands up.

Twinley shared a series of photos from The Real Catwalk fashion show, which feature her in lavender-colored lingerie and knee-high black boots. (The Real Catwalk is a non-profit that hosts catwalks and campaigns to celebrate body diversity.)

While Twinley looks confident walking on the outdoor runway, she made it clear in the caption that it was mentally tough for her to participate in the event.

"I'm not gonna lie, I've been struggling recently. With myself and my body image.. even with this account," she wrote. "I've been doubting myself and overthinking how I'm doing things and thinking everyone doesn't like me and I've not been handling some mean comments and messages very well. On Friday, before I left home to stay at my brother's for Saturday, I got myself into a huge state and thought about pulling out… ."

POTS Is an Illness Causing Fatigue, Rapid Heartbeat, and Nausea—Here's What It's Like to Live With It

But Twinley said that the experience was "so uplifting," adding, "it kinda came at a good time! It really helped me."

"Chronic illness, depression, anxiety, anorexia, self harm, suicidal thoughts, isolation, sexual assault, rape, surgery. After all this, I've been able to keep going," she continued. "Despite the loneliness I feel, the pain and fatigue I experience.. I've kept going. After years of hating my body and wishing it could be different, I can't tell you how empowering it is to start celebrating it for what it CAN do! After all, ALL BODIES ARE GOOD BODIES ✨."

Twinley shared that she was nervous and "shaking" before, during, and after the show. "Of course, I LOVED it and had the most fun — and wish I could do it again! 😍" she said. "I guess what I'm trying to say is that.. no matter who you are or what you're going through, you can get through this. Honest. Give yourself some credit and celebrate YOU 💕."

The comments of Twinley's post were flooded with messages of support. "OH MY GOSH. YOU LOOK AMAZING! So so so proud of you!!! Yes girl 🔥🔥🔥," one person wrote. "You're an inspiration to so many of us❤️," someone else said.

Twinley regularly shares positive messages and photos on Instagram of herself in lingerie to try to normalize ostomy bags.

She previously told Metro that HEDS caused her colon and rectum to become weaker due to the lack of muscle support. "It was more difficult for them to move waste through my body and I started to get several different prolapses, making the problem even worse," she said. She tried different medications and diets, and even went on a liquid-only diet at one point. But by June 2017, she was no longer able to eat at all.

Eventually she had surgery to create a stoma, an opening in her abdomen, and was given an ostomy bag to collect waste from her digestive system. A year after her surgery, Twinley said she was able to eat almost anything she wants.

"I can now leave the house in the mornings, without being glued to the bathroom," she said. "I look in the mirror and I don't cry anymore. It's ironic how a bag of poo attached to my stomach could change my whole perspective on how I feel about myself." 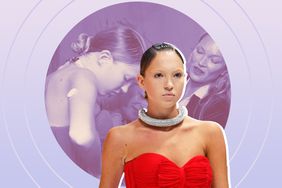 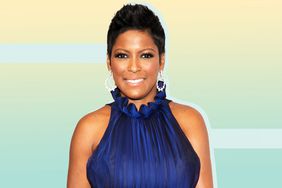