Oprah Reveals Childhood Trauma: Was Forced to Sleep on the Porch at Night in Her Book

Winfrey shares her experiences growing up in her new book on surviving abuse.

Media queen Oprah Winfrey has become the face of living one's best life. Unfortunately, she's had to survive a lot of trauma to get to where she is.

While promoting her latest book What Happened to You? Conversations on Trauma, Resilience, and Healing, written with a child psychiatrist and neurologist Bruce D. Perry, MD, PhD, on the Dr. Oz Show, Winfrey reveals the abuse she experienced at the hands of her parents and grandparents. One beating from her grandmother even left her bleeding through her church dress. "One of the welts on my back opened up and bloodied the dress," she recalled tearfully.

Winfrey linked her issues with safety while sleeping to another brutal incident that happened as a child.

"My grandmother and I slept in the bed together. My grandfather was in a room on the other side of the wall and one night in the middle of the night, my grandfather gets out of bed and comes into the room," Winfrey explained. "And I wake up and he has his hands around my grandmother's neck and she is screaming." Winfrey recounted how her grandmother pushed her grandfather away and ran to call for help, and a man locally known as "Cousin Henry" came to her rescue.

"After that, my grandmother put a chair underneath the doorknob and some tin cans around the chair," she remembered. "And that is how we slept every night. I'm sleeping, I always slept with, listening for the cans. Listening for what happens if that doorknob moves."

Winfrey shared more traumatic memories in her book, including how after her grandmother died and she moved from Mississippi to Milwaukee to live with her mother, she was forced to sleep on the front porch of the house her mother lived in.

"The night I arrived in Milwaukee, the woman my mother was boarding with, Ms. Miller, took one look at me and said, 'She'll have to sleep on the porch,'" she wrote. "My mother said, 'All right.' As I watched my mother close the house door to go to the bed where I thought I'd sleep, I was consumed with a terrifying sense of loneliness that brought me to tears."

Winfrey's new book isn't entirely autobiographical. It includes chapters that delve into the connection between trauma and well-being, and Dr. Perry offers recommendations for those struggling with traumatic experiences from their childhood and beyond. "The journey from traumatized to typical to resilient helps create a unique strength and perspective," wrote Dr. Perry. "That journey can create post-traumatic wisdom." 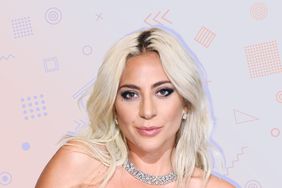 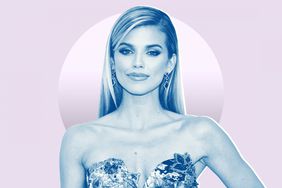