Here's how one woman finally found out she had the autoimmune disease psoriatic arthritis after seeing a rheumatologist.

Mollie Carman, 55, developed psoriatic arthritis when she was a teenager—but it took her three decades to get an official diagnosis. Along the way, doctors suspected she could have fibromyalgia or lupus. Everything changed when she finally saw a rheumatologist. Now, Carman is working to increase awareness about the painful disease.

It's hard to remember a time when I didn't have [this] psoriatic disease. As a baby, I had psoriasis on my scalp—it is really sad that this disease can affect small children.

Then, when I was about 13 years old, I developed a type of psoriasis called guttate psoriasis, which was probably triggered by the strep throat I had a few weeks earlier. Small pink lesions broke out on about 90% of my body—my husband compares it to a poison oak rash.

Around this time, I also started suffering from excruciating back pain. I almost can't describe the feeling; it was like a muscle spasm that I would wake up with and kept feeling the entire day. But while I was diagnosed with psoriasis fairly quickly, nobody seemed to know what was causing my back pain.

The Long Road Toward Diagnosis

My symptoms worsened in my 20s and 30s, even as I somehow managed to have four children by the time I was 33. The pain started to affect my neck and other joints, but I continued doing all the things I always did—hiking with my young kids, running, and swimming in Lake Michigan. I've had physical problems all my life, so I just assumed I was weak. Meanwhile, my dermatologist, primary care doctor, and other specialists told me I could have fibromyalgia, lupus, or rheumatoid arthritis. It seemed like I'd get a different possible diagnosis at every visit.

I started reading all the medical books I could get my hands on and I became familiar with psoriatic arthritis. I even sort of "diagnosed" a neighbor who had a sausage finger—swollen toes and fingers are common psoriatic arthritis symptoms. I told him, "I think you should see a rheumatologist because you probably have psoriatic arthritis." Sure enough, he did.

I Needed to Find the Right Doctor, Too

But I didn't follow my own advice and see a rheumatologist until 2002 when I was in my early 40s. My husband and I were busy with our kids and in the process of moving from Wisconsin to Idaho. But once we were settled, I found a rheumatologist in Boise who is considered one of the best in the Northwest. He took an X-ray of my pelvis, and I finally got my diagnosis. It turned out that I have a condition called spondylitis, a type of psoriatic arthritis that can affect the bones in the pelvis. In my case, some of the joints in my lower spine had fused.

By that time, though, a lot of damage had already been done. Treatment for psoriatic arthritis can't reverse existing damage. Plus, many of them don't work that well for me since my disease is already so advanced. My pubic bones have hardened and my joints have stiffened. I have had to have cervical spine surgery and a hip replacement. Every year it gets worse, especially in the winter, when it feels like I'm walking through quicksand.

I urge anyone who thinks they might have psoriatic arthritis to find a good rheumatologist. The National Psoriasis Foundation, which I'm an advocate for, can help you find some in your area. Facebook groups can also be a good resource for tracking down rheumatologists. And luckily, it's now much easier than it used to be to find a board-certified rheumatologist who specializes in the disease.

As told to Carina Storrs

5 Foods You Shouldn't Eat If You Have Psoriatic Arthritis
Was this page helpful? 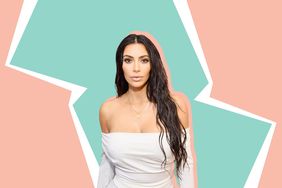 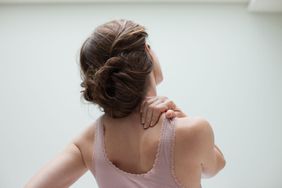 What It's Like to Have an 'Invisible' Autoimmune Disease