An itchy, flaky scalp is a common skin complaint. Often it's just dandruff, but sometimes it can be a sign of a chronic health condition.

Whether you first see the flakes on your bare shoulders or your black cashmere sweater, your reaction is probably the same: Dandruff! Unwanted scales are one of the most common skin conditions in the world.

But sometimes, the flakes and itchiness are due to another condition entirely: scalp psoriasis, a chronic inflammatory disorder. "It can be hard for patients to tell them apart because it's hard to inspect your own scalp," said Pooja Sodha, MD, assistant professor of dermatology at the George Washington School of Medicine and Health Sciences. "And they both have similar symptoms of itching and scaling."

Here's a quick comparison to tell you what you need to know about common dandruff and scalp psoriasis: what causes these conditions, their symptoms, how they're treated, and when you should see a dermatologist.

Dandruff, also known as seborrheic dermatitis, is a skin condition that causes dry patches of the scalp to flake off. According to the National Eczema Foundation, the cause of dandruff is usually an overgrowth of yeast that signals an inflammatory response.

Another possible cause of dandruff may be that you're having a reaction to a hair care product. According to the AAD, if you leave styling products or shampoo on your scalp for too long without washing, this can be irritating and lead to itching and flakes. Some people may have an allergy to certain shampoos, conditioners, or other products that touch the scalp.

Having dandruff is not uncommon. It's so common that Cameron Rokhsar, MD, associate clinical professor of dermatology at Mount Sinai Hospital in New York City, said, "Everyone will get dandruff eventually."

What Is Scalp Psoriasis?

Unlike flakiness due to common dandruff, "scalp psoriasis is a chronic inflammatory condition that triggers the epidural cells to overproliferate," said Dr. Sodha. The skin cells grow very quickly, causing a pile-up of cells on the scalp, according to the AAD. This is what creates patches of psoriasis on the scalp. It isn't really known why the immune system becomes dysregulated this way.

According to the AAD, it is estimated that half of the people that have plaque psoriasis will also have psoriasis on their scalps.

4 Things to Know About Scalp Psoriasis, According to Dermatologists

How Do the Symptoms of Dandruff and Scalp Psoriasis Differ?

The main difference between dandruff and scalp psoriasis is the location on the body in which they both occur. For example, dandruff often affects only the scalp and ears, though it can also affect the eyebrows, eyelids, and other oily parts of the body, such as the forehead and the crease of the nose, according to the AAD.

On the other hand, the location of scalp psoriasis can be different. "Scalp psoriasis will often have other manifestations," said Steve Feldman, MD, professor of dermatology at Wake Forest School of Medicine in North Carolina. Dr. Feldman said that while it's possible to have psoriasis only on the scalp and nowhere else on the body, often there are symptoms elsewhere. "People might find changes in their finger- or toenails, red, scaly spots on elbows, knees, or in the naval or gluteal cleft."

Other than locations on the body, the appearance in both conditions differs. The scalp scales of psoriasis are typically red but may look silvery on lighter skin and purple or gray on darker skin, according to the National Psoriasis Foundation. This is different from dandruff, which is white in appearance.

While the differences may be subtle, healthcare providers usually have no trouble making the diagnosis.

6 Best Shampoos for Oily Hair, According to Hairstylists

How Do You Treat Them?

There's really no way to prevent either dandruff or scalp psoriasis, though if the itching and flaking persist, healthcare providers can prescribe treatments and routines that will reduce flare-ups. And while the two conditions are quite different, they actually share some treatments.

Most cases of dandruff can be easily banished using an over-the-counter medicated shampoo, conditioner, lotion, or foam, according to the AAD. Several different ingredients target the flakes, and you may need to experiment a bit to find which one works best for you.

Dr. Sodha recommended zinc or selenium-based products, both antifungal. "Use the product two to four times a week for a few weeks, and then if you see improvement or resolution, switch to once or twice a week for maintenance."

Topical treatments like medicated shampoos are the first course of action for scalp psoriasis, too, and sometimes products with the same ingredients—such as salicylic acid and tar—are recommended, according to the AAD. "But scalp psoriasis may also be treated with topical steroids and vitamin D analogs, both available by prescription," said Dr. Feldman.

The 13 Best Dandruff Shampoos to Sooth Itchy, Flaky Scalps, According to Dermatologists

If you've tried over-the-counter solutions for several weeks, using them as directed, and your condition hasn't improved, it's probably time to see a healthcare provider.

While common dandruff usually responds to special shampoos, scalp psoriasis may need more powerful treatments. According to the AAD, in addition to the prescription topical medications mentioned above, healthcare providers may recommend a systemic (oral or injectable) medication, "especially if that person has extensive psoriasis elsewhere on the body or is waking up feeling stiff in the morning [a sign of psoriatic arthritis]," said Dr. Feldman. "There's a perception that scalp psoriasis is resistant to treatment. But these products work."

Although dandruff and scalp psoriasis may appear similar in symptoms and treatments, they are two different conditions. Your healthcare provider will be able to distinguish what condition you are dealing with and advise you on the proper course of treatment. 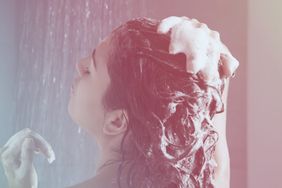 The Best Shampoos for Psoriasis, According to Dermatologists 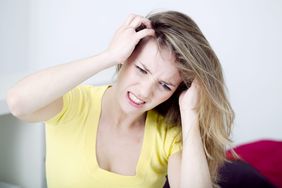