It's not just about itchy, scaly, red and silver patches of skin.

Psoriasis is a chronic skin condition that causes red and silver itchy, scaly skin. One of the common symptoms of psoriasis is nail changes, including pitted nails.

In 2018, a study published in the New England Journal of Medicine detailed the case of a 28-year-old, unnamed male patient who noticed changes to his fingernails over three years. He had small depressions, also called pits, and yellow discoloration across the nails of both hands.

He also had scaly plaques on his elbows and knees. His healthcare providers diagnosed him with psoriasis. Here's what you should know about why psoriasis causes pitted nails and symptoms and treatments.

While nail changes might not be the first symptoms that come to mind when you think of psoriasis, they're not uncommon. Psoriasis can also make nails thicken or, in a process called onycholysis, cause nails to separate from the underlying nail beds.

If you have psoriasis, it's essential to check your fingernails and toenails for signs that the condition spread to your nails. Common symptoms of nail psoriasis include:

How To Treat Pitted Nails

If you notice pitted nails, don't ignore them. While treatment can be challenging, your healthcare provider can recommend the proper treatment to help clear any painful symptoms.

And if you have nail psoriasis, pitted nails may worsen, or an infection can develop without treatment. Some people might even develop "disappearing" nails, affecting their ability to use their hands or walk.

Your healthcare might prescribe medicine if you have mild or early nail psoriasis, such as:

You'll apply the medicine to your nails for several months, often once or twice a day. Sometimes, your healthcare provider may combine two medications to increase the treatment's efficacy.

But on their own, those medicines aren't highly effective. So, your healthcare provider may recommend treatment in their office or clinic, like:

It's also important to avoid physical stress on your nails. If psoriasis affects your nails, try avoiding putting too much pressure on your fingers or toes. For example, you might open a door with your whole body rather than the tips of your fingers.

In people with psoriasis, nail changes are a fairly common symptom. In addition to discoloration, pitted nails are also common.

While treatment can be challenging, it is essential to alleviate symptoms and prevent further complications. 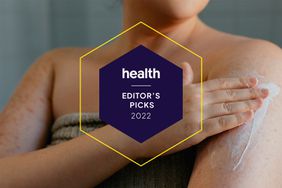