Treating This Condition Could Cost $200 or $10,000—Depending on the Drug Used

Researchers say this is just one example of the out-of-control costs of brand-name pharmaceuticals.

It’s no secret that medical costs can vary widely from hospital to hospital, and even from patient to patient. But a new study in JAMA Internal Medicine highlights just how bad the problem has gotten in the United States, by calling out one specific and stark example: Treating a pregnant woman at risk for premature delivery can cost as little as $200 or as much as $10,000 or more, the new research found, depending on which one of two medications a doctor orders.

The two injectable drugs have the same active ingredient—a synthetic version of the hormone progesterone, which can help keep women with a history of preterm birth from going into labor early. Yet, when researchers from Harvard Medical School compared medication costs for more than 3,800 women across the country, they found that one cost an average of $206 while the other cost $10,917 on average—a difference of 5,200%.

That’s because in 2011, the FDA granted KV Pharmaceutical Company exclusive rights to market and distribute the drug, hydroxyprogesterone caproate (also known as 17P), under the brand name Makena—sending its price from roughly $10 a dose to around $1,500.

Doctors who use compounding pharmacies, which have a special license to create made-to-order formulations of drugs, can still order a generic version of 17P. But while use of the prepackaged, brand-name drug has steadily increased since 2011, the new analysis shows, use of the inexpensive, compounded version has begun to decline.

That’s troubling, says co-author Andrew Beam, PhD, an instructor of biomedical informatics at Harvard Medical School, especially since he and his colleagues found no statistically meaningful difference in the rate of preterm births to women given either drug—about 25% among both groups.

The researchers note that made-to-order drugs carry a slightly higher risk of contamination than mass-produced ones, but that compounding pharmacies still follow strict federal regulations. The study could not analyze every complication suffered by women in the study, but for the side effects they did look at—like infections stemming from sepsis or meningitis—they found no difference in risk between those who received either drug.

All Your Pregnancy Questions, Answered

About 133,000 pregnant women in the U.S. meet the criteria for treatment with synthetic progestin every year, say the researchers. They estimate that if all of those women were prescribed the brand-name drug, costs would exceed $1.4 billion—compared to just $27.5 million per year for the compounded form.

Beam says that doctors have a choice in what they prescribe, although they may be limited by proximity to the nearest compounding pharmacy. “If you don’t have a qualified facility nearby you may not be able to get the cheaper version, but patients certainly have the right to ask,” he says. “Depending on their insurance plan and co-pays, they may be shouldering a portion of the drug’s cost—so it’s certainly worth a try.”

AMAG Pharmaceuticals did not immediately respond to a request for comment, but Makena's website does include information about financial assistance for eligible patients.

Beam says the study wasn’t done to single out a specific drug or a specific medical condition; rather, it was written to make a point about health-care and drug costs as a whole.

“Health care is super contentious in this country right now, and everyone has opinions about the best way to pay for insurance,” he says. “But we could easily figure out how to pay for health care if it wasn’t so expensive in the first place, and this drug is a pretty clear instance of an extremely high price tag where it’s not necessary at all.” 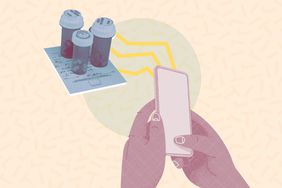 5 Prescription Delivery Apps That Will Save You Money

IUDs Can Be Expensive-Here's How to Make Them More Affordable 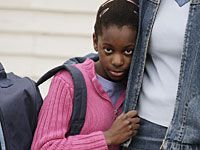