All the information that I wish my ob-gyn had given me during my pregnancy.

When I became pregnant with my daughter, I was prepared for the numerous changes that pregnancy can have on your body. People thoroughly warned me about swollen ankles and an achy back. But what I didn't know was that the digestive system issues I experienced in the days after having my baby—constipation, diarrhea, and hemorrhoids—would continue long after I gave birth. No one had cautioned me about that.

All three issues plagued me for months. I knew my meals were not the cause, as I had always eaten a high-fiber diet full of grains and vegetables. But I found myself making multiple (and highly uncomfortable) trips to the bathroom each day.

With some patience, diarrhea, constipation, and hemorrhoids started to go away—thanks to a combination of stool softeners, fiber supplements, hemorrhoid creams, and many soothing soaks in the tub.

But I do wish someone had been more upfront with me about the fact that digestive distress could persist for so long and that it can happen to people who give birth vaginally or have a C-section. So, let's talk about this. Here's exactly what you need to know about how having a baby changes your bowel movements.

It turns out that a change in bowel movements is not uncommon and totally normal after giving birth. But what is normal for one person may not be normal for someone else. It's important to remember that every person experiences different changes during and after pregnancy.

Upon further research, I was relieved to see that I wasn't alone in my postpartum digestive issues. According to Dr. Sandler, fecal incontinence, or the inability to control your bowels, affects approximately 7% of all people after childbirth—50% of people experience constipation immediately after delivery, and 24% of people continue to experience constipation at three months postpartum.

In an ideal world, your ob-gyn should warn you about those issues. While some people (myself included) might be embarrassed to bring them up, it's very important that we do. The good news is, according to Rita M. Knotts, MD, gastroenterologist and assistant professor at NYU Grossman School of Medicine in New York City, those bowel changes tend to go away fairly quickly.

"Most of the time, the symptoms aren't chronic. Most resolve after a few weeks as your body recovers from childbirth," Dr. Knotts told Health.

Why Can Bowel Movements Change After Having a Baby?

"There are several reasons why women have alterations in bowel movements after having a baby," noted Dr. Knotts. "In the immediate period, there is, of course, soreness and pain, which limit the ability to bear down and therefore the ability to evacuate."

One of the most common reasons that bowel movements change after having a baby is uterine contractions. During pregnancy, your uterus expands. And following childbirth, it must contract in order to return to its normal size. Per the Johns Hopkins Medicine Health Library, those contractions can cause loose stool.

"Your bowel movements [also] greatly depend on the integrity of your pelvic floor, which just went through something major," added Dr. Knotts.

Changing hormones following pregnancy can cause changes to your normal bowel movements, as well.

"Progesterone levels are higher during pregnancy, which helps maintain the pregnancy but also slows down your entire GI tract," said Dr. Knotts. "This also leads to pelvic floor changes."

And depending on the way you give birth, vaginally or by C-section, other factors may alter your bowel movements. For instance, people who give birth vaginally can experience perineal tearing, stitching, and straining, all of which may lead to constipation.

If you give birth by C-section, certain medications, eating restrictions during labor, supplements, or perineal stitching can cause diarrhea or constipation.

"Pain medications are also frequently used during and after birth, which can make your bowels slower, resulting in constipation," explained Dr. Knotts. Additionally, some antibiotics may cause diarrhea.

How To Treat Postpartum Bowel Issues

With attention, time, and patience, bowel changes after childbirth should disappear. Here's what Dr. Knotts and Dr. Sandler recommended, depending on your bowel issue:

General recommendations for postpartum constipation prevention include eating a high-fiber diet and drinking plenty of water, according to Dr. Sandler. Some additional treatments that can be helpful include fiber supplements, stool softeners, or a laxative, such as MiraLAX (polyethylene glycol 3350).

However, you should not take stool softeners and laxatives for an extended period, as it can lead to dependency and decreased bowel function. Follow the instructions on the package when it comes to how long to take the medicines.

Postpartum diarrhea is not uncommon among people who stretch or tear their rectal muscles during labor. Often, you can resume bowel regularity by mending your pelvic floor. Starting pelvic physical therapy four to six weeks after delivery (and continuing for at least five months) also may be effective, added Dr. Sandler.

Also, you can treat those issues with fiber supplements and bulking agents, like psyllium, and anti-diarrheal agents, such as Diamode (loperamide), explained Dr. Sandler.

When Should You Seek Help

Being a new parent is challenging enough, but when we know what to expect, it makes for a smoother transition. Had I known about those issues, I would have been better prepared.

But after I educated myself about their treatment, I found relief. For the first few months after giving birth, I relied heavily on fiber supplements and laxatives, which made going to the bathroom much more comfortable. I also treated my hemorrhoids with pain relief creams and the use of a sitz bath.

Before you head to the store to buy over-the-counter treatments, you should have a conversation with your healthcare provider about what might work best for you. Your OB-GYN might point out some lifestyle changes that can help, according to Dr. Knotts, who also explained that decreased physical activity after delivery could contribute to digestive system problems.

And although changes in bowel movements after giving birth are normal, you should immediately notify your healthcare provider if you notice any alarming symptoms. According to the March of Dimes, the following symptoms may indicate an infection:

"Yes, this an issue that you and your doctor should discuss prior to birth, given how prevalent it is. If your doctor does not bring this up, you should feel empowered to start the conversation," mentioned Dr. Sandler.

That said, it's important to speak up if you're uncomfortable. 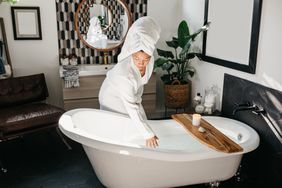 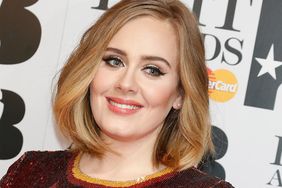 How Often Should You Poop?
7 Reasons Your Poop Looks Green

6 Conditions That Cause Uterus or Pelvis Pain
Butt Cramps on Your Period: Why It Happens and How To Ease the Pain